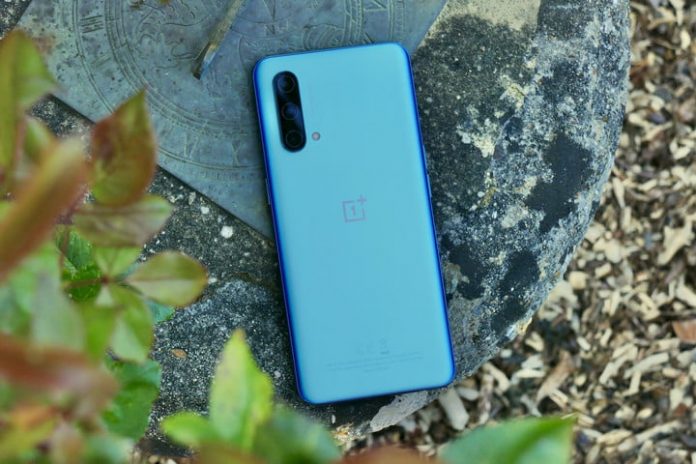 OnePlus urges us to “never settle,” and the manufacturer certainly never settles when it comes to affordable phones. It’s just released the OnePlus Nord CE 5G, a budget device that promises some tasty specs. It largely delivers on such promises, offering a generous 4,500mAh battery, 6.43-inch AMOLED display, 5G support, and some admirably smooth software. But in a world of surprisingly great budget Android phones, it faces some serious competition, with the Google Pixel 4a 5G leading the pack. For $499, it offers one of the best cameras around, as well as a long-lasting battery, user-friendly software, and a decent display and processor.

With the OnePlus Nord CE (“Core Edition”) 5G and Pixel 4a 5G offering different strengths and weaknesses, it’s not obvious which phone is the best overall. Luckily, we’ve put the two phones against each other in a head-to-head comparison. By looking at their specs, designs, displays, performance, cameras, software, and special features, we can help you decide which is the best device for your purposes.

While neither phone will win awards for having startlingly original designs, they both look attractive enough. The OnePlus Nord CE 5G sports a similar style to its recent stablemates, and the Blue Void color emphasizes its subtle curves. It features a tidy edge-to-edge display with a punch-hole selfie camera in the top-left corner, and its rear camera module is also very neat — even if it betrays a lack of originality.

It’s a similar story with the Pixel 4a 5G, which is also pleasing enough to the eye without really impressing. The black plastic rear isn’t as sleek as the Nord CE 5G’s, betraying its sub-$500 price. Still, both phones are appreciably light and not too large, so they’re easy enough to handle for extended periods of time.

Both phones also come with similarly specced displays. The Pixel 4a 5G’s 6.2-inch OLED screen offers a resolution of 2340 x 1080 pixels, which works out at 413 pixels per inch. The Nord CE 5G carries a 6.43-inch AMOLED display with a resolution of 2340 x 1080 pixels, or 411 pixels per inch. Looking solely at the resolution, you’d assume they offer nearly identical quality, but the lack of HDR support drags OnePlus down a little, even with its 90Hz refresh rate. Its colors and images aren’t always as vibrant as those you can enjoy with the Pixel, which is disappointing in light of OnePlus’ mostly laudable track record with displays.

Neither phone ships with an official IP rating, so don’t take either into your morning shower. Nonetheless, the use of plastic rears (rather than glass) should make both more durable than more premium glass phones.

The Pixel 4a 5G features a Qualcomm Snapdragon 765G processor, as well as 6GB of RAM, so it should comfortably handle the latest games and apps. By contrast, the OnePlus Nord CE 5G houses the slightly newer Snapdragon 750G, which should just about outperform 765G, although you’ll struggle to notice a big difference. One clearer advantage the OnePlus can claim, however, is the option of 8GB or 12GB of RAM (if you’re willing to pay more), giving it a slight performance boost when multitasking.

Both phones contain 128GB of internal memory as standard, although you can spend more to have a 256GB version of the Nord CE. Neither has a MicroSD card slot, so you may need to be careful if you’re a compulsive photographer.

When it comes to the batteries, the OnePlus Nord CE 5G’s is more impressive. At 4,500mAh, our review found that it can last a little more than two days under a lighter regimen, with heavy use still needing a little more than a day to deplete the phone. The Pixel 4a 5G can also survive a full day without a recharge, although at 3,885mAh it won’t get you into a second day unless you’re a particularly economical user. The Nord CE also has the benefit of being able to fast charge at 30W (as opposed to 18W), so you should be able to get it back up to 70% in half an hour.

Given this superiority, and its slightly nippier performance, we’re giving this round to the OnePlus.

As a camera phone, the reasonably priced Pixel 4a 5G is every bit the equal of its more expensive counterpart, the Pixel 5. Put simply, it’s one of the best camera phones you can buy today. It has a 12.2MP main camera lens and a 16MP ultrawide, both of which employ Google’s artificial intelligence (A.I.) expertise to capture great photographs in most environments. HDR+, Night Sight, and Portrait Light increase its utility even further, making its camera even better than those you’ll find on a lot of more expensive devices.

The OnePlus’ specs are solid enough, with a 64MP wide lens, an 8MP ultrawide, and a 2MP monochrome lens (for black-and-white shots). The photographs it takes are also solid in most cases, yet there’s a frustrating inconsistency that crops up every now and again, with some pics being oversaturated, particularly with the ultrawide lens and under low lighting.

In other words, even though the Nord is usable enough, it can’t match the consistency and quality of the Pixel 4a 5G. This round goes to Google.

Both phones use Android 11, though the Nord CE 5G has OnePlus’ very own OxygenOS 11 running over the top. This is one of the best Android skins around, offering a very smooth experience with some nice customization options, particularly with the always-on screen and battery scheduling feature. As for the Pixel 4a 5G, it runs stock Android, although in the Pixel’s case it offers some Google-only features (such as Call Screening) that distinguish it from the crowd.

It’s likely that the Pixel 4a 5G will be much better served with Android updates than the OnePlus. While OnePlus has promised two years of Android updates with the Nord CE 5G, the Pixel 4a 5G will receive these much sooner (i.e. as soon as they’re released), while it will likely receive updates for one or two years longer than the Nord. For this reason alone, we’re giving this round to the Pixel.

Both phones support 5G, which is hardly surprising, given their names. However, the Pixel 4a 5G supports the faster mmWave band only if you’re on Verizon, while the OnePlus Nord CE 5G doesn’t appear to support mmWave in the United States. You’ll therefore have to make do with the slower and faster range sub-6Hz frequencies, although these are still a big step up compared to 4G.

The Pixel 4a 5G also boasts a number of welcome software-based special features. This includes a Hold for Me feature that has the Google Assistant take over for you as you wait on hold for customer service and then notifies you when an actual human being has joined the line. It also offers a number of A.I.-powered special features, such as the helpful Call Screen, which identifies spam/scam phone calls before you take them.

The Nord CE 5G doesn’t offer all that much as far as special features go. Its OS — OxygenOS 11 — does retain the Zen Mode feature, which locks all but the essential features of the phone, meaning you can disconnect from the noise for a predetermined period of time. It’s a nice quirk to have at your disposal, although unfortunately the Nord CE 5G gets rid of the alert slider, which had previously let you toggle between ring, silent, and vibrate modes.

Because the Pixel 4a 5G supports mmWave 5G (with Verizon) and arguably has more interesting software features, we’re awarding it yet another round.

The Samsung Galaxy A52 5G starts at $420 and can be ordered directly from OnePlus’ own website. It’s supported by all major carriers in the U.S., although you probably won’t find it directly sold in the U.S., since it hasn’t been officially launched there.

It’s fairly close, but there’s little doubt that the Pixel 4a 5G is a better phone overall than the OnePlus Nord CE 5G. Not only is its camera distinctly superior, but it offers a slightly better screen, better update support, better 5G support (in the U.S.), and (arguably) better software. At the same time, it’s almost as aesthetically pleasing as the OnePlus, while its battery does nearly as good a job of keeping you going.

Facebook
Twitter
Pinterest
WhatsApp
Previous articleLess than a week after launch, the RTX 3070 Ti seems to have vanished
Next articleGoogle to roll out six new Android features this summer
- Advertisment -