HomeNewsNewer Macs Can Use Another Mac as an External Display on macOS...
News 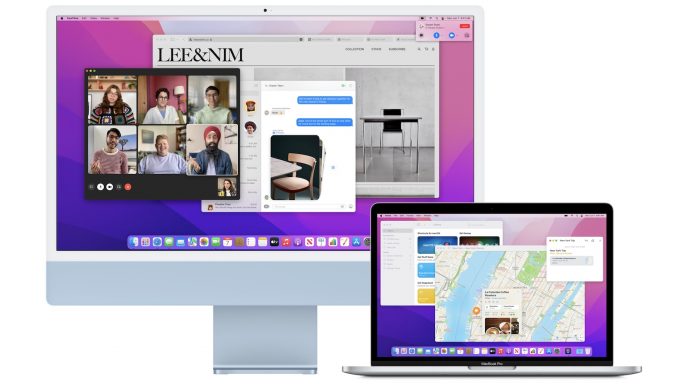 One of the key new features of macOS Monterey is the ability to AirPlay content to a Mac from other Apple devices, such as an iPhone, iPad, or another Mac. According to the macOS Monterey features page, AirPlay to Mac works works both wirelessly or wired using a USB cable, with Apple noting that a wired connection is useful when you want to ensure that there’s no latency or don’t have access to a Wi-Fi connection.

AirPlay to Mac also allows users to extend or mirror an Apple device’s display to a Mac, and we’ve confirmed this works on a Mac-to-Mac basis. This makes it possible for supported Macs to use another Mac as an external display, and with AirPlay to Mac working both wirelessly or with a wired connection, Apple has come close to reviving Target Display Mode, which allowed 2009 to 2014 iMac models to serve as another Mac’s external display.

It’s worth noting that these new AirPlay features do not serve as a complete Target Display Mode replacement, as we’ve been told that AirPlay compresses video sent from one Mac to another, and at least some latency might still be possible.

Starting with macOS Monterey, a supported Mac can also function as an AirPlay 2 speaker source, allowing users to wirelessly stream music or podcasts from an Apple device to a Mac or use the computer as a secondary speaker for multi-room audio.

macOS Monterey is available now in beta for developers, with a public beta to follow in July. The software update will likely be publicly released for all compatible Macs at some point between late September and early November.Related Roundup: macOS MontereyRelated Forum: macOS Monterey
This article, “Newer Macs Can Use Another Mac as an External Display on macOS Monterey” first appeared on MacRumors.com