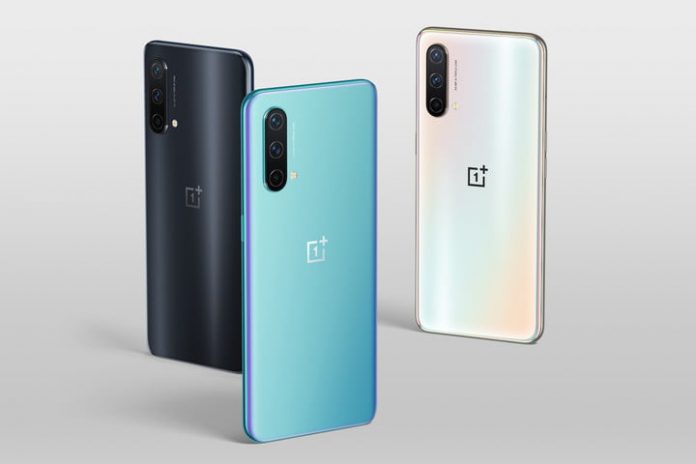 OnePlus has seen what Xiaomi, Realme, and Samsung are doing with low-cost 5G phones, and come up with the new OnePlus Nord CE 5G to take them on. Announced today for the U.K. the Nord CE — which stands for Core Edition, apparently — costs 299 British pounds, or around $421, yet has a specification more often seen on phones that cost twice as much.

The OnePlus Nord CE has a Qualcomm Snapdragon 750G processor with either 8GB or 12GB of RAM, and a big, flat 6.43-inch AMOLED screen with a 90Hz refresh rate and a Full HD resolution. The phone comes in three different colors, Blue Void, Charcoal Ink, or if you select the 12GB model which also comes with 256GB of storage space, Silver Ray too. Look at the base of the phone and you’ll spot a 3.5mm headphone jack alongside the USB Type-C charging port.

A 4500mAh battery hides inside the Nord CE and is charged using the proprietary Warp Charge 32+ system, which takes it from zero to 70% in 30 minutes. Not as fast as the OnePlus 9 Pro’s Warp Charge 65, but still very good for a phone at this price. Installed on the phone is OnePlus’s OxygenOS 11 software, based on Android 11, which will come with all the same features seen on the more expensive OnePlus 9, including the always-on screen display. OnePlus promises two years of software update support, and three years of security updates too.

There are three cameras on the back, but the Nord CE has not been given the Hasselblad treatment, so don’t expect it to produce results like the OnePlus 9 Pro. The main camera has 64 megapixels and an f/1.79 aperture and is joined by an 8MP wide-angle camera and a monochrome camera too. In a hole-punch cutout in the screen is a 16MP selfie camera. Finally, the whole phone weighs just 170 grams and is 7.9mm thick.

The 8GB/128GB OnePlus Nord CE costs 299 pounds/$421, while the 12GB/256GB version is 369 pounds/$520, and both will be available from June 21 through OnePlus’s online store, Amazon, the Three network, and John Lewis retail stores. Pre-orders will start on June 10. OnePlus is also offering its OnePlus Community members the chance to order the phone today, and receive it on June 14.

OnePlus has not announced the Nord CE for the U.S. at this stage.