Microsoft CEO Would ‘Welcome’ Apple to Bring iMessage to Windows 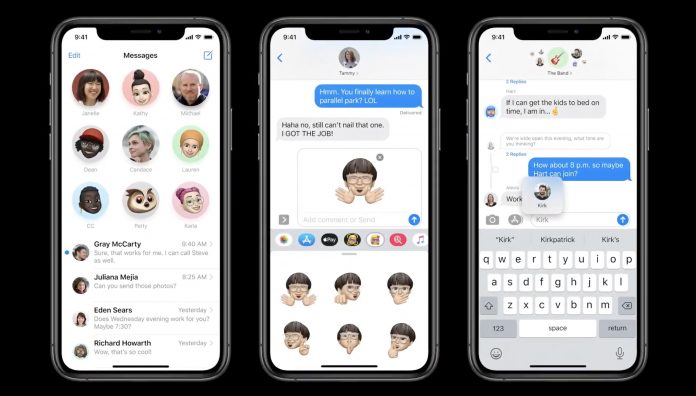 Following his company’s reveal of Windows 11, Microsoft CEO Satya Nadella sat down with The Wall Street Journal’s Joanna Stern to discuss the next generation of Windows and the possibility of Apple bringing some of its services, such as iMessage, to Windows.

One major theme of Windows 11 is its openness to third-party app marketplaces and Microsoft’s end goal of making the platform a center of creativity outside the bounds of its own Microsoft App Store. Windows 11 will allow users to run Android apps, but the integration with Windows and iPhone is lacking. In that regard, Nadella says Microsoft would “love to make sure that it works better,” referencing the iPhone and Windows.

The CEO goes on to say that, like other companies, Apple is welcome to doing anything it wants on Windows, including bringing iMessage to the platform. iMessage has been a hallmark of Apple’s devices, and despite the Cupertino tech giant partially opening FaceTime to Android and Windows later this year, iMessage remains an Apple product exclusive.

As part of the legal battle between Epic Games and Apple, court filings including internal emails between high-ranking Apple executives revealed that at one point in time, Apple had considered bringing iMessage to Android.

According to the emails, the executives felt that bringing iMessage to a competing platform “would simply serve to remove [an] obstacle to iPhone families giving their kids Android phones.” While not explicitly stating Windows, Apple bringing iMessage to its largest computer competitor could be a business disadvantage. Tags: iMessage, Windows
This article, “Microsoft CEO Would ‘Welcome’ Apple to Bring iMessage to Windows” first appeared on MacRumors.com