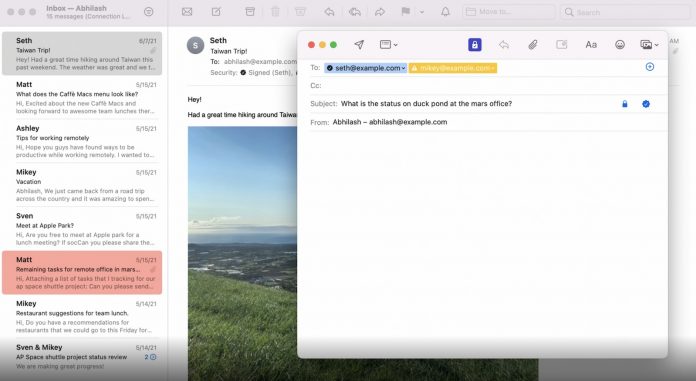 As part of WWDC this week, Apple introduced a new MailKit framework for macOS Monterey that enables developers to create Mail app extensions that block content, perform message and composing actions, and help with security.

There will be four main categories of Mail app extensions, according to Apple:

Xcode 13, available in beta, includes a template for developers looking to create Mail app extensions on the Mac. The extensions can be built into existing Mac apps and can also be distributed through the Mac App Store, according to a WWDC session about MailKit, which is available on macOS only and not iOS or iPadOS.

In the WWDC session, Apple indicated that older Mail app plug-ins will stop functioning in an unspecified future macOS release.

Facebook
Twitter
Pinterest
WhatsApp
Previous articleDark Sky iOS App, Website, and API Now Scheduled to Remain Available Until End of 2022
Next articleFaceTime on iOS 15 Alerts You If You Try to Talk While Muted
- Advertisment -

How to watch Space Jam: A New Legacy online from anywhere