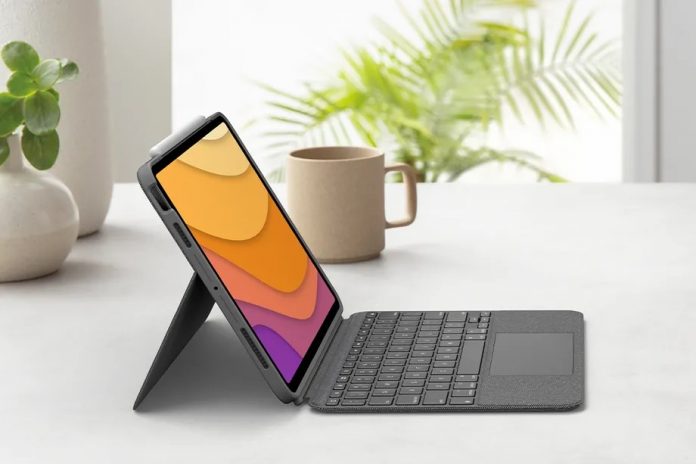 Priced at $199.99, which is $100 cheaper than the Magic Keyboard for the 10.9-inch ‌iPad Air‌, Logitech’s Combo Touch Keyboard provides a full folio case with attached keyboard and touchpad.

Like the version already available for Apple’s latest iPad Pro models, the keyboard is detachable and an integrated stand allows it to be used in various typing, viewing, sketching, and reading modes.

It connects to an ‌‌iPad Air‌‌ using the Smart Connector, so there’s no need for pairing or charging a battery. It also features backlit keys, iPadOS shortcut keys, and space at the top for storing and charging an Apple Pencil (2nd generation), which attaches magnetically to the iPad.

Logitech’s Combo Touch for the 4th-gen iPar Air comes in gray, and the company is also now offering a new “sand” color option for the iPad Pro (5th gen) version of the keyboard case.