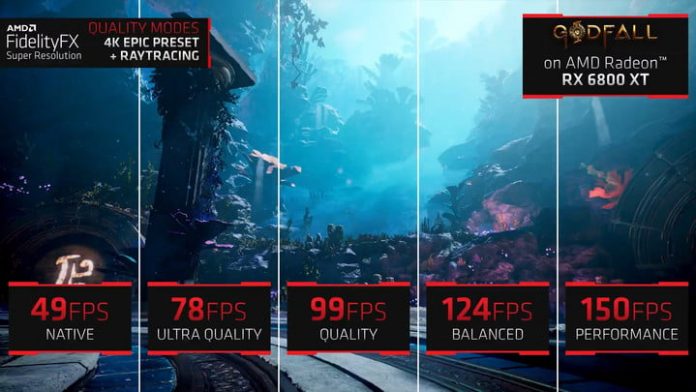 AMD’s FidelityFX Super Resolution (FSR) will launch next week on June 22. So far, AMD hasn’t announced which games will support the feature, but a new leak provides a glimpse at what the launch lineup could be. AMD plans to launch FSR with support for seven games, but most of them aren’t anything to get excited about.

The leak comes from @Broly_X1 on Twitter (via Videocardz), who has accurately leaked information about past AMD launches. In the now removed tweet, the leaker showed Godfall and The Riftbreaker topping the FSR launch lineup. In a follow-up tweet, they clarified that the list doesn’t include all of the games that will be available at launch, just the ones that will be supported. This is, presumably, because developers have free rein to implement FSR in their games, so it’s possible other titles will support the feature at launch.

Here’s the full list of titles coming on June 22:

FSR is launching with more games than DLSS 1.0. At launch, Nvidia only supported three titles: Final Fantasy XV, Battlefield V, and Metro Exodus. That said, Nvidia’s DLSS launch lineup included some heavy hitters, while the FSR lineup is a little underwhelming. The highlights are Godfall, Anno 1800, and The Riftbreaker. The other games aren’t bad, but they may not be the best showcase of AMD’s new tech, especially compared to games like Metro Exodus and Battlefield V.

The leak also included games that will add FSR support soon as well as all the studios AMD is currently partnering with. FSR will come to new releases like Baldur’s Gate 3, Far Cry 6, and Resident Evil Village in the near future, though the leak doesn’t specify any time frame.

For studio partnerships, the leak shows AMD working with Ubisoft, Obsidian Entertainment, EA, and Valve, to name a few. The list also shows Turtle Rock Studios, perhaps pointing to FSR support in the upcoming Back 4 Blood, as well as Unity, which could hint at FSR implementation in the Unity game engine.

AMD’s feature doesn’t require any specific hardware, so it can run on GPUs from AMD and Nvidia across multiple generations. That said, AMD said it won’t optimize Nvidia cards for FSR.