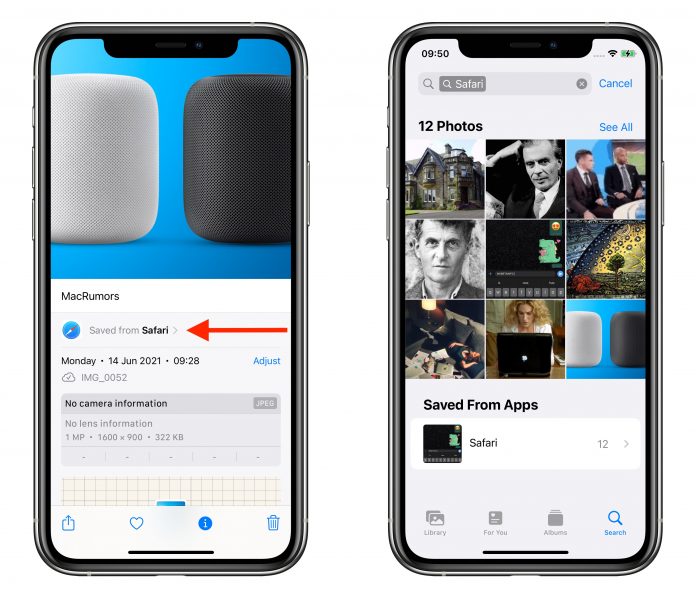 In iOS 15, Apple has made some welcome improvements to the Photos app, such as the ability to see the EXIF data for a photo. The latter feature is accessed via a new “Info” button, which also brings up a caption field for the selected photo, the location where the photo was taken, and any Look Up information available.

This metadata information also acts like an organizing tag, so if you tap the “Saved from” location in bold, the ‌Photos‌ app will filter your photo library to show you any other images that were saved from the same app, meaning you don’t have to scroll endlessly for any others that might be in your camera roll.

The new feature adds another organizational layer to your photos, allowing you to, say, find all the images you’ve saved from Messages or WhatsApp conversation threads without having to go into the apps themselves.

‌iOS 15‌ is available as an early developer beta, with a public beta due to be released next month and an official release set to drop this fall. Related Roundup: iOS 15Tag: PhotosRelated Forum: iOS 15
This article, “iOS 15 Photos App Tells You Which Apps Saved Images Originated From” first appeared on MacRumors.com

How Google can fill the Android enthusiast void left by OnePlus

Here are the best HDMI 2.1 compatible HDMI cables for PS5 and Xbox