HomeNewsGoogle is updating some of its best Android apps just in time...
News

It’s like a Pixel feature drop but for all Android phones!

Google is launching several updates for some of its apps and features focusing on safety, accessibility, and making things easier for users. The latest feature bundle is similar to the quarterly feature drops that arrive for devices like the Google Pixel 5, but these are coming to all the best Android phones, not just Pixel devices. 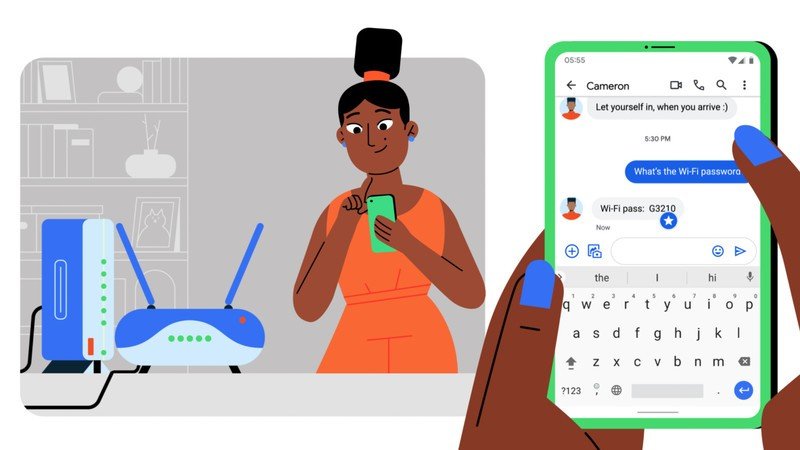 Google is making it easier to keep track of important messages with a new feature that allows users to star an individual message. This way, it’ll be easier to locate if you may need to bring up an address, email address, photo, or an important bit of information. And users will be able to filter out these messages by tapping on the starred category in the search field.

Another update coming to messages is the new contextual emojis in the Gboard Emoji Kitchen. You can already mix and match your favorite emojis, but soon Google will make it easy to pull up fun emojis based on the messages you type, including the return of Android’s emoji blobs.

The Voice Access app is gaining useful new features that should make it easier to use for persons with disabilities. It allows you to navigate your phone just by using your voice, and now with gaze detection, users can set the feature to work only when you’re looking at your screen. This should make it easier to switch between navigating your phone and talking to friends.

Passwords will also be easier to vocalize with Voice Access. You will be able to input passwords with your voice more naturally by spelling them out with individual letters, numbers, and symbols.

Google also highlights how users can just straight into their favorite apps with just their voice thanks to Google Assistant shortcuts. It seems that the feature is being extended to support even more apps like Strava and Capital One, so you can quickly resume your workout and paying bills with just your voice.

Gaze detection is currently in beta, and the new Voice Access and Google Assistant features should be available for you to use.

Android Auto is much easier to use thanks to new customization options and app features. You can customize your launcher more easily from your smartphone, and Google is introducing features like an A to Z scroll bar, a “back to top” button, and tabs for media apps, making it much easier to navigate. You can even manually set dark mode without having to dig into Developer Mode.

Google is also highlighting better support for messaging apps like WhatsApp so users can keep their eyes on the road, as well as new EV apps to help vehicles easily find parking and charging. Google says the setup process for Android Auto has also been improved and should make it quicker to get started.

Lastly, Google is continuing to expand its Earthquake Detection to more devices in more countries. The potentially life-saving feature is now available in Turkey, the Philippines, Kazakhstan, the Kyrgyz Republic, Tajikistan, Turkmenistan, and Uzbekistan. You can find the feature in your smartphone location settings, and it should be turned on by default.

Get the latest features first

The Google Pixel 5 is one of the best value flagship smartphones. It has exceptional cameras, gets fast updates, and is usually the first to gain the latest features arriving on Android, thanks to quarterly feature drops.

Facebook
Twitter
Pinterest
WhatsApp
Previous articleRealme GT is a cheaper OnePlus 9 rival with a 120Hz screen, 64MP camera
Next articleUse these Android messaging apps to keep up with your friends and family
- Advertisment -