When I reviewed the Razer Kishi controller, I loved how it morphed my phone into a Nintendo Switch-like gaming console. However, there were some aspects of it that I wasn’t quite thrilled with.

One such issue was that it could drain my phone’s battery. Furthermore, it only worked on phones because it relies on a USB-C connection. And it was extremely pricey for a controller that only worked with one device.

Fortunately, there is a similarly designed controller using a wireless connection named the GameSir X2 Bluetooth Mobile Gaming Controller. Thanks to the wireless connection and lower price, this GameSir controller solves these issues I had with the Razer Kishi, and they were nice enough to send one out for review.

The GameSir X2 Bluetooth Controller uses a familiar design modeled after the Nintendo Switch. The button layout is nearly identical and I really enjoyed the red and blue accented analog sticks that act as call back to the console’s Joycons.

The buttons are all very clicky, but there’s not much travel, unlike the Razer Kishi which has triggers that allow you to squeeze down on them similar to console controllers.

The GameSir X2 Bluetooth Controller is also larger than the Kishi, but at least GameSir provides you with a handy traveling case to keep the joysticks and buttons safe on the go. Speaking of cases, another benefit of using a wireless connection is that the GameSir X2 Bluetooth Controller can be attached to phones even when you have a case on them.

Besides the general layout of the buttons and the USB-C port on the bottom left for charging, the GameSir X2 Bluetooth Controller features textured grips on the back and feels great in your hands. This not only makes it easier to hold, but ensures you’ll be able to game for hours comfortably.

When it comes to games that support controllers like Dead Cells or cloud gaming services such as Stadia, the GameSir X2 Bluetooth worked perfectly. The analog sticks and buttons were all responsive and I didn’t experience any lag which would affect gameplay. 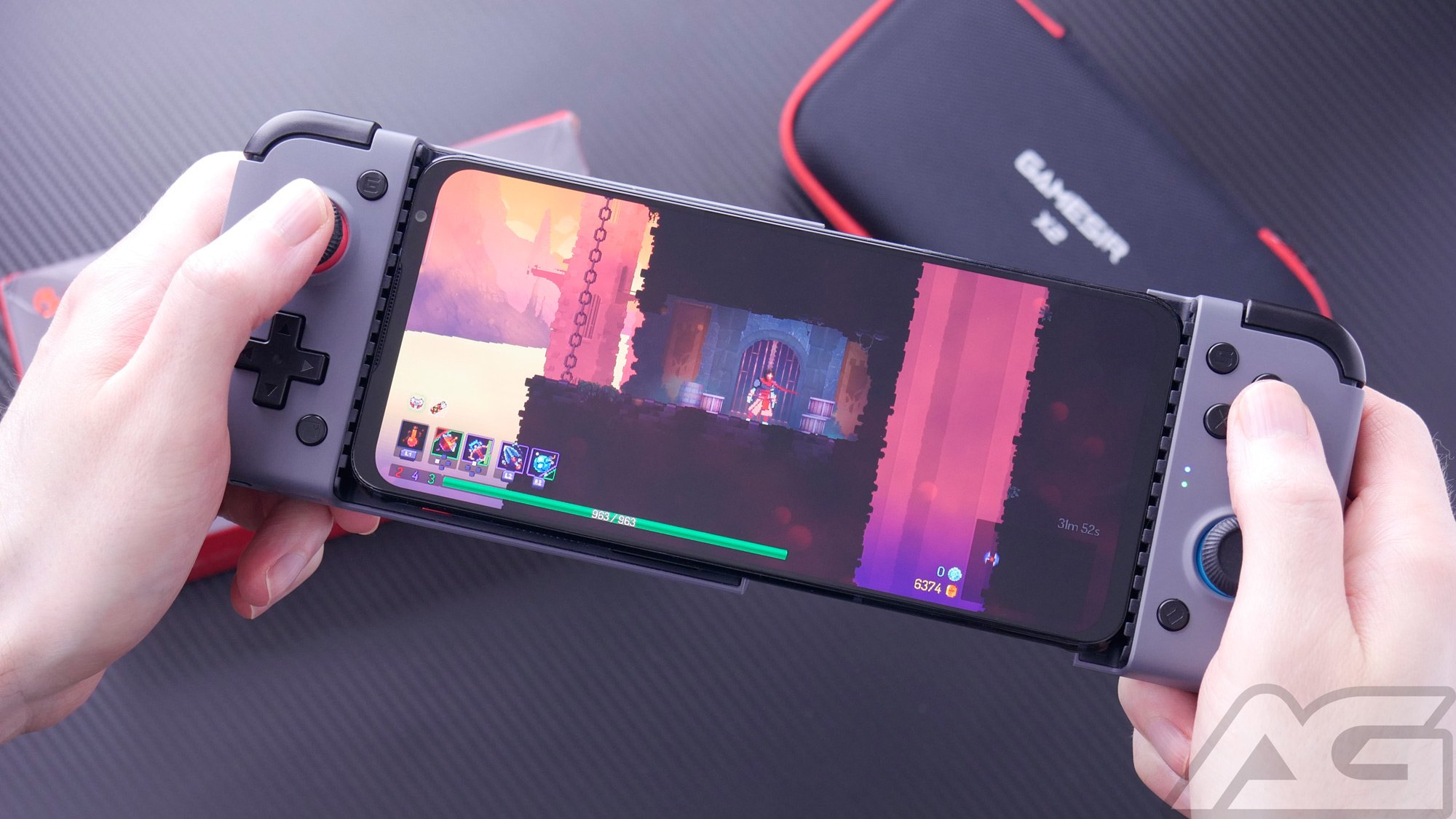 However, when it comes to games that don’t natively support controllers, such as Genshin Impact or Call of Duty Mobile, the GameSir X2 Bluetooth won’t support them out of the box. There is a workaround to make it work with these games though, but it will require installing the GameSir APK from outside of the Play Store from GameSir’s website.

It’s not recommended that you install apps outside of the Play Store, and while I don’t suspect GameSir’s app has any nefarious intentions, you will receive constant notifications about it being a dangerous app with requests to uninstall it. This probably has something to do with how the app simulates touches on the screen to map it to the physical buttons on the controller and the Play Store not liking this. 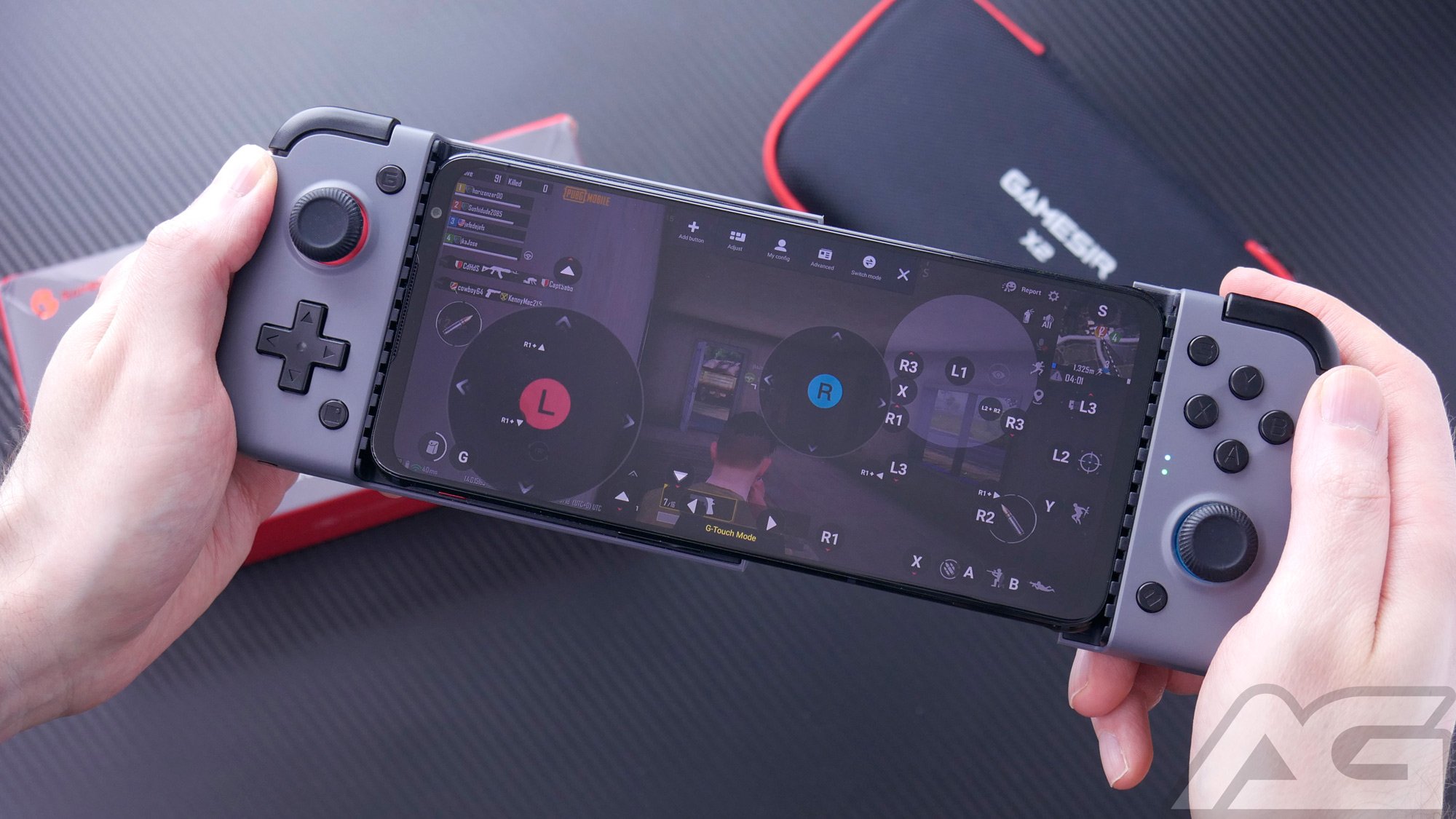 I must admit, it is an ingenious little workaround for games without native controller support, however, it does not work well. There is a lot of lag between the button presses using this workaround and the analog sticks often don’t function properly. So while I’d say this “technically works,” it is not an ideal solution, and it will cause more frustration than just using the on-screen buttons for these games.

In comparison to the Razer Kishi, some of the biggest downsides are that you’re going to have to keep the GameSir X2 Bluetooth Controller charged up, and it won’t allow you to charge your phone while playing.

In my experience, I found that it was typically good for a few hours of gaming–and since it also blocks off the charging port on the phone–you’ll most likely need to charge your smartphone by then as well anyways. 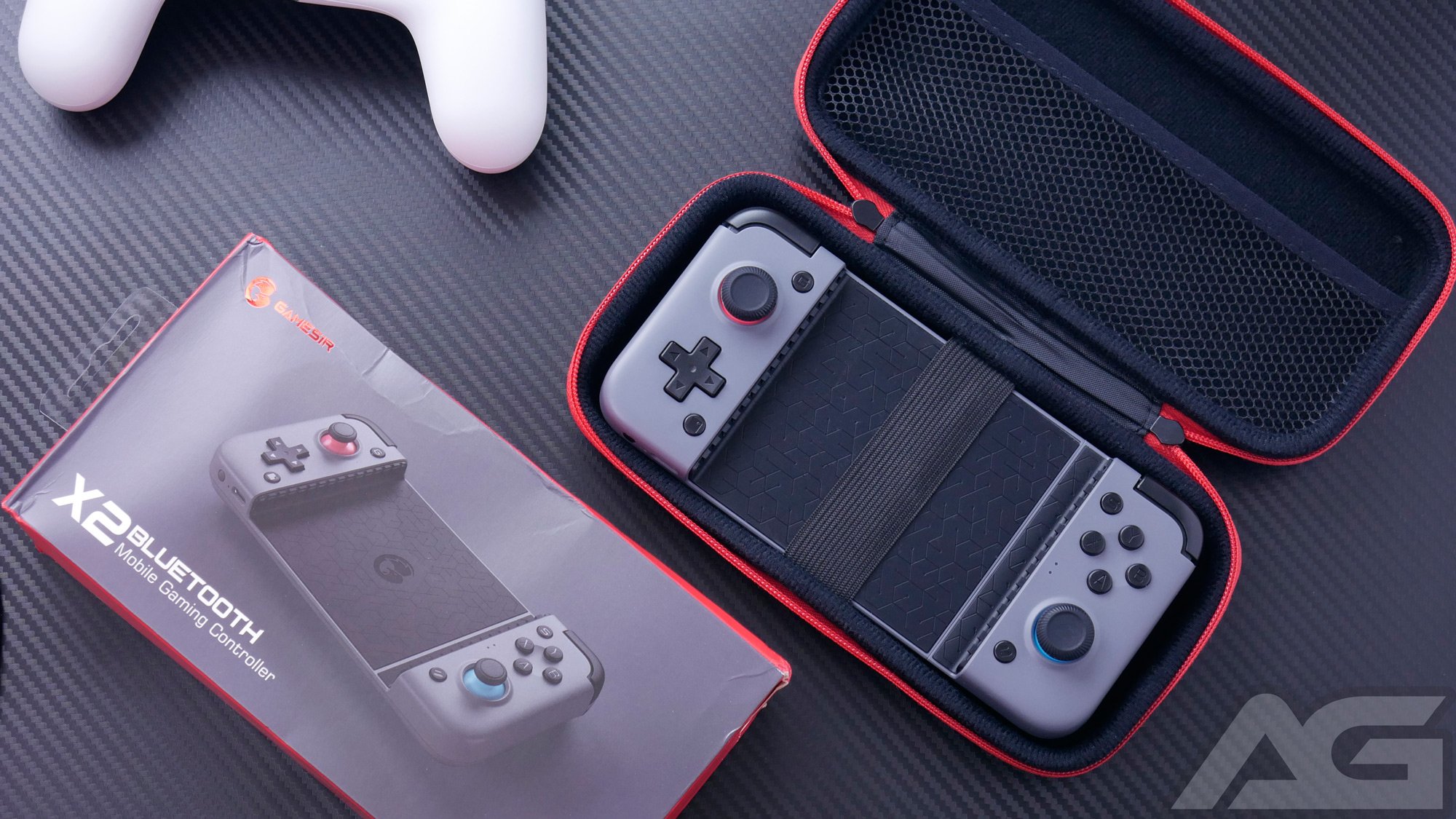 You can purchase the GameSir X2 Bluetooth Mobile Gaming Controller now from Amazon or GameSir’s website for $60.

Buy from Amazon Buy from GameSir