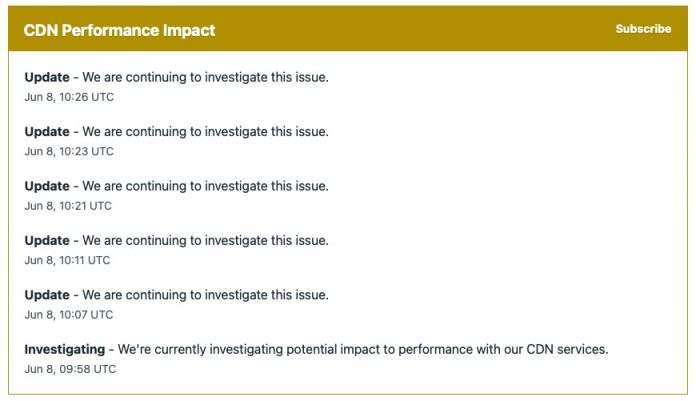 The outage is down to a glitch in content delivery network provider Fastly’s servers. Fastly has confirmed it’s investigating an outage on its status website. Having nothing to do with Fastly, none of Apple’s services are currently impacted. MacRumors.com and the MacRumors forums continue to operate as normal.

Update: After identifying the issue, Fastly says it has implemented a fix that seems to be allowing most affected websites to recover from the outage.
This article, “Fastly CDN Server Issue Brings Down Swathes of Websites [Update: Solved]” first appeared on MacRumors.com