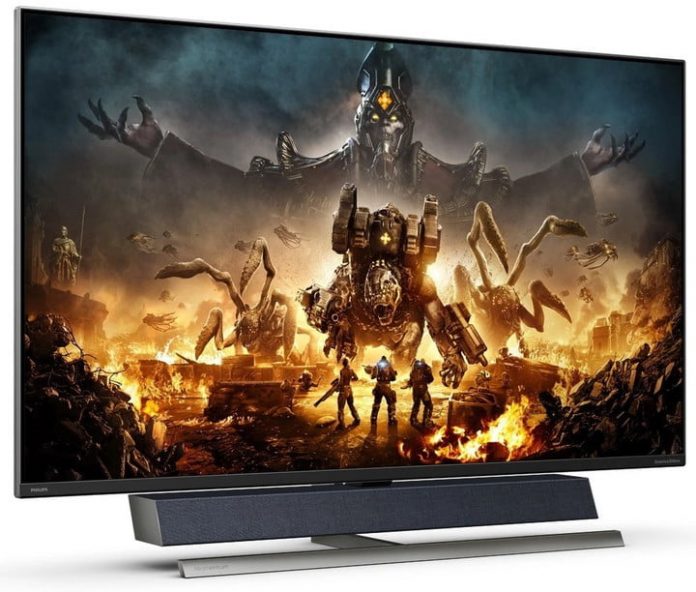 New monitors with HDMI 2.1 support aren’t just great for PC gamers. In fact, the new standard also works well with console gaming — bringing support for features like variable refresh rate, HDR content, and higher resolutions — and that’s why Microsoft is making it easy to identify new displays that will work with the latest Xbox Series X and Xbox Series S consoles. The company launched a new Designed for Xbox Monitor campaign, and console gamers who buy these screens are guaranteed to get the performance they crave from gaming.

While Microsoft isn’t launching its own first-party Xbox displays, the company claimed that it had worked closely with some leading display manufacturers over the last two years. As a result of those efforts, new monitors from Philips, Asus, and Acer with the Designed for Xbox Monitors label will become available starting this summer.

“From Variable Refresh Rate (VRR) to HDR, these monitors will harness the power of cutting-edge HDMI 2.1 technology to deliver an immersive, high-fidelity experience unlike anything seen before,” Microsoft said in a news release, noting that “you can be confident your new display can support the full speed, performance, and technology of Xbox Series X|S.”

At launch, the new monitors range in size from 28 inches to 55 inches, covering console gamers of all types, from those who want a large-screen experience to those who may be playing in more cramped spaces, like a dorm room.

The biggest display is the 55-inch Phillips Momentum 559M1RYV, which comes with its own soundbar tuned by Bowers & Wilkins integrated into the stand. And that large size, the Momentum is more akin to a home television display than a desktop monitor, but you’ll definitely get more tech than the standard TV. The Momentum supports 4K resolution, 120Hz refresh rates, and AMD FreeSync Premium Pro to further reduce screen tearing.

The panel also supports DisplayHDR 1000 for even better contrast. The Momentum will cost $1,599 at launch this summer, and Microsoft hopes to add more Designed for Xbox Monitors from Philips in the future.

If you still want a big screen but need something a bit more compact, Asus’ Strix Xbox Edition Gaming Monitor XG43UQ is a 43-inch display that supports 4K UHD visuals and a 1ms refresh rate for fast gaming performance.

This panel also supports AMD FreeSync Premium Pro technology and comes with the same DisplayHDR 1000 support as the 55-inch Momentum. Here, you’ll be getting a color accurate panel that covers 90% of the wide DCI-P3 color space, so you can likely also use this as a large digital canvas for your creative projects. Pricing will vary by region, and the Strix Xbox Edition will be launching in October.

The most compact monitor of the launch trio is the Acer Xbox Edition Gaming Monitor, which falls under the company’s Nitro branding. Acer’s take is more conservative as far as monitors go, and the compact 28-inch size means that this display looks more like a traditional PC screen than a large living room TV. The screen supports a 120Hz refresh rate, 4K UHD resolution, and AMD FreeSync Premium Pro technology. The company claimed that the panel has a fast 1ms response time and DisplayHDR 400 support, and is TUB/Eyesafe-certified to reduce eye strain. If you’re looking to switch between multiple PCs or a laptop at your desk, the Acer Xbox Edition Gaming Monitor also comes with a handy built-in KVM switch. This monitor will retail for $949 when it becomes available in the fall.

In addition to monitors, Microsoft is also working with cable manufacturers to ensure that HDMI 2.1 cables of varying lengths will also be available. One of the longest certified for Xbox cables is the new Cable Matters Active HDMI Fiber Optic Cable, which is a 32.8-foot cable that supports full 4K at 120Hz refresh rates. The cable retails for $64 and is available now at various retailers, including Amazon and Walmart.

Best Walmart Laptop Deals: Get a Chromebook for $98 and more

Intel may have just leaked its Arc Alchemist GPU lineup