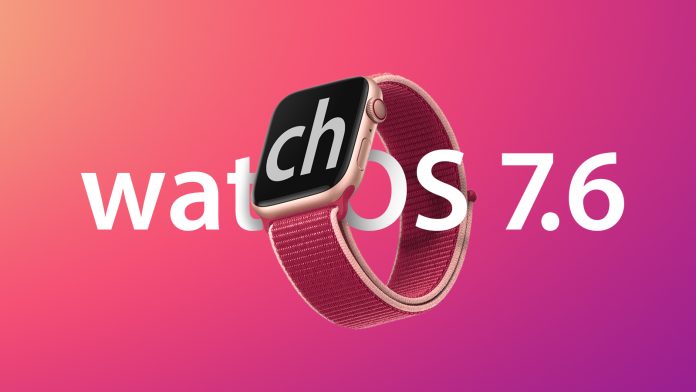 Apple today seeded the third beta of an upcoming watchOS 7.6 update to developers for testing purposes, with the new beta coming two weeks after the release of the second beta.

To install the ‌watchOS 7.6 beta, developers need to download the proper configuration profile from the Apple Developer Center. Once the profile is in place, the watchOS 7.5 beta can be downloaded through the dedicated ‌Apple Watch‌ app on the iPhone by going to General > Software Update.