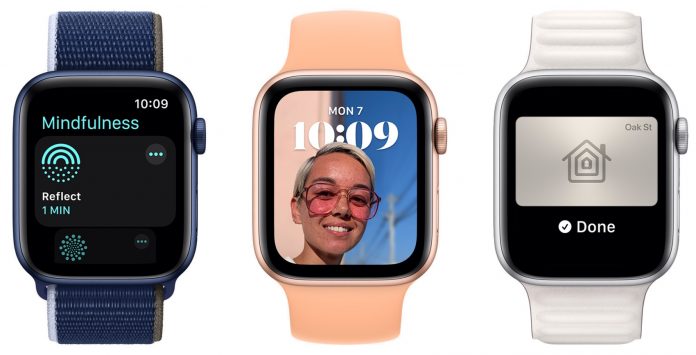 Apple today seeded the first beta of an upcoming watchOS 8 update to its public beta testing group, allowing non-developers to experience the software ahead of its fall release.

The ‌watchOS 8‌ update can be downloaded after upgrading your iPhone to the public beta version of iOS 15. After installing ‌iOS 15‌, the proper ‌watchOS 8‌ profile from Apple’s beta software website must also be installed.

The software can be accessed by going to General > Software Update in the Apple Watch app on ‌iPhone‌. To update, ‌Apple Watch‌ needs to have 50 percent battery life, it must be placed on the charger, and it must be in range of the ‌‌‌‌‌‌‌‌iPhone‌.

‌watchOS 8‌, like ‌iOS 15‌, introduces improvements to the Wallet app with support for driver’s licenses and new types of keys for homes, cars, and hotels. The Home app lets you see who is at the door with HomeKit-enabled cameras, plus the Home app has been updated to make it easier to get to HomeKit accessories and scenes.

There are new Tai Chi and Pilates workout types, and the Breathe app has been renamed to Mindfulness because it has a new “Reflect” feature that gives you thoughtful notions to consider to for mindfulness purposes. A Portrait Watch Face pulls portrait photos from the ‌iPhone‌, and the Photos app has new ways to view and navigate photos collections.

How to drop items to teammates in Back 4 Blood