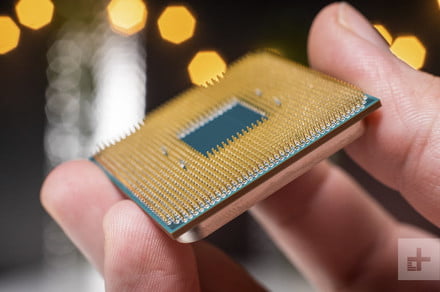 AMD talked about a lot at Computex 2021, but it didn’t touch on Zen 4 and RDNA 3 — the architectures that will power Ryzen 7000 CPUs and Radeon RX 7000 GPUs, respectively. A new rumor suggests that AMD is teeing up these two product lines for late next year, and they’ll launch at the same time.

The rumor comes from leaker @Broly_X1 on Twitter, who accurately predicted the three main talking points for AMD’s Computex 2021 keynote. They said that both product lines will launch during the fourth quarter of 2022, and although they may not launch on the same day, they will launch around the same time. The rumor also suggests that AMD will “tape out” RDNA 3 later this year, which means they’ll send the final production design off to manufacturing.

That timeline lines up with a leaked AMD road map that has been making the rounds for the past few months. Ryzen 7000 chips — code-named Raphael — will use the Zen 4 architecture. This updated architecture is based on a 5nm manufacturing process, which should allow AMD to cram more performance into a smaller package that uses less power.

The chip itself won’t be any smaller, though. A leak from May said that AMD will use the same 40mm x 40mm size on the upcoming AM5 socket (built for Ryzen 7000 chips) that it has used on AM4 socket. Otherwise, Ryzen 7000 chips are rumored to support dual-channel DDR5 memory and PCIe 5.0, though there’s still some debate on if AMD will continue using PCIe 4.0 or not.

RX 7000 graphics cards are also rumored to use a 5nm process node, offering up to a 2.5x performance increase over AMD’s top-of-the-line RX 6900 XT. AMD is apparently able to achieve this by using a Ryzen-inspired chiplet design. Instead of a single core, AMD will bundle two into a single package, offering double the compute units of even the most powerful Radeon card.

AMD has also gone on record saying that performance-per-watt improvement is “a big focus” for next-gen Radeon cards. Regardless if they launch late next year or not, these cards are still a long way off, but a slew of leaks have hinted at how powerful they’ll be once they finally arrive.