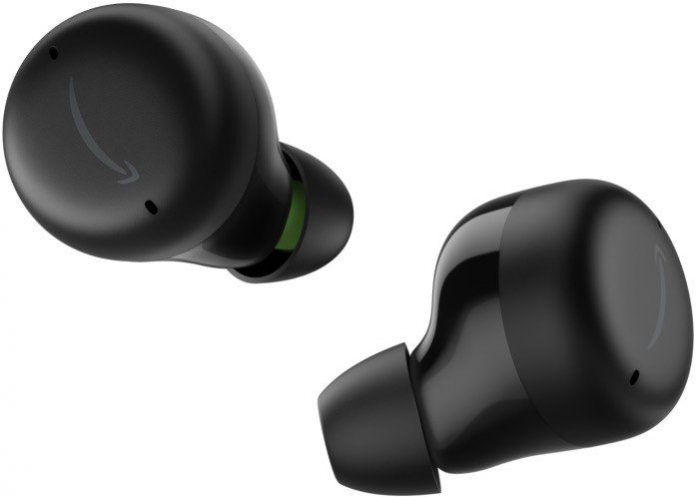 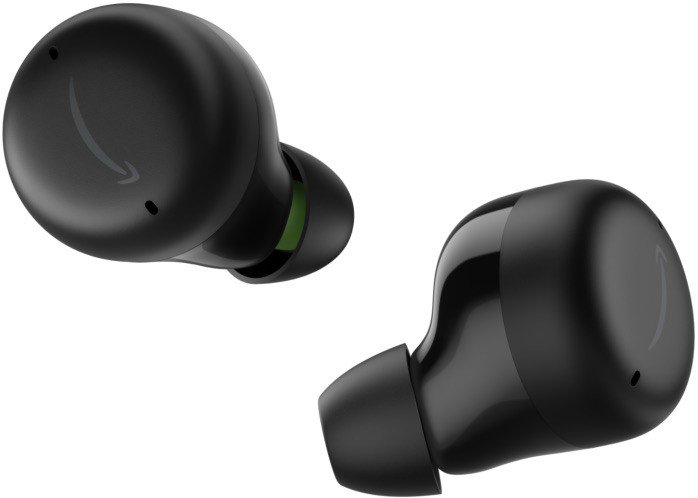 Amazon looked to right some wrongs with the second-gen Echo Buds, improving their debut effort, focusing on improving the features that will make them stand out the most. That has everything to do with how they sound, but there’s more where that came from here. 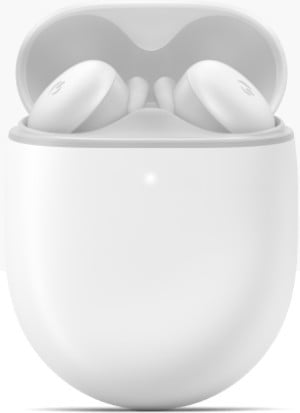 Google went more of the affordable route with the Pixel Buds A-Series, and in so doing, cuts off a few things to bring the price down. Still, the fundamental features and performance don’t fall because of it, and that’s what makes these earbuds just as compelling as where they came from.

Anytime Google and Amazon square off, there’s bound to be good reasons why, and with these respective earbuds, it’s a good time to see them compete. Both companies aren’t seeking to be the most luxurious or even take the crown as the best in the business. Neither has enough to at the top of that mountain, but there’s still plenty to like here in both respects. The Echo Buds (2nd-Gen) are an improved iteration from their predecessors. At the same time, the Pixel Buds A-Series are a budget-conscious alternative to the previous variant. 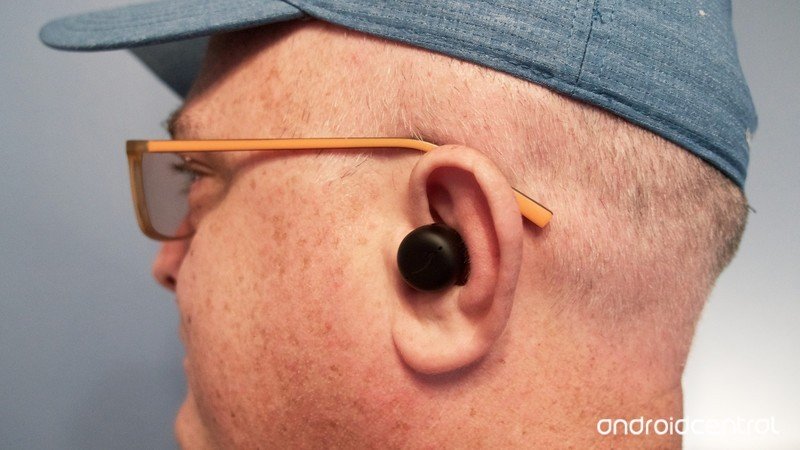 The best wireless earbuds are a mix of prices and designs, and there’s a reason why both of these are compelling enough to make that cut. Their respective prices actually put them closer to the best cheap wireless earbuds, but it’s easy to give it a real chance when you find good value.

A big part of the focus in both these cases is the greater integration with their own voice assistants. Hands-free access, that is, meaning you just wake them up as you would with any other smart speaker at home. There is some customization, but nowhere near as extensive as others on the market, so a lot of how they perform comes down to how well they’ve been made from the start.

The Pixel Buds A-Series have a battery advantage for the simple fact they don’t have active noise cancelation (ANC) or a proper ambient mode to draw power. That also helps Google afford at least one extra charge from the case than Amazon could muster with the latest Echo Buds. Neither pair is setting records with battery life, so the numbers are acceptable and hardly top-class.

If there is a caveat to power consumption, it may lie in the aforementioned voice assistants. Having them always on and listening for the wake word is naturally going to tax the battery some. Amazon bases its Echo Buds’ (2nd Gen) battery life estimates on both ANC and Alexa being on or off. Leave one on, but not the other, and your mileage will end up somewhere in the middle. The Pixel Buds A-Series don’t have quite the same issue, though it’s not to say there’s no impact. At a max of five hours on a good day with default volume, they are on the lower end of battery life for any pair of wireless earbuds, to begin with.

There’s also the matter of charging back up. Amazon made the Echo Buds (2nd Gen) case compatible with Qi wireless charging surfaces. Not so much for the Pixel Buds A-Series, which saw that omitted to cut costs (the regular Pixel Buds support wireless charging). You can charge either case via USB-C, and that includes fast charging. For the Echo Buds, it’s up to two hours of listening on a quick 15-minute charge. For the Pixel Buds A-Series, it’s up to three hours of playback from a 15-minute charge. 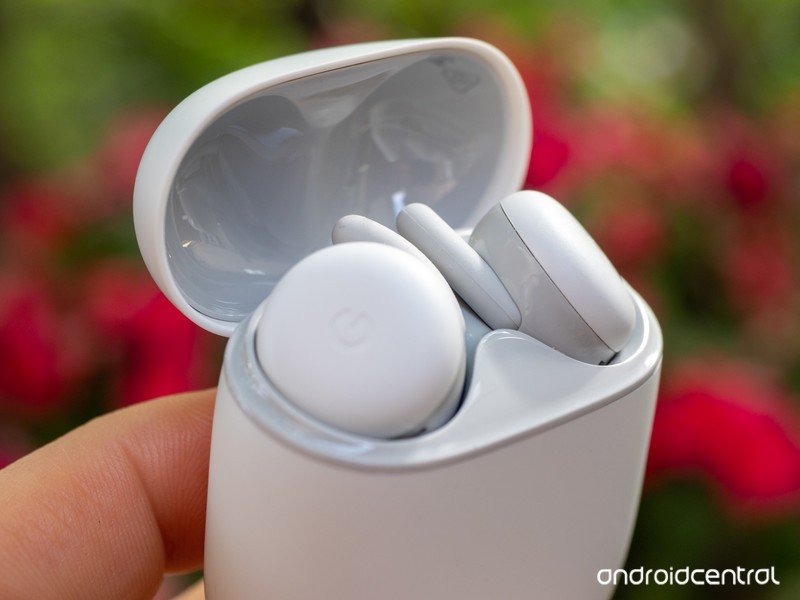 Amazon tweaked the physical design for its encore Echo Buds to improve fit, comfort and enable a tighter seal. Newer drivers also push out cleaner sound, which is pretty neutral out of the box, even if there’s a slight lean toward bass. With ANC onboard, it’s much easier to isolate sound from the noise around you or to do the opposite with Passthrough mode, which includes a way to hear your own voice while talking to moderate volume when speaking with someone.

The Pixel Buds A-Series don’t have the extras, so the sound quality makes up the lost ground. Adaptive Sound mode automatically adjusts volume based on how much noise is around you, but it’s not the same as an ambient mode, where the mics pipe in that background noise so you can hear everything and talk to someone. Bass Boost helps drive up the low end, except Google has yet to fully implement an equalizer to tailor sound further.

Amazon tweaked the physical design for its encore Echo Buds to improve fit, comfort and enable a tighter seal.

Amazon at least offers an EQ to customize the sound, limited as it may be. It’s hard to say whether the Echo Buds (2nd Gen) are a better fit than the Pixel Buds A-Series because both clearly take comfort seriously. Amazon’s earbuds’ slimmer body was clearly based on feedback from the original Echo Buds, which weren’t as ergonomic. In contrast, the A-Series have the same physical dimensions as the regular Pixel Buds, so there are no real surprises there.

Amazon Echo Buds (2nd Gen) vs. Google Pixel Buds A-Series: Who do you talk to? 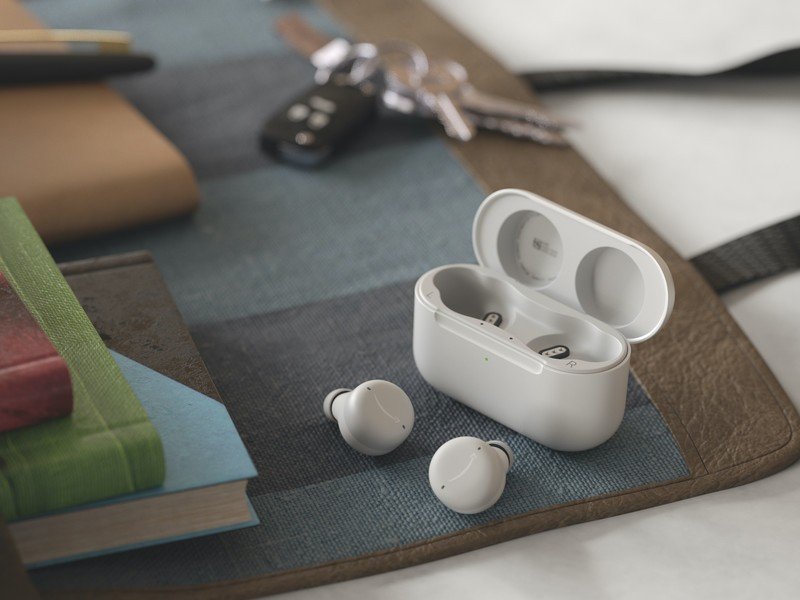 There’s no sense in comparing the two voice assistants because they already stand out in their own right. What matters more here is how they integrate with the respective earbuds. For Amazon, Alexa functions the same as it did on the original Echo Buds, so there wasn’t a significant improvement in that regard. But the fact it’s there hands-free is the kind of convenience you don’t really get with Alexa elsewhere. And since it can control music playback — particularly with Spotify — it becomes a convenient way to take care of things without reaching for your phone.

That’s the premise behind Google Assistant in the Pixel Buds A-Series. Wake it up with your voice, and you can basically control a lot of the things you would otherwise expect. Google integrated its voice assistant with the earbuds in such a way that it will read out incoming notifications. It’s a seamless integration that works well, so long as you’re already immersed in that ecosystem. These earbuds don’t play nice with Alexa or Siri, so the focus is decidedly linear.

Neither company did anything of real importance in addressing call quality. That fits within this part of the equation because it’s plausible that one of the main things you will tell the voice assistant to do is actually call someone. There may be marginal improvement with the Echo Buds because of the ANC, whereas Google sticks with its mic array to keep up the same level of quality it had before.

Amazon Echo Buds (2nd Gen) vs. Google Pixel Buds A-Series: Which one should you go with?

The Echo Buds (2nd Gen) are an upgrade for Amazon. The Pixel Buds A-Series are a lateral pivot to a more affordable variant of the existing Pixel Buds for Google. While the price difference between them isn’t huge, the expectations are aligned with where they sit, functionally speaking. The A-Series doesn’t really introduce anything new to the Pixel Buds line, whereas the second-gen Echo Buds are clearly a step up from their predecessors.

That lays the groundwork for Google to potentially upgrade the Pixel Buds to a newer pair later on, whenever that will be, but for now, the Echo Buds (2nd Gen) offer more out of the box. The Pixel Buds A-Series are good value for what you get, and would be poised to receive the same firmware updates the regular Pixel Buds get, but that’s assuming Google has something in the works for them. 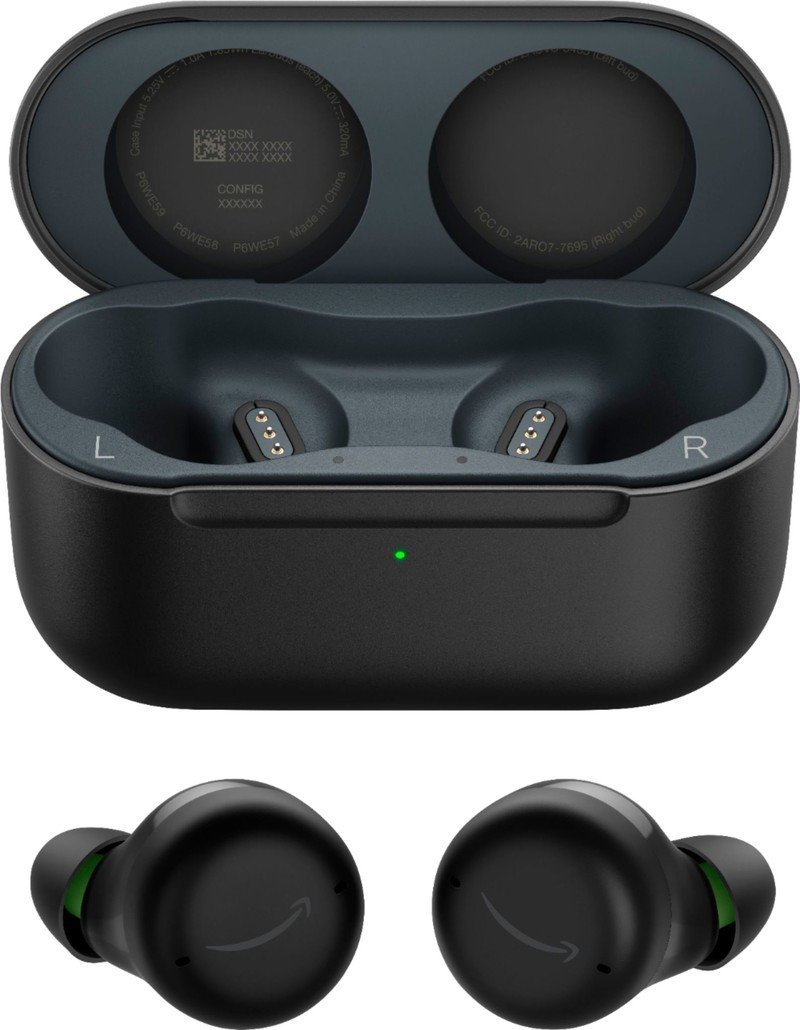 A natural extension of Amazon’s ecosystem

Amazon’s encore attempt with its Echo Buds bring in proper ANC and newer drivers to improve sound where it counts.

A budget version of the same Buds

Google’s follow-up to its Pixel Buds trim a few features, but leaves the most important elements intact for greater affordability.