HomeNewsA thief walked out of an internet cafe with $8,000 worth of...
News

A thief walked out of an internet cafe with $8,000 worth of graphics cards 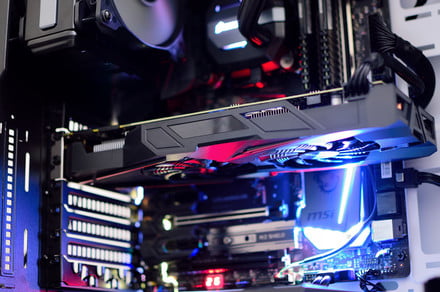 Graphics cards look like the next hot ticket item for thieves. A XChinese news outlet reports that a group of bandits stole nearly $8,000 worth of graphics cards from an Internet café in Hangzhou — the capitol of China’s Zhejiang province — and police have yet to identify them.

The story comes only a few short months after a group of smugglers tried bringing 300 GPUs across the Pacific. The business owner didn’t identify which cards were stolen, though they said each one was worth about 7,000 yuan ($1,094). In total, the shop owner said he lost 50,000 yuan ($7,812). Given how high GPU prices are right now, there’s no way of telling what cards were stolen based on the price.

One of the thieves contacted the owner about renting the café. They used a fake ID and wore a mask when meeting with the owner, citing pandemic restrictions. Once inside, the thief asked the owner to get them a garbage bag so they could have the café to themselves. With a moment alone, they were able to ascond with seven graphics cards and motherboards.

The thief told the shop owner a friend was coming into the café, but it’s not clear if the heist was actually a group effort or not. Police haven’t identified the thief and haven’t made any arrests.

Stolen graphics cards may be the new normal given the state of the GPU market. Huge demand spurred by the pandemic and compounded by cryptocurrency miners has driven up the prices of graphics cards to places they’ve never been before. In mid-2021, it’s not uncommon to spend over $1,000 for a midrange GPU. At the high end, you can expect to pay over $2,000.

And there’s no shortage of people looking to capitalize on demand. Market analysis from earlier this year said scalpers brought in $61.5 million in sales in 2020 — or $15.2 million in profit. Buyers are willing to pay up for the latest graphics cards not just for gaming, but because of the value of various cryptocurrencies at the moment. Nvidia alone said it brings in more than $400 million from cryptocurrency miners each year.

This demand has pushed many chip suppliers to try and release more supply into the market. As some analysts have noted, though, the devaluing of cryptocurrency and a drop-off in demand could cause problems for this coveted hardware.