HomeNews65% is my keyboard layout endgame, but manufacturers won’t deliver the goods
News 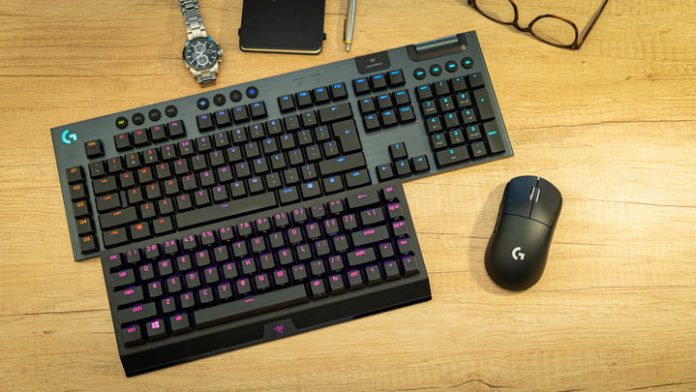 I’ve always been a full-keyboard kind of guy. Not to the point of using macros, but I’ve been religious about the full 104-key layout with a numpad, in hindsight, out of a purist’s mentality. But I’ve now been reviewing keyboards for the better part of a year, and I’m starting to doubt my faith.

You see, I — and most other people, I suspect — don’t use most of the keys on my plank. When it comes to the numpad, Num Lock goes unused, and the rest of the keys are found elsewhere, too. Of the F-row, I use F4 to close programs, and once in a while F5 for quick-saving in games while the rest, again, goes unused. And that island between the numpad and the main keys, I only use Delete – no other of the nine keys there. OK, maybe Print Screen from time to time, but it’s rare and I’ve mostly switched to the much-easier snipping tool.

I’ve long been married to the full keyboard, but now I’m contemplating divorce, and there’s a simple reason why: 65% keyboards. It’s what has made me think that the best gaming keyboard has yet to have been made.

The joys and pains of choosing a keyboard

Of course, there is really only one 65% keyboard out there, at least that I’ve used. That’s the Razer BlackWidow V3 Mini.

But it’s not that keyboard in particular that I’m in love with. It’s a great plank, but Razer isn’t really my style, and I still have one major gripe with it for office use: It sits too tall for extended typing sessions. What I really like about it is its 65% layout. It has all the main typing keys, arrow keys, and a delete. Everything I need in daily life, and nothing more. I still miss the dedicated media keys and volume roller sometimes, but the appeal of the 65% layout is winning me over.

But the layout is new, and still uncommon in the gaming space. So, what about 60% as an alternative?

Well, it around this time last year I got hands-on time with Razer’s Huntsman Mini, and later with Corsair’s inconveniently named K65 RGB Mini. Both are excellent 60% keyboards, and using them in-game was a joy – they were small, and gave me more space to mouse around.

They were so good for gaming, in fact, that it made a serious difference to my performance in Insurgency Sandstorm. To this day, I still grab one of these smaller keyboards every time I fire up the game.

Switching keyboards all the time is a hassle.

The problem? I’m also a professional typist, and switching keyboards all the time became a hassle. Once I started using 60% keyboards, I was forced to switch keyboards every time I went from work to gaming. That’s what truly shines about Razer’s 65% keyboard. When it came through my office, I suddenly found myself switching a lot less, thanks to the inclusion of the dedicated arrow and delete keys.

In the end, I still do switch, but it’s not because of the layout – but rather because I’ve used a Logitech G915 plank as my primary keyboard for the last two years. I’m in love with the comfort of a low-profile mechanical keyboard and no full-height board will do anymore – my wrists kill me if I use a normal-height keyboard all day long. That’s why it’s about time companies like Logitech give us what we all want — the ultimate 65% keyboard.

A rough mockup of what I want the G915 65% to look like. The product does not exist.

Here’s the keyboard I want: a low-profile, mechanical, 65% wireless keyboard, but with dedicated media keys and a volume roller. Basically, a G915 65%. And I’ll pay for it, gladly. In fact, I think a keyboard like that could be priced at about $190 tp $210 and still sell like hotcakes. I’d personally even (begrudgingly) accept a $250 price point, just because there’s no keyboard like that out there.

Those arrow keys and delete key are essential, and they make the 65% layout so much better than 60%.

But Corsair, you’re not out of the woods either just because you don’t make wireless keyboards. What’s up with that? (OK, I know about the K63, but it’s old and one is not enough)

For now, I’m not divorcing my trusty G915 yet. I can’t justify switching it out for a G915 TKL with the associated costs, but I am waiting. Here’s to hoping it won’t be long until Logitech and other keyboard companies hear my plea.

Walmart is practically giving away this 32-inch QHD monitor today

This Dell gaming laptop is ONLY $700 today, and we can’t believe it