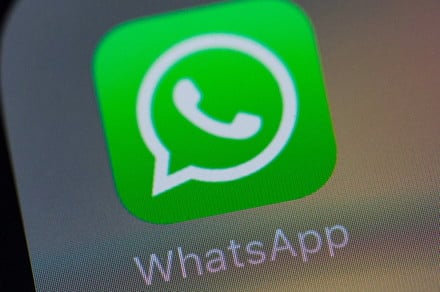 WhatsApp announced earlier this year that it was planning to change its privacy policies in a move that would lead to greater data sharing with Facebook, its parent company.

The decision elicited a backlash among the messaging app’s global community, prompting WhatsApp to delay the move and explain the changes more clearly.

It set a May 15 deadline for users to accept its new privacy policies or face losing the app’s functionality.

Unsurprisingly, that threat didn’t go over particularly well either, so now WhatsApp has softened it a little, saying that, for those who still refuse to accept the new policies, loss of functionality will be more gradual rather than sudden. But the fact remains that if you want to keep using WhatsApp over the long term, you’ll need to accept the new privacy policies if you haven’t already.

Spotted in recent days, a revamped support page now says that “no one will have their accounts deleted or lose functionality of WhatsApp” if they haven’t agreed to the new terms by May 15.

Instead, WhatsApp said that those who have yet to agree will receive “persistent reminders” within the app to accept the changes. If you continue to hold out, then after “a period of several weeks,” you’ll encounter “limited functionality” until you accept the updated terms.

The limited functionality means you won’t be able to access your chat list, but you will still be able to connect to incoming phone and video calls. “If you have notifications enabled, you can tap on them to read or respond to a message or call back a missed phone or video call,” WhatsApp said.

After a few weeks of limited functionality, WhatsApp warns that “you won’t be able to receive incoming calls or notifications, and WhatsApp will stop sending messages and calls to your phone.”

The new privacy policy will see a greater sharing of data between WhatsApp and Facebook, though when the change was announced, many feared the sharing might include message content. WhatsApp has insisted this is not the case and that all messaging on the platform will remain end-to-end encrypted. However, some data sent to and from business accounts via WhatsApp may be shared, while the company will also collect information such as a user’s phone contacts, location, device, and IP address.

We’re guessing that most WhatsApp users will have already received plenty of reminders about the company’s new policies and have probably agreed to them.

But if the ongoing saga has left you feeling like you want to switch messaging apps altogether, here are a few ideas for alternatives to try.