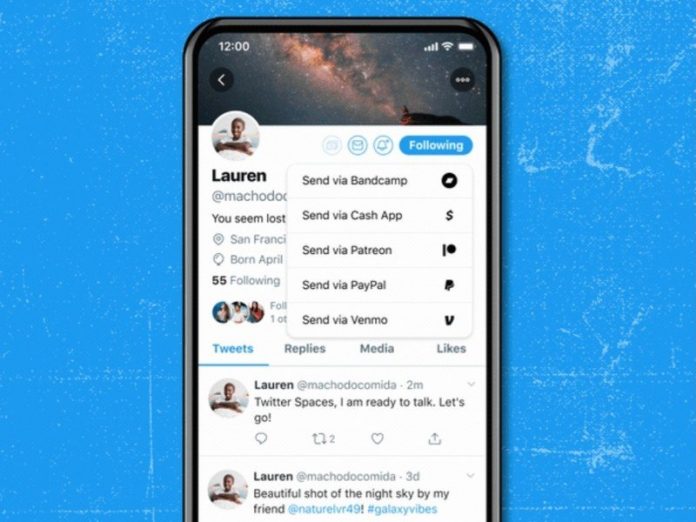 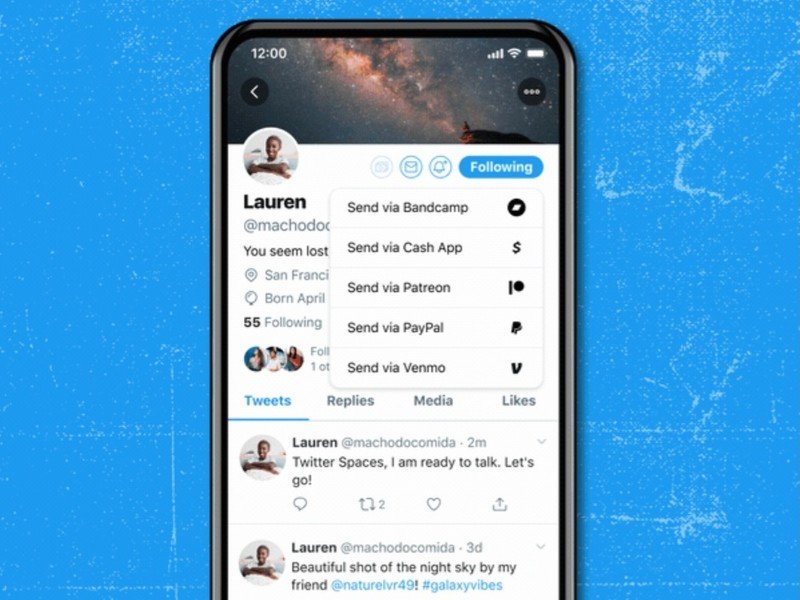 To access the feature, users have to navigate to an account with the tipping feature enabled and select the money icon, which will present them with a list of payment methods to choose from. Selecting one will navigate the user to the app, where they will be automatically prompted to pay the appropriate person.

You can see how the process works in Twitter’s announcement below:

The Tip Jar feature was first spotted last month, along with another look at “Super Follows.” In February, Twitter announced Super Follows and communities as some of the features that the social platform has been working on to provide influencers with a way to monetize their content. Tipping has been another feature the platform has been working on, and today’s announcement shows that it’s almost ready for primetime.

According to Twitter, this initial test will only allow select accounts to accept money, including influencers, journalists, non-profits, etc. Anyone can tip users, though, so long as you are using Twitter in English. Android users are also able to tip from Twitter Spaces.

For accounts with access to the Tip Jar, it can be enabled by navigating to “edit profile,” where the option will be available at the bottom of the page. Enabling it will allow the user to enter their usernames for various payment apps.

The best part? Twitter states that it doesn’t take a cut from any of the tips that users receive:

Tip Jar is an easy way to support the incredible voices that make up the conversation on Twitter. This is a first step in our work to create new ways for people to receive and show support on Twitter – with money.

Twitter states that it will eventually expand its Tip Jar to more users and make it available in more languages. Meanwhile, the tweeted announcement suggests that there’s “more coming soon…” meaning we should expect to learn more about Tip Jar.

What do you think about Twitter’s new tipping feature?

Facebook
Twitter
Pinterest
WhatsApp
Previous articleBest Pixel 4a Deals of May 2021: Pixel 4a 5G from $5/month and more
Next articleApple Shares Details on How Apple Card Family Works
- Advertisment -