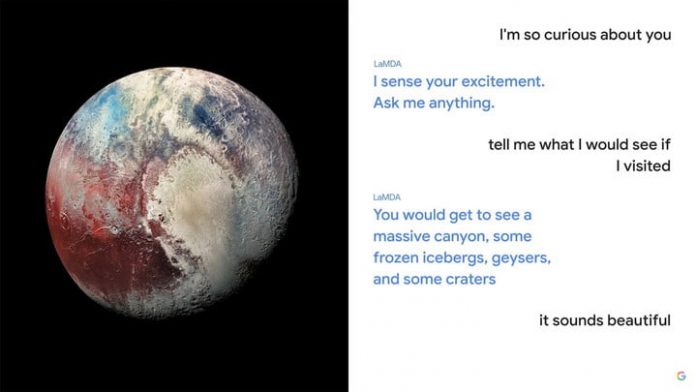 Google’s annual I/O conference (short for “Innovation in the Open”) was sadly postponed in 2020 due to coronavirus concerns, but Google made a triumphant return with the 2021 iteration of the event. Staged outdoors with a minimal head count, the event featured Google execs, developers, and other industry panelists taking to the stage to pull back the curtain on a number of Google-flavored tech advancements, with an emphasis on Android 12, Google Assistant modifications, and more.

We here at Digital Trends were front and center (albeit digitally) at the symposium and are eager to divulge all of the latest info we’ve gathered. For those curious about exactly what changes are in store for the Google smart home experience, here’s a rundown of the most salient talking points.

LaMDA and the future of Google Assistant

A standout portion of the I/O event was the unveiling of LaMDA, a language platform that Google was more than excited to boast about. Introducing the new tool with two dialogue simulations — one with the user and the planet Pluto, the other with a paper airplane — LaMDA engineering gave both nonspeaking entities complete minds of their own. The conversation was natural, well-paced, and beyond intriguing. A massive update to the landscape of smart A.I., Alexa and HomeKit have plenty of competition to contend with. Currently, the LaMDA platform isn’t live on any Google hardware, but the company has big plans in terms of rolling out the protocol to Google Assistant, Search, Workspace, and other Google-specific tools.

What does this mean in terms of your smart home? Imagine having an involved conversation with your Nest Audio or Nest Thermostat about the kinds of music you enjoy listening to in the summer, your favorite kinds of weather, what kind of clothes you like to wear when it’s cold, and more. With LaMDA, the simple ask-and-receive nature of voice commands is still in place, but users will be able to expect much more intuitive (and smoother-sounding) responses from Google Assistant.

Tired of losing the TV remote? As part of the latest mobile Android innovations, users will soon be able to use an app to control and manage content on Android TV devices. While details were scarce, we’re expecting this to be a major leap in how we (and Google Assistant) experience home cinema. Far from just pausing and rewinding, Google’s LaMDA platform suggests a world of interactive discourse between us, our Android-powered TVs, and mobile phones.

Digital car keys are also hitting the market. Select Pixel and Samsung phones will be able to be used as digital keys as part of Android 12. Currently, BMW is the only automaker confirmed to be using this new function.

Concerned about a rash or bumps? Google is working on a tool that will allow you to snap a photo of a problem area on your body. After answering a few questions about your symptoms, the picture and your answers will be analyzed, after which Google will provide you with an estimated diagnosis of what your skin condition could be, along with tips on how to treat it.

While it’s not a visit to the doctor (socially distanced or in-office), this new health tool could be crucial in helping hundreds of thousands of people identify and treat various breakouts without needing to step foot in a medical building.

Project Starline and the future of video calls

In a breathtaking debut of a new 3D video feature called Project Starline, Google demonstrated a two-way chat, with both parties obscured from the waist down by a half wall. What each user was greeted with was a lifelike holographic image of the person they were talking to, without the other caller being physically present. The effect was achieved with a massive setup of cameras, depth sensors, specialized lighting, and other event-tailored hardware, but Google has plans of rolling these “photo-booths” out to the business sector, including hospitals and media establishments.

The possibilities are endless with Starline, especially if Google is able to minimize the rig needed for these lifelike video calls. An exciting release for a time where face-to-face interactions have been more challenging than ever, Google could completely reinvent the way we stay in touch and interact with our friends and loved ones.