Nvidia nets at least $400 million per year from cryptocurrency mining 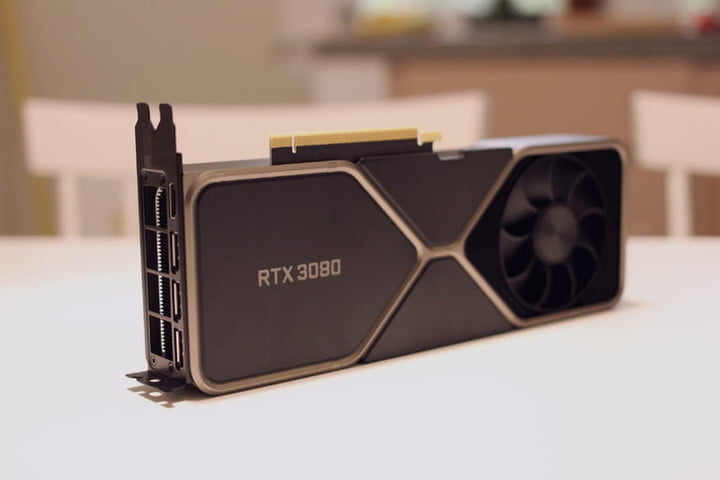 The company initially launched its CMP (Cryptocurrency Mining Processors) as a way to steer Ethereum miners from hoarding its limited supplies of gaming graphics cards. While the CMPs aren’t designed for use in a computer, they can be used to mine for Ethereum currency. The company, like others in the semiconductor industry, has been experiencing supply issues of its gaming graphics cards, including the recently launched RTX 3000 series of GPUs. The CMPs were launched as part of Nvidia’s efforts to steer cryptocurrency miners away from its main lineup of graphics cards, thereby preserving the limited inventory for gamers.

Nvidia CEO Jensen Huang claimed that the company’s core gaming business is the largest that he has seen, and Nvidia cannot risk upsetting gamers because crypto miners have been snatching up the company’s limited supply of GPUs, according to a report on CNBC. The CEO said that he hoped that the CMPs will fulfill the role to satisfy the needs of miners.

It’s unclear how much money total Nvidia generated from cryptocurrency miners. In addition to the $155 million in CMP sales, miners have also purchased traditional GPUs that are traditionally designed for gaming, workstation use, and data centers. In one instance, a mining rig consisting of 78 RTX 3080 GPUs generated $20,000 a month in revenue for one miner.

The company has since added other efforts to separate its crypto mining and gaming businesses, including adding a hash rate limiter to its GeForce RTX gaming cards to limit their appeal with miners. Nvidia has been under criticism from its gaming fans due to the limited availability of its latest graphics cards, which are based on the Ampere architecture, and supply constraints. Together, these factors make Nvidia’s GPUs hard to come by, and industry insiders expect that shortages will likely continue well into the next year.

Still, Nvidia CFO Colette Kress is reluctant to blame miners for the short supplies of GPUs, noting that it’s hard to determine to what extent that cryptocurrency has had an effect on demand, according to CNBC’s reporting. The worldwide pandemic likely contributed to supply constraints, making it difficult for Nvidia to manufacture the cards, and scalpers also have had an impact on GPU pricing.

Nvidia’s GeForce RTX 3000 series starts at $399, though prices can reach as high as $1,499 for the top-tier configuration. Impatient gamers unwilling to wait for Nvidia to replenish inventory of its cards have resorted to secondary markets, like eBay, where scalpers have asked for double or triple the card’s suggested retail price.

Because of overwhelming demand for GPUs, Nvidia’s core business is still healthy. The company reported that revenue increased by 106% from the prior year.

And despite shortages, Nvidia is believed to be launching new GPUs at Computex in June, and the rumored GeForce RTX 3080 Ti could be unveiled at the Taiwan-based show.