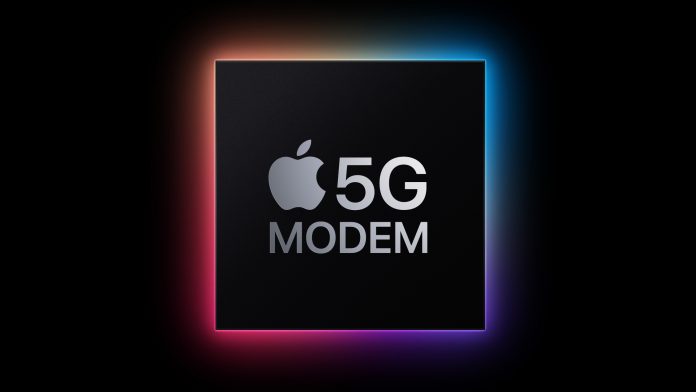 Apple plans to adopt its own custom-designed 5G baseband chip starting with the 2023 iPhones, meaning it’ll no longer need to rely on Qualcomm to supply the 5G cellular modem for the iPhone, Apple analyst Ming-Chi Kuo said today in an investors note obtained by MacRumors.

According to Kuo, Apple plans to include its own custom-designed 5G baseband chip starting with the launch of the 2023 iPhones “at the earliest.” Apple currently relies on Qualcomm for its 5G iPhone modems and is expected to continue its reliance until it diverts to its own chip. When the diversion occurs, Qualcomm will be forced to enter new markets to compensate for the loss of orders from Apple.

We predict that the ‌iPhone‌ will adopt Apple’s own design 5G baseband chips in 2023 at the earliest. As Android sales in the high-end 5G phone market are sluggish, Qualcomm will be forced to compete for more orders in the low-end market to compensate for Apple’s order loss. When the supply constraints improve, MediaTek and Qualcomm will have less bargaining power over brands, resulting in significantly higher competitive pressure in the mid-to low- end market.

In March, Barclays analysts reported that Apple will include its own custom-designed 5G modem starting with the 2023 iPhone. Apple’s development of its own modem, which reportedly began in early 2020, has been widely reported.

Apple-designed modems can be expected to offer faster speeds, improved latency, among other benefits compared to Qualcomm or Intel modems, which powered earlier generation iPhones.

In 2019, Apple purchased the majority of Intel’s smartphone modem business, a move that helped fuel the development of Apple’s own in-house modem. Apple said at the time that the purchase will “help expedite our development on future products and allow Apple to further differentiate moving forward.” Tags: Ming-Chi Kuo, 5G
This article, “Kuo: Apple-Designed 5G Modem to Debut Starting With 2023 iPhones” first appeared on MacRumors.com

Facebook
Twitter
Pinterest
WhatsApp
Previous articleLost that Chrome tab you were working on? Here’s how to find it.
Next articleAndroid 11: Everything you need to know!
- Advertisment -