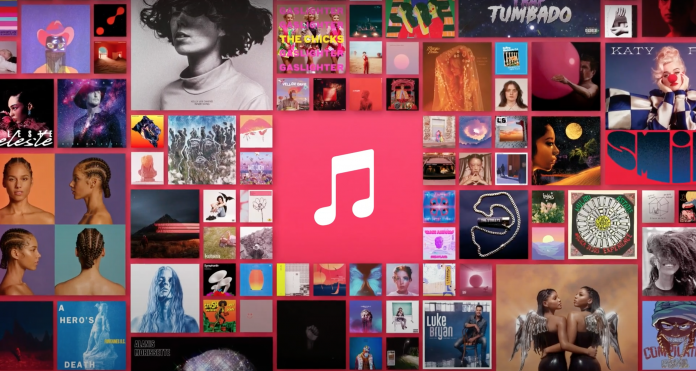 Apple is laying the groundwork for adding HiFi support to Apple Music which would offer ‌Apple Music‌ subscribers and owners of compatible devices such as certain models of AirPods access to high-fidelity audio streaming, according to code within the iOS 14.6 beta discovered by MacRumors.

Earlier today, a report claimed that Apple will announce a new $9.99 per month ‌Apple Music‌ tier that offers HiFi music streaming in the “coming weeks.” Now, code within the first beta of iOS 14.6 discovered by MacRumors contributor Steve Moser confirms that Apple is exploring the option and preparing for a possible release.

Within the code for the first beta of the upcoming update, references to “lossless audio,” “high-quality stereo streaming,” and “HiFi” are found within the ‌Apple Music‌ app. Accompanying code within the beta suggests that HiFi streaming will be limited to only certain ‌AirPods‌ such as the AirPods Max, and newer.

Presumably, HiFi support would also be available to customers without ‌AirPods‌, although it’s unknown if Apple will have certain hardware requirements for speakers, headphones, etc.. to support HiFi ‌Apple Music‌ streaming.

Wording such as “Route Incompatible” and “Route Unknown Compatibility” suggests that much like how Spatial Audio is limited to only the AirPods Pro and ‌AirPods Max‌, HiFi ‌Apple Music‌ streaming could be exclusive to newer generation ‌AirPods‌ and other compatible devices.

Additional code within the beta suggests that Apple could incorporate a dynamic way for ‌Apple Music‌ to switch between standard, compressed audio streaming and high-fidelity streaming. On the iPhone 12 with 5G, Apple has a “Smart Data Mode,” which automatically switches between a 5G and 4G/LTE connection depending on the user’s current needs, connection strength, and battery life.

According to code within the beta, Apple may take a similar approach with HiFi support on ‌Apple Music‌, only offering users high-fidelity audio streaming when there’s sufficient bandwidth or depending on other factors such as a user’s data consumption.

Spotify has announced plans to include HiFi support for subscribers sometime this year but has yet to announce a specific date. Apple is reportedly preparing to announce the new HiFi tier as soon as a few weeks alongside the release of new third-generation ‌AirPods‌. The new tier will reportedly cost the same as the current individual ‌Apple Music‌ tier.

Given the evidence that HiFi ‌Apple Music‌ support could be limited to only newer ‌AirPods‌ models, Apple may offer HiFi as a separate, more expensive tier for owners of compatible ‌AirPods‌. Thus, customers with older ‌AirPods‌ would be able to retain their existing ‌Apple Music‌ subscription without HiFi support.

At WWDC last year, Apple did announce automatic switching for ‌AirPods‌ and Spatial Audio for ‌AirPods Pro‌ and newer AirPod products. With WWDC 2021 being just weeks away, Apple could announce the new ‌Apple Music‌ tier at the event, marketing them as an add-on feature for the third-generation ‌AirPods‌.