HomeReviewsGarena Free Fire: Download and play it on PC
Reviews 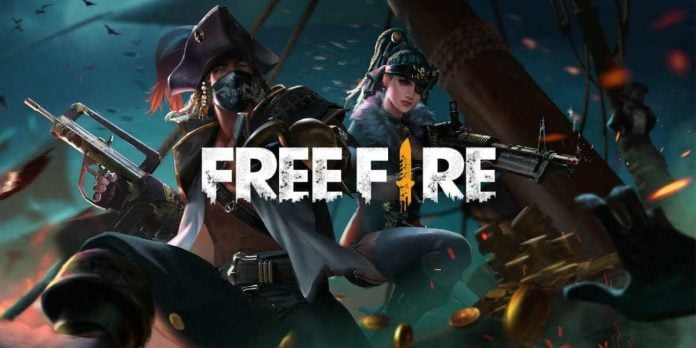 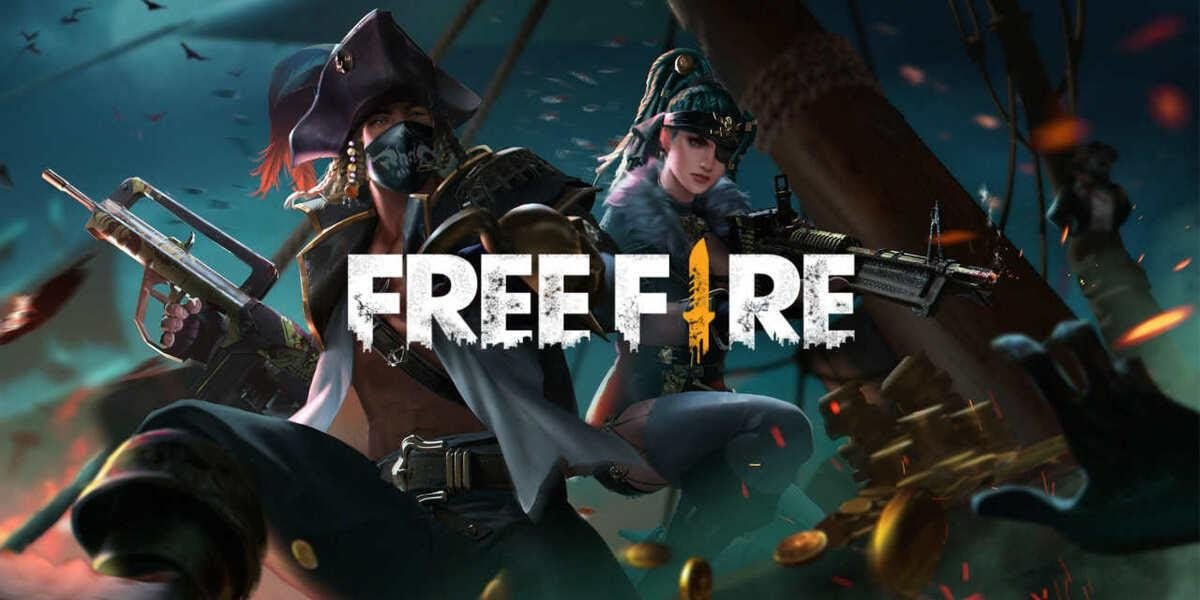 Garena Free Fire took the internet by storm and is one of the most popular games available on the internet along with PUBG Mobile and Fortnite. This game is developed by 111 and it was published by Garena for both of the platforms and that are Android and iOS devices. This game was also awarded one of the most popular games back in 2019. This ultimate survival game has gained millions of players and still there are millions of active users available worldwide.

Free Fire is officially coming to many countries as a registered game where it is rolling out many different features than other countries and arranging tournaments and platforms for young players. It is one of the fourth most downloaded games on the internet. Like most of the battle royale games, free fire has similar features. The match is of short duration that is of 10 minutes in which you get a match to the 49 players on the server and you parachute along with them at the deserted island where you fight for survival and in the last that remain on the ground wins. There are different modes in the game and also you can get your squad up by teaming up with your fellows. Overall this game is action-packed with some more exciting features making it more fun and fanatic. 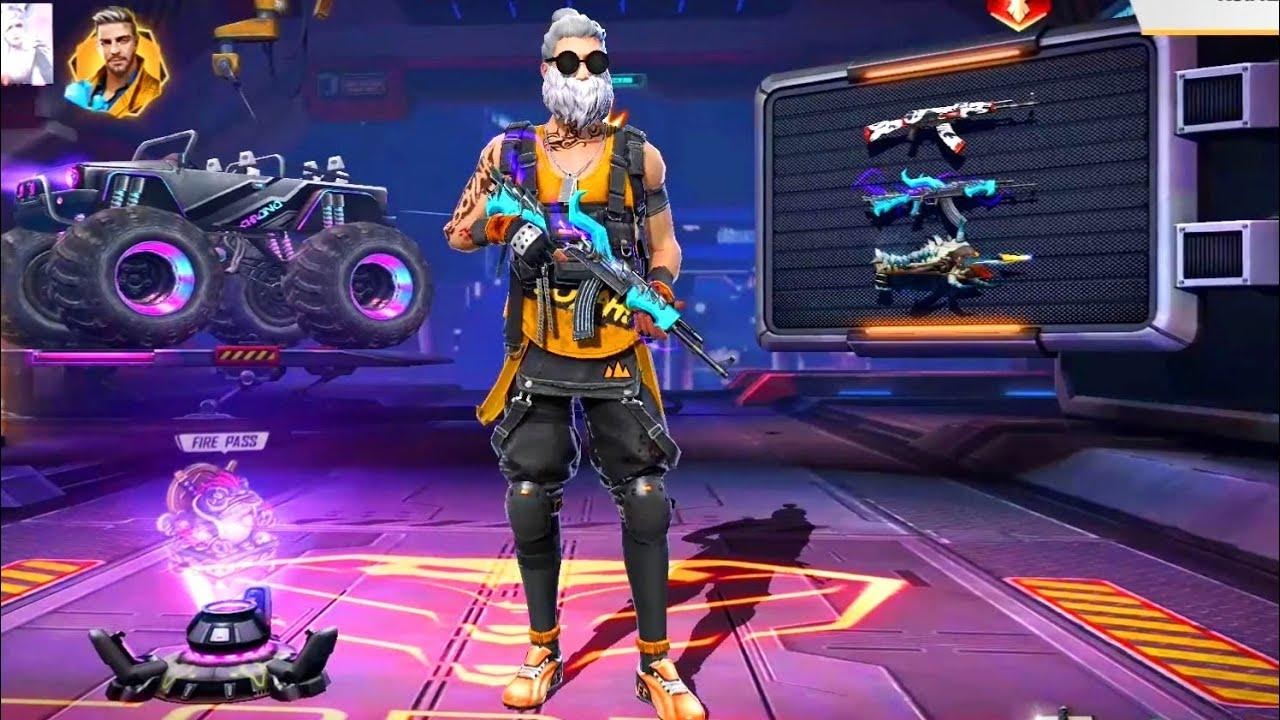 As it is a multiplayer game so you can also play solo matches. With your group all you need is to gather around your squad and then play multiplayer mode. You will fight for the ultimate survival. The map is big so you can land on any place and from that you will zone in close to enemies. As the clock is ticking one by one some of the players will be eliminated and from that the one player or one squad will survive. Free Fire comes with regular updates and events. That’s why this game is fun and addictive. Free Fire comes with many features that are being introduced to you along with many others. Like PUBG Mobile, Free Fire comes with a somewhat same interface and screen. The controls of this game are very simple and that’s why it is very similar to many other multiplayer mobile games. . Flying above the island then parachuting away from them and finding the perfect weapon for you with an immense loot of grenades, medical supplies, and healing. The game also has some time to time events where you can get exciting rewards like gun skin, suits, and moves. 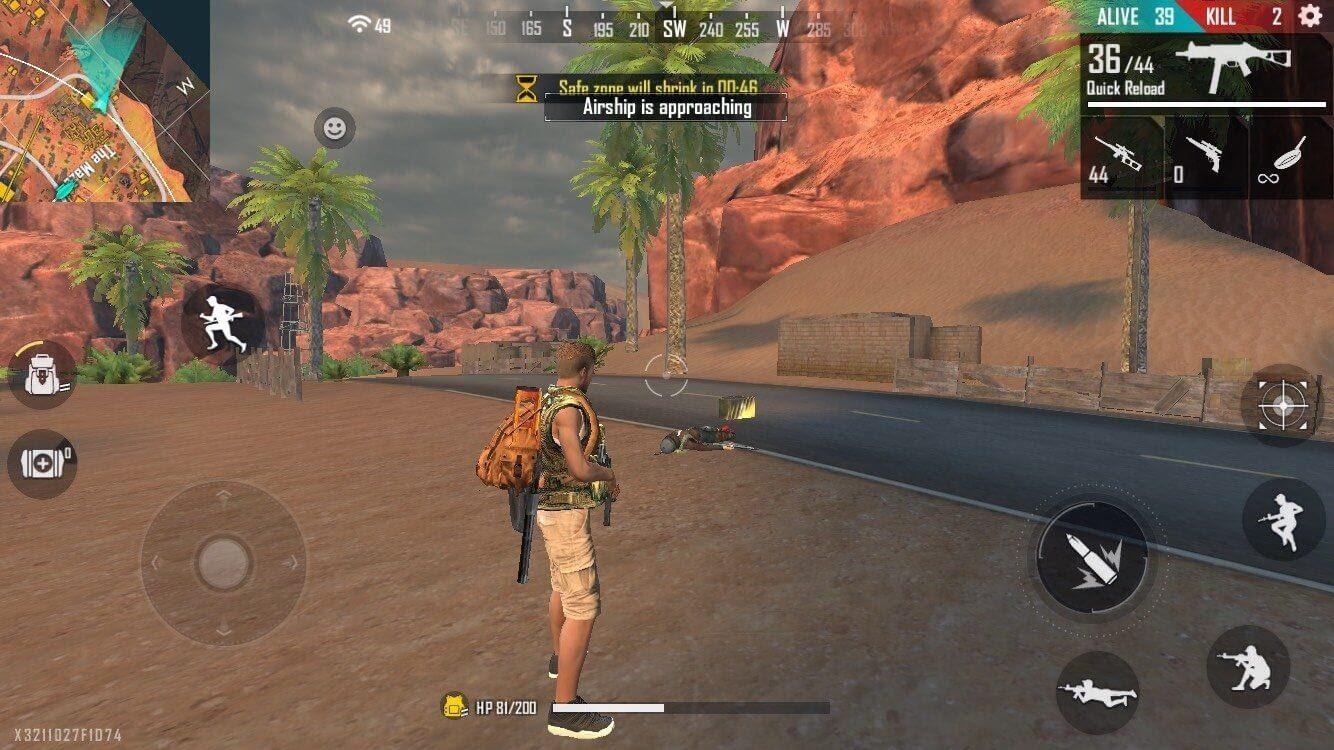 This game is available free to play for your smartphones available for both Android and iOS. The gameplay is much more simple and smooth. One of the cool features is that it can run smoothly on low-end phones (mobiles having low RAM). The controls are much simpler with a sprint or movement joystick on the left side and a shooting button on the right side making it more convenient to play. This game according to controls is much more like PUBG Mobile. The battlefield is small which makes the action more intense and nerve-wracking. While playing with your squads team up or communicate with them with a mic and speakers or headphones. There are different modes like zombies or Deathmatch. But remember that you need to make a strategy always while teaming up. 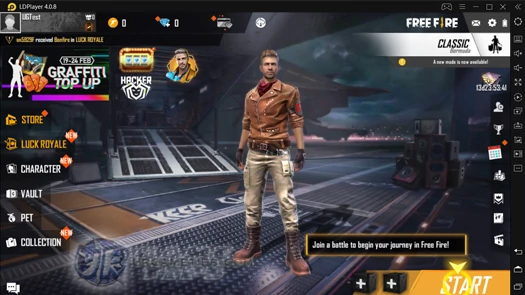 LDPlayer is the perfect choice for you to play Free Fire on PC. Why to choose LDPlayer? The answer is pretty simple. One you will get your hands on one of the best Android emulators which is compatible for Free Fire plus it is quick and easy to install. The interface of this emulator is unique and simple. The convenience in this software is too much. LDPlayer claims to be faster than most of the high end phones and it is faster than most other emulators too. Even if you have a low end PC you won’t see any lag and hustle.

If you are looking for a perfect emulator that is a powerful Android emulator then LDPlayer should be your best choice. It is tested and trusted by millions of users worldwide for most of the games that you can play on PC with an emulator available on Google Play store.