HomeNewsComputex 2021: Here’s what to expect from Nvidia, AMD, Intel, and more
News

Computex 2021: Here’s what to expect from Nvidia, AMD, Intel, and more 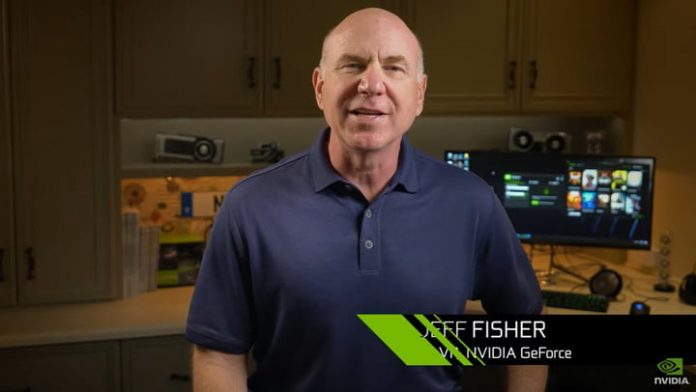 Computex 2021 is merging on-site and online experiences into a hybrid event. The show is set to begin on Tuesday, June 1, and end on Saturday, June 5, with keynotes from Nvidia, AMD, Intel, and ARM coming before the event officially begins.

In what will likely be the biggest computing event of the year, we’re anticipating big announcements from the top players in the space. Before the event officially kicks off, here’s what we expect to see at Computex 2021.

What to expect from Nvidia at Computex 2021

Going into Computex, all eyes are on Nvidia. Jeff Fisher, GeForce senior vice president, and Manuvir Das, head of enterprise computing, will deliver a keynote at 10 p.m. PT on Monday, May 31, right before Computex officially kicks off. The event is called “The Transformational Power of Accelerated Computing, From Gaming to the Enterprise Data Center,” which tells you exactly what’s on the docket.

Das will head up the enterprise portion of the keynote, and we don’t expect to see any major announcements. Nvidia revealed a lot just a few months ago at its GPU Technology Conference, including the Grace supercomputer and RTX A5000 for creative professionals. Nvidia says this talk is about “democratizing A.I. to put more A.I. capabilities within reach of more enterprises.”

That sounds like the Nvidia A.I. Enterprise software suite. This software package is currently in an early access period, and once it’s fully released, it should help smaller businesses and industries harness the power of A.I. The software can run on off-the-shelf servers that have been certified by Nvidia, and it supports the accessible VMware vSphere. In addition to talking about the software package, we expect Nvidia to talk more about the BlueField-3 chip for data centers, as well as upcoming RTX Studio laptops.

Fisher will head up the gaming portion. The talk “will discuss how Nvidia is addressing the explosive growth in worldwide gaming,” which could mean a few things. Nvidia will touch on the recently announced Lite Hash Rate GPUs and how they’ll combat GPU demand. But the big news will likely be the RTX 3080 Ti and 3070 Ti.

Rumors have been circulating for months about these updated GPUs. We’ve seen a pallet of the cards show up on their way to the U.S., retailer listings confirming pricing details, and even pictures of the new GPU core that the cards will use.

We expect Nvidia to launch both cards. The most recent reports suggest that reviews will go live on June 2 and June 9 for the RTX 3080 Ti and 3070 Ti, respectively. The street date will be on either review day or a day after, with the announcement coming during the keynote.

What to expect from AMD at Computex 2021

AMD CEO Lisa Su will deliver a keynote right before Nvidia, at 7 p.m. PT on Monday, May 31. The keynote is titled “AMD Accelerating — The High-Performance Computing Ecosystem” and will feature AMD’s advancements in “high-performance computing and graphics solutions.” So, AMD plans on talking about what AMD does (go figure).

Su could talk about what AMD is doing in the data center, but we don’t have any information about that right now. We do have rumors about the RX 6600 and 6600 XT, though. These two new graphics cards haven’t been announced by AMD yet. Leaks from the past few weeks have shown the die size and detailed specs about the cards. They’ll sit under AMD’s flagship RX 6800 XT GPU, targeting 1080p gaming for budget builds.

The most recent reports suggest these cards are based on the Navi 23 GPU, which is the same GPU powering the upcoming but unannounced RX 6000M series of mobile graphics cards. Nothing is set in stone, but we would be shocked if AMD didn’t reveal RX 6000M chips at Computex. HP just announced the Omen 16 laptop with “RDNA 2-based graphics,” which is a veil so thin it may as well not exist.

We don’t expect much on the CPU side. AMD has already launched Ryzen 5000G APUs, and although Ryzen 6000 processors are coming, we don’t expect AMD to formally announce them this far out. Instead of a specific product range, AMD will likely talk about Zen 4, with vague assertions as to what it can do come 2022.

We may see some mobile announcements, however. A leaked roadmap shows that AMD has multiple product lines coming up for mobile machines, the most important of which is Rembrandt. Rembrandt “H” and “U” CPUs based on the Zen 3-plus architecture are coming, so AMD could begin the product launch during its keynote.

What to expect from Intel at Computex 2021

On the data center side, Intel will likely focus on Sapphire Rapids, the next-generation Xeon Scalable platform built on the 10nm architecture. On desktop, Intel will go into more detail about the upcoming Alder Lake-S launch. Intel teased the chips at CES 2021, and they’re expected to launch later this year.

We could get a look at Intel’s upcoming dedicated graphics card, too. An Intel game development relations specialist said in early May that the DG2 graphics card is “right around the corner.” This card will apparently compete with the best from AMD and Nvidia, and it was originally expected to launch in 2022. It could show up sooner than expected, and Intel may use Computex to show it off.

What to expect from ARM at Computex 2021

ARM CEO Simon Segars will deliver a keynote at 11 p.m. PT on Sunday, May 30. Titled “Sparking the World’s Post-Pandemic Recovery,” the keynote will focus on the semiconductor shortage caused by the pandemic.

The press release announcing the keynote specifically highlights the ARMv9 architecture that was released in March. Segars will talk about how ARM is using this new architecture to tackle complex problems like climate change and cybersecurity as well as address the high demand for computing technologies across different business sectors.

President of IP Products Group Rene Haas will deliver a talk at 12:01 a.m. PT on Wednesday, June 2. This talk will focus more on A.I. and could pair with Nvidia’s talks about A.I. throughout the event. We don’t expect any new product announcements from either talk.