HomeNewsAndroid 12 Beta 1: Is it worth installing?
News

Android 12 Beta 1: Is it worth installing? 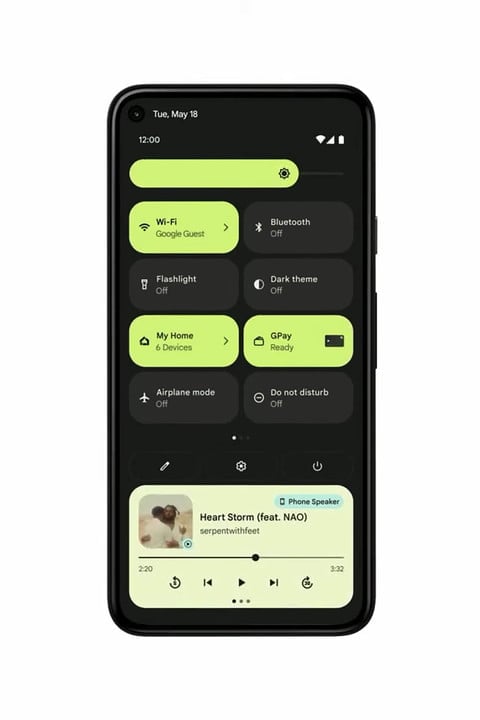 At Google I/O 2021, the company finally offered a clear look at Android 12. The update boasts a total interface refresh, with a fresh coat of paint across almost all aspects of the operating system — along with some serious functional improvements.

But it’s not available to the public yet. Google traditionally shows off early versions of an operating system at Google I/O, and after a lengthy beta program, releases a consumer version to the public around September or October. Released today was simply the first beta of Android 12 — not a final, consumer-ready build.

So should you install Android 12 Beta 1? In a word, no. But there are some exceptions to that rule.

After several updates to the Developer Preview with little to really look at, Beta 1 represents the first build of Android 12 that actually includes interface changes. Some of the all-new interface shown off at Google I/O is available in Beta 1, including the redesigned lock screen, notification experience, and generally updated feel.

That alone could be enough to make you want to manually flash Beta 1 to your phone.

A whole lot is missing, though. All of the “Material You” theming options have yet to make their appearance, nor have the new widgets or many of the one-off features that were shown on stage at the I/O keynote. As usual, these headline features are held for the launch of the latest Pixel phone (the Pixel 6) in the fall.

So yes, you can get an early look at the latest and greatest in Android design by hopping onto the Beta now; but it’s far from a complete look.

But the bugs that Google has to iron out before it releases Android 12 to the public could be more than a glitch in the interface. Worst case scenario is that they could completely brick your phone, rendering it useless. A little better than that is that you could experience frequent app crashes, issues connecting to Bluetooth devices, and things just not working as they should.

Sure there’s a lot of fun; but also a lot of potential frustration.

What will likely happen is that Android 12 will mostly work as it should, with occasional app crashes (or some apps just not working at all), and some things not working the way they should some of the time — but even that will make for a frustrating overall experience.

Of course, even if you want to install Android 12 before everyone else, that doesn’t mean you have to do it now — you could wait for a few months, until at least most of the major bugs have been dealt with, and we’re on Beta 2 or 3.

Not everyone needs to wait to experience Android 12, even though most should. If you happen to have an extra compatible phone lying around that isn’t your primary device, and that you don’t mind being bricked, then you might want to install Android 12 Beta 1. You’ll have to jump through a few hoops to do so — and again, it will continue to be refined over time, but you’ll get to test out the new operating system before everyone else.

To install Android 12 Beta 1, head to the Android Beta Program website and sign up your device. You’ll need to have a compatible phone, which includes any Google Pixel 3 or later, plus a handful of partner devices that are rolling out support starting with this release.