HomeNewsAnalytics Suggest 96% of iPhone Users have Opted Out of App Tracking...
News 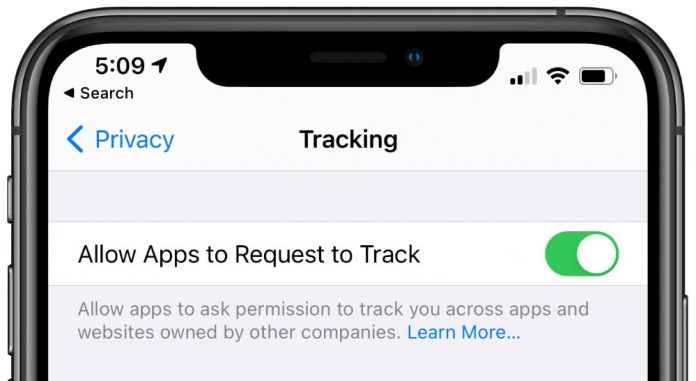 An early look at an ongoing analysis of Apple’s App Tracking Transparency suggests that the vast majority of iPhone users are leaving app tracking off since the feature went live on April 26 with the release of iOS 14.5.

According to the latest data from analytics firm Flurry, just 4% of ‌iPhone‌ users in the U.S. have actively chosen to opt into app tracking after updating their device to iOS 14.5. The data is based on a sampling of 2.5 million daily mobile active users.

When looking at users worldwide who allow app tracking, the figure rises to 12% of users in a 5.3 million user sample size. 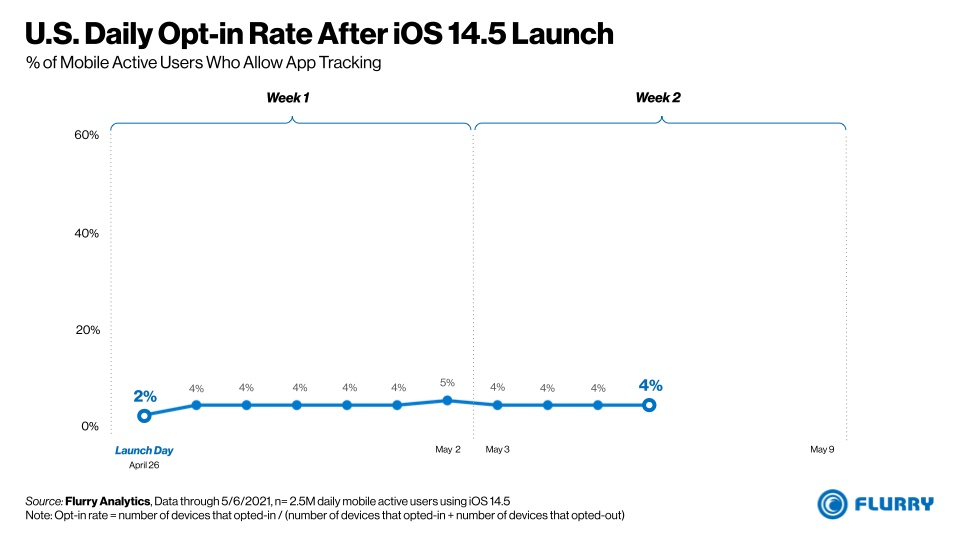 With the release of iOS 14.5, apps must now ask for and receive user permission before they can can access a device’s random advertising identifier, which is used to track user activity across apps and websites. Users can either enable or disable the ability for apps to ask to track them. Apple disables the setting by default.

Since the update almost two weeks ago, Flurry’s figures show a stable rate of app-tracking opt-outs, with the U.S. figure hovering between 11-13%, and 2-5% worldwide. The challenge for personalized ads market will be significant if the first two weeks end up reflecting a long-term trend. 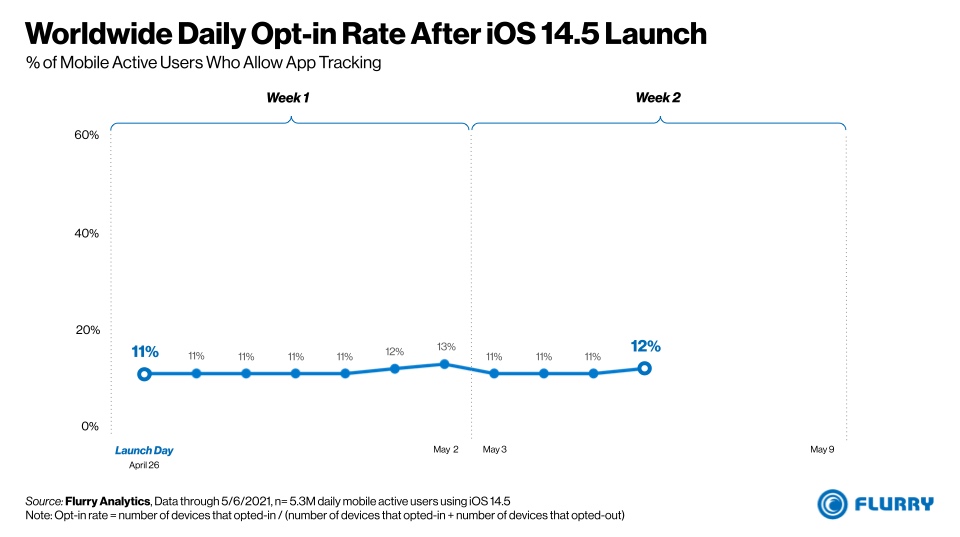 Facebook, a vociferous opponent of ATT, has already started attempting to convince users that they must enable tracking in iOS 14.5 if they want to help keep Facebook and Instagram “free of charge.” That sentiment would seem to go against the social network’s earlier claim that ATT will have a “manageable” impact on its business and could even benefit Facebook in the long term.

Flurry Analytics, owned by Verizon Media, is used in over 1 million mobile applications, providing aggregated insights across 2 billion mobile devices per month. Flurry intends to update its figures every weekday for the daily opt-in rate as well as the share of users that apps cannot ask to track, both in the U.S. and globally. Related Roundups: iOS 14, iPadOS 14Tag: App Tracking TransparencyRelated Forum: iOS 14
This article, “Analytics Suggest 96% of iPhone Users have Opted Out of App Tracking Since iOS 14.5 Launched” first appeared on MacRumors.com