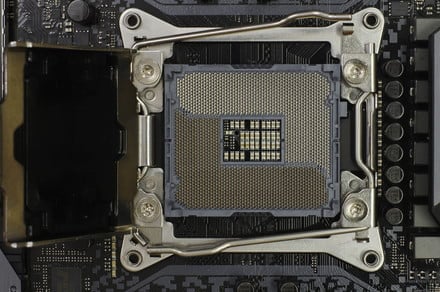 AMD’s upcoming AM5 socket will reportedly use a different socket design. The next generation of AMD processors will use a land grid array (LGA) socket instead of a pin grid array (PGA) socket, which AMD is currently using with its Ryzen 5000 range and has traditionally used throughout processor generations.

The information comes with ExecutableFix on Twitter, who has leaked other details about upcoming AMD products in the past. They also claim that the next-gen AM5 socket will be centered on the 600-series chipset, which is said to support dual-channel DDR5 memory and PCIe 4.0. That last bit runs counter to earlier rumors about AMD’s next-gen processors, which were originally rumored to support PCIe 5.0.

The AM5 socket will reportedly use an LGA1718 design, meaning there will be 1,718 pins on the motherboard. That’s nearly 400 more pins than the current AM4 design, and according to ExecutableFix, AMD will continue using the 40mm x 40mm size that AM4 is based on. LGA sockets offer a higher pin density, so it makes sense for AMD to finally jump to using an LGA socket.

AMD has already moved some of its product line to LGA sockets. Threadripper processors that use the TR4 and sTRX4 socket are based on an LGA design, as is the SP3 socket that AMD uses for its server-grade Epyc processors.

With the launch of Ryzen 5000 processors, AMD announced that it will move away from the AM4 socket that it has used since the original Ryzen range. The new AM5 socket will launch alongside AMD’s next desktop platform, which is based on a 5nm manufacturing process and rumored to launch in 2022.

Facebook
Twitter
Pinterest
WhatsApp
Previous articleDell Vostro 5510 laptop price was slashed by over $750 today
Next articleVery soon, any phone you buy will come with 5G
- Advertisment -

How to watch Xu Can vs Leigh Wood online from anywhere