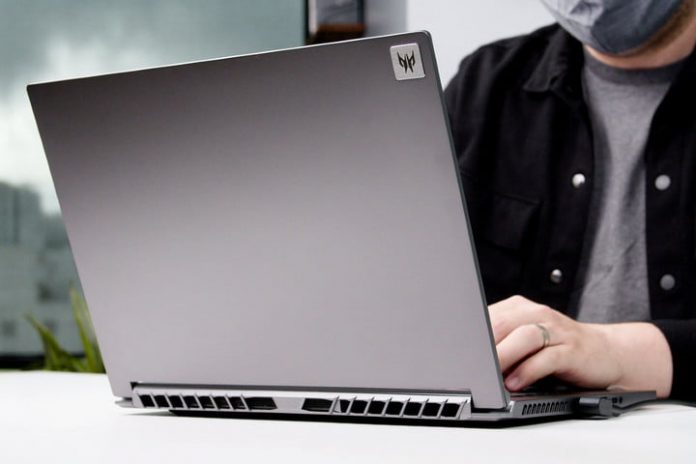 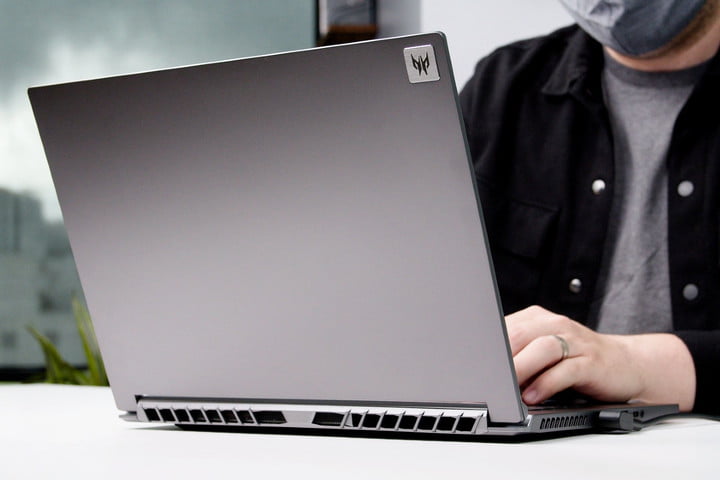 Gaming laptops are changing — and in very good ways. They’re getting thinner and smaller, all while their screens get larger, faster, and sharper. The Acer Predator Triton 500 SE is the poster child of this new wave of gaming laptops.

The Triton 500 SE’s display contains all the biggest points of innovation. First off, it has a 16-inch screen, which already makes it a bit of an anomaly in the world of 15- and 17-inch gaming laptops. It’s not much bigger than your average 15-inch laptop, but thanks to the slim bezels, it fits into the same footprint. The screen’s 16:10 aspect ratio also makes better use of the available space. More vertical screen real estate isn’t typically something gamers crave, but it ensures that the Triton 500 SE is as qualified as a productivity machine as it is a gaming laptop.

Beyond the size and aspect ratio, a few different display options are available. All of them sound promising on paper, but the mini-LED model certainly stands out. It’s the first gaming laptop to switch away from standard LED, and it provides some advantages in terms of image quality. Acer says the mini-LED model has a peak nit measurement of 1,250, as well as 100% coverage of the sRGB color space. This configuration also includes a 165Hz refresh rate.

Acer also has a PolarBlack mini-LED panel, which the manufacturer claims has better color saturation than OLED and a 3000:1 contrast ratio. This option also has a higher 240Hz refresh rate, a 3-millisecond response time, and covers 100% of the DCI-P3 color gamut.

The starting configuration, which was the unit I checked out, was no slouch either. It uses a standard LED screen, but benefits from a 165Hz refresh rate and a 2560 x 1600 screen resolution. Acer doesn’t offer a 1080p model, ensuring that the display is sharp no matter which option you choose. The move away from 1080p has finally been solidified, and I couldn’t be happier.

And even with this base configuration display, it hits an impressive 500 nits, which is far beyond what most gaming laptops can offer. Next to the Triton 300 SE, it feels like it’s at least a couple hundred nits brighter. Beyond that, viewing angles and color saturation feel improved as well.

The display also features G-Sync, which is Nvidia’s adaptive sync technology. Although this will have an effect on battery life, it does ensure that the gameplay is as smooth as possible.

If you’ve seen the 14-inch Predator Triton 300 SE, you know what you’re getting into with the bigger sibling. These two gaming laptops both have the redesigned silver chassis that downplays the Predator branding, trading it in for a much subtler look. Outside of the badge in the corner of the lid, you’d never know this was a gaming laptop at a first glance — let alone one in the Predator line.

It might not look cutting-edge next to a Dell XPS 15 or MacBook Pro, but for a gaming laptop, these Triton SE gaming laptops have made huge strides in terms of design. The primary aesthetic difference between the Triton models can be found on the lid. The Triton 300 SE has a fake brushed aluminum finish, where the 500 SE has a simpler flat finish that I prefer.

Portability is where this gaming laptop shines.

Build quality is acceptable. It has a couple of weak points, such as in the middle of the screen halfway between the two hinges. The keyboard deck, though, feels firm. The screen opens with one finger and doesn’t wobble too much.

But the portability is where this gaming laptop shines, as it’s just as thin as the Triton 300 SE at 0.75 inches thick. It weighs 5.3 pounds, which isn’t quite as impressive. That’s almost a full pound heavier than the Razer Blade 15, for example.

The Predator Triton 500 SE features an excellent balance of port options. You get two Thunderbolt 4 ports, two USB-A ports, a headphone jack, a full-size SD card slot, an Ethernet jack, and even HDMI 2.1. Power is delivered through a proprietary barrel plug, located on the left side of the device.

All of that is the latest and greatest and ensures you can connect to pretty much anything and do it at the highest bandwidth possible.

The system also has Wi-Fi 6 with a card from Killer.

The Predator Triton 500 SE features the same keyboard as the Triton 300 SE. There are a couple of changes, though. First, the keycaps are black instead of silver, which was a good choice.

Secondly, the keypresses feel a little snappier. The bottoming-out action was a little squishy on the 300, and the keycaps were wobbly. Everything feels tighter in this implementation.

There are some missed opportunities in directly porting over a keyboard from a smaller laptop, though. First, the size is needlessly small, leaving awkwardly large gaps between keys and empty space on the keyboard deck. I’d have preferred Acer to have included a more spacious layout with larger function keys and perhaps even an expanded space bar.

The keyboard also has just three-zone RGB backlighting. Most gaming laptops in this price range include per-key backlighting that offers more advanced customization.

The touchpad is quite good. The surface is smooth, the tracking is accurate, and the click is quiet. I did notice some slight palm rejection issues, which continues to be a problem with larger Windows touchpads.

I also don’t love the placement of the fingerprint reader. It’s in the top left corner of the touchpad, which only seems to get in the way.

The fingerprint reader works well for logging into Windows, which is good because the system doesn’t include an IR camera for facial authentication.

The speakers produce poor audio, but that’s not uncommon in gaming laptops.

The Triton 500 SE does include a 720p webcam in the top bezel above the display. The image quality is quite bad, though, so it’s best used for emergency situations only.

The speakers, meanwhile, are located on the bottom side of the laptop, which is the worst place for speakers. They aren’t even angled up on the sides. The result is a poor audio solution that sounds muddy and lacks any bass whatsoever. It’s not uncommon in gaming laptops, sad to say.

The Predator Triton 300 SE featured a unique 35-watt 11th-gen chip from Intel. While it handled gaming decently, the 45-watt 11th-gen processor in the Triton 500 SE should be much more powerful. Because this was only a first look, I wasn’t able to report on any performance data yet. But the system supports up to the Core i9, which features 8 cores and 16 threads. That makes it as good for content creation workflows as it does for gaming.

The system does feature a more advanced cooling system, though. Five heat pipes and three fans are used to cool the GPU and CPU, and all can be controlled in Acer’s PredatorSense software.

My unit came with a whopping 32GB of dual-channel memory. You can upgrade RAM yourself, with support for up to 64GB. The same goes with storage. My maxed-out unit had a 2TB SSD, but the system features two M.2 slots for upgrades you can make down the line.

Battery life is the one aspect that remains up in the air. Acer says the system can deliver up to 12 hours of battery life, but that’s only with the GPU switched using Nvidia Advanced Optimus. With the discrete GPU enabled through G-Sync, that number will likely be cut down by quite a bit. That wouldn’t be such a big problem if the laptop was able to switch GPUs automatically, but Acer says doing so will require a reboot.

The Predator Triton 500 SE will be available in North American in June, at a starting price of $1,750.

Facebook
Twitter
Pinterest
WhatsApp
Previous articleAcer’s new Swift X is an ultrathin laptop with the RTX 3050 Ti under the hood
Next articleAcer’s oddest laptop, the ConceptD 7 Ezel, just got a powerful upgrade
- Advertisment -

Samsung One UI 4.0 (Android 12): Everything you need to know