HomeNewsWhere Is Bitcoin Market Headed To In 2021?
News 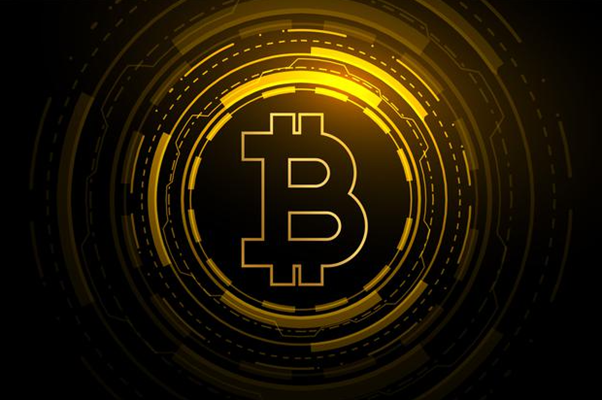 Bitcoin, which is the first and the largest cryptocurrency, was invented and launched in the 2008-09 period by an anonymous person or group known as Satoshi Nakamoto. It is a digital or virtual currency using peer-to-peer technology for initiating immediate payments and recording transactions on a decentralized and secure network based on blockchain.

It is not controlled by any bank or administrator, and yet the payments can be processed without the need of any intermediaries. Bitcoins can be exchanged for other goods, services, and even currencies. For a process known as mining, these coins are created as a reward.

The bitcoin market is evolving every day, and its value keeps increasing. Here in this article, we will talk about what the future of this market is going to look like in 2021.

About The Bitcoin Market

According to certain reports, the price of the world’s most-valued cryptocurrency is expected to revolve around 600% to strike the $400,000 level this year. The current price of a single bitcoin is equivalent to $64,369.50 that is more than double the cost of what it was at the beginning of the year.

Many top-notch organizations such as Mastercard Inc, Tesla, and BNY Mellon have also invested in the bitcoin market, which has contributed to such a sharp rise in its value. It has been revealed that only approximately 21 million bitcoins can ever be created as there is a provision set in its original source code that is likely to attain a huge value in the future.

What Are The Predictions About Bitcoin That Could Come True In 2021?

Whether or not bitcoins have left a mark on our world, one thing that we are sure about is that it has led many of the large, global organizations to offer a provision for a digital currency.

The firms that are deeply indulged in the payment space have realized the need to introduce digital payment modes as well as the different currency markets. The potential of bitcoin to streamline such a process is impeccable.

This year even companies such as Google and Facebook have revealed their plans of investing in digital currencies.

Since the bitcoin market is still not known to many and has been considered illegal in various parts of the world, the use of this digital currency is yet to be generalized. Even where it is accepted, the problem prevails with the fact that a very small percentage of people are accustomed to using it.

However, the last year witnessed outstanding growth in the bitcoin value as it began to be adopted by many high-profile enterprises. While many firms invested in the bitcoin market, others, such as PayPal, began to allow users to purchase and sell bitcoins over its site.

The year 2021 will prove to be an exemplary year where such a system of payment will be more commonly accepted and become mainstream.

An issue was reported this year by the Bank for International Settlements, explaining that almost 80% of the central banks around the world are acting towards accepting some form of digital payment.

A huge step has been initiated by the superpower China for accepting digital yuan as the common form of currency throughout the country. With such advancements, it can be predicted that even the bitcoin market will witness some changes in the forthcoming days.

Where Is The Bitcoin Market Headed To In 2021?

Crypto enthusiasts from the US and other parts of the world have consistently longed for the acceptance of the Bitcoin ETF (exchange-traded funds) to the common investors. However, such applications were kept on being rejected by the Securities and Exchange Commission.

Many analysts believe that a vital jolt could be provided to the digital currency world by approving the mainstream Bitcoin ETF. It could lead to the rise of industries with investors who might be interested in taking part in the buying and selling of cryptocurrencies.

In 2021, the bitcoin market will undergo several significant changes. Since the Covid-19 pandemic, individual investors have experienced a major downfall in trade figures. However, in the case of institutional investors, the scene is completely different. They are witnessing a steady rise and are acknowledging larger trading volumes.

This basically indicates that even if a very less percentage of partners are investing in digital currency, the market will be sustained. If bitcoin is listed on Nasdaq, it will immediately earn a boost in its reputation and have an increased value. There are talks about several projects to be approved this year that could majorly impact institutional participation in this platform.

Well, now you know all about where the bitcoin market is headed in 2021. You can even get your head in and learn about the market in detail to know how to invest in bitcoin. Even though there have been some major influences in this sector, its future remains uncertain. However, many analysts have researched and projected that keeping aside the short-term volatility, the value of bitcoin could even reach up to $100,000 by the end of this year.

Sofia kelly is a passionate blogger. She loves to share her thoughts, ideas and experiences with the world through blogging. Ani Johnson is associated with The legal Guides, Global Business Diary & Small Business Journals.