HomeNewsWhat is not taught in school? Biography Adventurer "Catch Me If You...
News

What is not taught in school? Biography Adventurer “Catch Me If You Can” 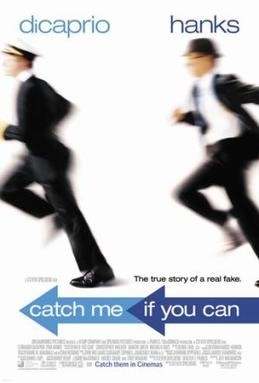 Without diminishing the possibilities of the sophisticated imagination of screenwriters, we note that often the most incredible and fantastic stories take place in real life.

Such, without looking back, can be considered the life of the American fraudster Frank William Abagnale Jr., who, as a teenager, managed to defraud the US banking system for several million dollars and hid from the FBI for five years, pretending to be a Pan American pilot, a doctor, or a lawyer.

The film adaptation of his adventures was undertaken not by anyone, but by one of the most eminent directors and authoritative filmmakers of modern Hollywood – Steven Spielberg. The material was so good that the authors, in fact, did not even need to reinvent the wheel – most of the tape is based on real events. The creators had only to fill the plot with dialogues and polish a number of details, since Frank himself is still alive and well and not only helped Spielberg in recreating his own adventurous past, but even played in the film “Catch Me If You Can” (2002) episodic role.

… Having returned home from school one day, Frank Abagnale Jr. (Leonardo DiCaprio) faced a harsh reality: his parents, who lived in perfect harmony, decided to file for divorce. Frank Sr. (Christopher Walken), the owner of a stationery shop, suddenly went bankrupt after unsuccessful tax fraud, and his wife, unable to withstand such a rapid transformation “from riches to rags”, went to another. Frank Jr., already not distinguished by perseverance, did not choose the lesser of two evils, but simply went on the run. Shortly before these events, his father gave him a checkbook on his 16th birthday, and the boy began to actively write invoices against a non-existent deposit in order to pay for independent living away from a family quarrel.

At first, the young man did not go well or badly, for it was not easy to cash money out of thin air. Even in spite of his natural charm and some of his father’s tricks learned by Frank. But a quick-witted high school student found the same way of relatively honest selection of money from the US banking system. He realized that bank clerks are more likely to accept checks if the client inspires confidence in them. Therefore, Frank “rented” from Pan American airline the position of the co-pilot, a fake license and a pilot’s uniform.

To understand the life of the pilots and the activities of the airline, Frank listened to the conversations of real workers in bars, and also talked to press secretaries under the guise of a journalist. As a result, for several years Abagnale was listed as an employee of Pan American, the largest US airline, using forged documents. During this time, he flew over a million miles and visited almost three dozen countries. Of course, Frank did not want to sit at the wheel. He bypassed this need by drinking lightly before boarding the flight – the pilot with alcohol in his blood was not allowed to control the plane.

Abagnale talked about using a fake Columbia University degree to teach sociology at Brigham Young University. He did not do it for long, only one semester. While teaching, the swindler introduced himself as Frank Adams. There were no problems with checking his documents, apparently because he worked in a private educational institution established by a religious organization.

For about a year, Abagnale worked as the chief pediatrician at a hospital in Georgia. There he was hiding from the police who were looking for him and according to the documents was Frank Conners.

While at Pan American, Frank (then Robert Black) told a flight attendant that he had a Harvard law degree. The girl had a lawyer friend, and he invited Abagnale to take the bar exam. After that, Frank really had to fake his diploma and prepare for exams. He spent two months self-taught and twice unsuccessfully tried to get into the legal profession. Nevertheless, these works were not in vain – Abagnale managed to get a job as assistant attorney general of Louisiana. However, after 8 months he had to quit. It was not that the impostor lawyer was failing in his duties. It’s just that a real Harvard graduate worked under the same prosecutor, and Frank began to fear exposure.

Of course, not all the facts in Spielberg’s picture correspond to reality. Some of the deeds of Frank Abagnale were omitted as unnecessary, and in some places the authors simplified reality. Including at the request of the real Frank, who worked on the film as a consultant. In some places, of course, he embellished his own adventures, and already the scriptwriters added emotionality and lyrics. But even in this “sleek” form, the story of the adventures of this young swindler is impressive. As the resourcefulness of Frank himself, who managed to rob the state for millions (and in the sixties it was much more money than now), and the helplessness of the FBI and the banks. In fact, if not for greed and youthful maximalism, Frank would hardly have been caught red-handed.

Abagnale was arrested in France in 1969, when he was 21 years old, that is, the swindler managed to do everything described above in just 5 years.

The creators did not lie either at the end of this unusual story, because the real Frank really turned out to be a valuable frame both for the special services and for banks. His prison term did not last long, and soon Abagnale started his own business. The legal business made Abagnale an official millionaire. The former swindler also continues to help the secret services of his country, especially since one of his three sons works for the FBI.