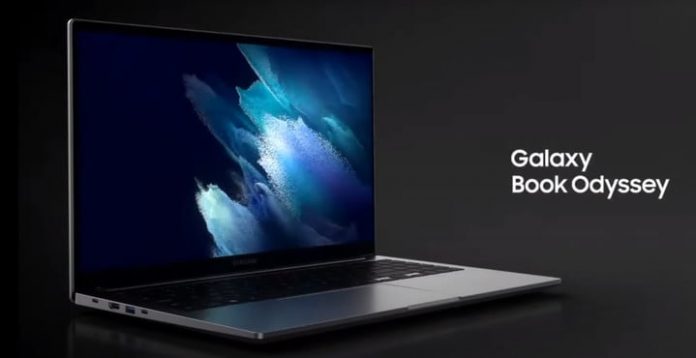 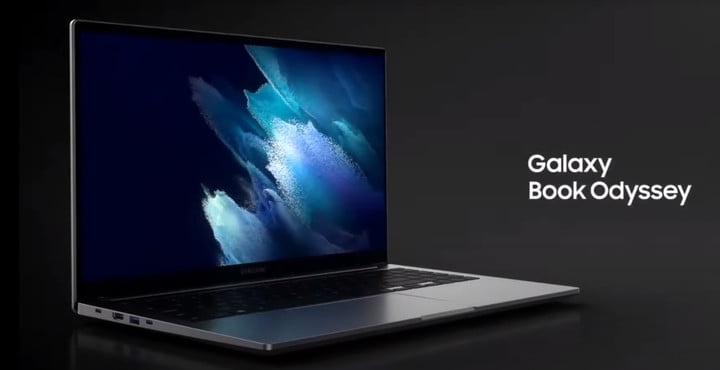 Unlike the flagship Galaxy Book Pro and Galaxy Book Pro 360, the Galaxy Book Odyssey sports a brand new and powerful Nvidia RTX 3050 Ti Max Q GPU under the hood — with the additional option for the RTX 3050 Max-Q, too. It also maxes out with up to 32GB of RAM (user upgradable), as well as 2TB of expandable and changeable solid-state drive storage. Powering the entire package is Intel’s Core i7 and Core i5 H-series Tiger Lake processors.

Other highlights on the device include its plethora of ports, including HDMI, USB Type-C, and traditional USB A 3.2 ports. Samsung says it’s one of the thinnest and most powerful gaming laptops the company has ever made, yet it also pointed out how it’s powerful enough to play “high quality” Xbox Game Pass Games on PC.

Of course, with an Nvidia RTX 3050 Ti Max Q GPU, other games like Cyberpunk 2077, or Microsoft Flight Simulator should not be a problem, either. Samsung says it’s “a perfect match for gamers about to embark on their wildest adventures” and mentions the device is designed for “everyday use to heavy-duty gaming and B2B usage.”

The laptop is sized at 15.6 inches, in a Mystic Black Color, with a unique silver Samsung Odyssey logo on the lid. There’s also an enhanced cooling system onboard the laptop. As for charging, Samsung is bundling in a 135-watt USB Type-C charger, instead of the barreled charger you’ll find on typical gaming laptops.

Galaxy Book Odyssey joins the Galaxy Book, Galaxy Book Pro, and Galaxy Book Pro 360 in Samsung’s 2021 lineup. The Galaxy Book is meant to be more of a laptop for education markets, and “accessible for everyone” with the same great processing power and performance as the two other flagship devices.

Samsung says Galaxy Book Odyssey is coming later this summer, in August, priced starting at $1,400. That’s several months after the Galaxy Book Pro and Galaxy Book Pro 360, which are set to become available next month in May.