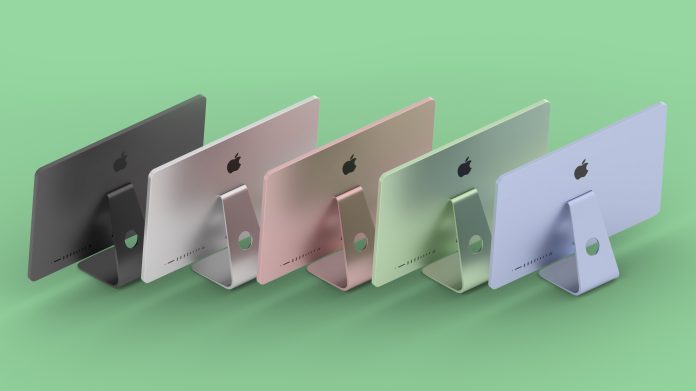 Reliable leaker known as l0vetodream has hinted that Apple may debut its rumored redesigned and colorful iMac at its “Spring Loaded” event on Tuesday, April 20.

In a tweet, the leaker posted an image of Apple’s logo used for marketing the upcoming event and an image of the retro rainbow Apple logo alongside the colorful lineup of G3 iMacs. Apple leaker Jon Prosser previously reported that these upcoming iMacs would debut in various colors, a throwback move to the G3 ‌iMac‌.

Beyond an array of colors, Bloomberg has reported that the first major redesign of the ‌iMac‌ since 2012 will take inspiration from the Pro Display XDR, with no chin and narrower side bezels. The main headline of the “Spring Loaded” event is expected to be brand new iPad Pros with a faster processor and a new mini-LED display on the highest-end model.

Apple is working on two new versions of the ‌iMac‌ to replace its existing 21.5-inch and 27-inch models. l0vetodream recently suggested that one of the new models will be bigger than the existing 27-inch ‌iMac‌.Related Roundup: iMacTag: L0vetodreamBuyer’s Guide: iMac (Caution)
This article, “Reliable Leaker Hints Redesigned Colorful iMac to Debut at ‘Spring Loaded’ Event” first appeared on MacRumors.com