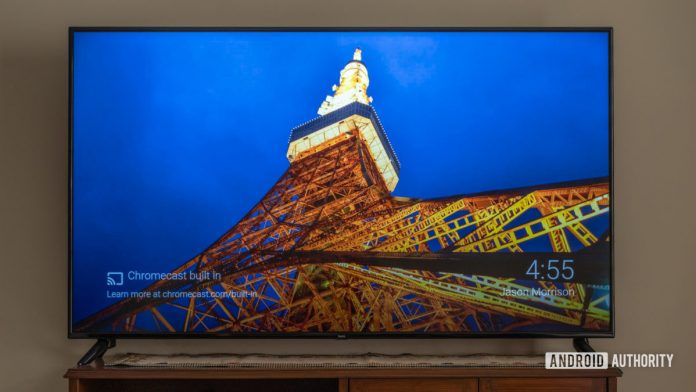 Xiaomi started the trend of affordable smart TVs in India, but it isn’t the only player in the market now. Add to that the company’s attempts at climbing up the value chain, as well as the recently launched QLED panels, and it only made sense to launch TVs that are even more affordable. This time, though, it’s under the Redmi branding. The schtick remains the same, except at an even bigger panel size. Good enough picture quality, at a hard to resist price. Can’t beat that, can you? In the Android Authority Redmi Smart TV X65 review, we will see if this is the affordable large-screen television to get, or if Xiaomi cut too many corners to get the price down.

About this Redmi Smart TV X65 review: I wrote this review after spending a week with the television. Xiaomi India supplied the device, which was running Android TV with Patchwall on top.

What you need to know about the Redmi Smart TV 65X

The Redmi Smart TV 65X represents Xiaomi’s entry into the affordable TV segment under the budget-focused Redmi branding. The television is available in a range of sizes, but we tested the range-topping 65-inch variant.

The television is focused on bringing the Patchwall experience and a large display size to a whole new price point. Unfortunately for Xiaomi, the company isn’t the first to bring an affordable large screen to market. However, the well-known brand identity and quality after-sales support should help it get a leg up in the segment.

How’s the design of the Redmi Smart TV X65?

The Redmi TV takes a minimal approach towards design. You know what? I don’t mind this at all. As an affordable television, I’d rather have the company focus on the one thing that matters most: picture quality.

The TV looks good enough, though the bezels are on the thicker side. This is noticeable compared to Xiaomi’s previous offering, the Mi Q1 QLED TV.

Related: The best Android TV boxes of 2021 you can get

When designing an affordable product, certain concessions have to be made with materials used. With the Redmi TV, that’s glossy plastics all around.

The only real distinctive element is the clear plastic dome that sticks out under the front bezel. It glows a soft white light when the television is switched on.

Elsewhere, the stands are made of plastic. While I didn’t observe any wobble per se, Xiaomi could’ve done better here given the considerable size and weight of the 65-inch TV. 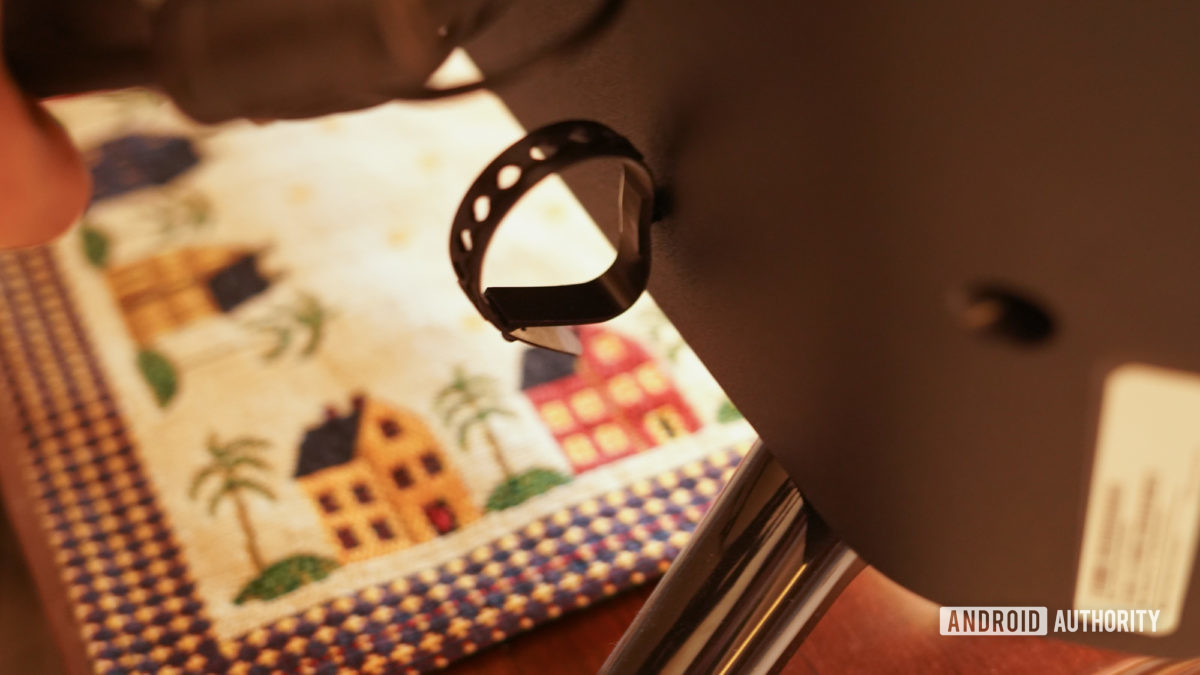 What has improved is the layout of the ports. A dinky-looking plastic loop at the back aids cable management. It’s not the most highly engineered solution, but it does the trick. As a stickler for cable management, I appreciate these little additions.

Xiaomi has been generous with the port selection on its affordable televisions.

Xiaomi continues to be generous with its port selection. The Redmi Smart TV 65x has three HDMI 2.1 and two USB 2.0 ports over at the back. Only one of these supports eARC, but we’re willing to make that concession given the price point. While a higher-spec port would’ve been great, most users should have no issues playing back personal files off an external hard disk. The port also provides sufficient power to run an external streaming stick like a Fire Stick should you prefer that over Android TV. 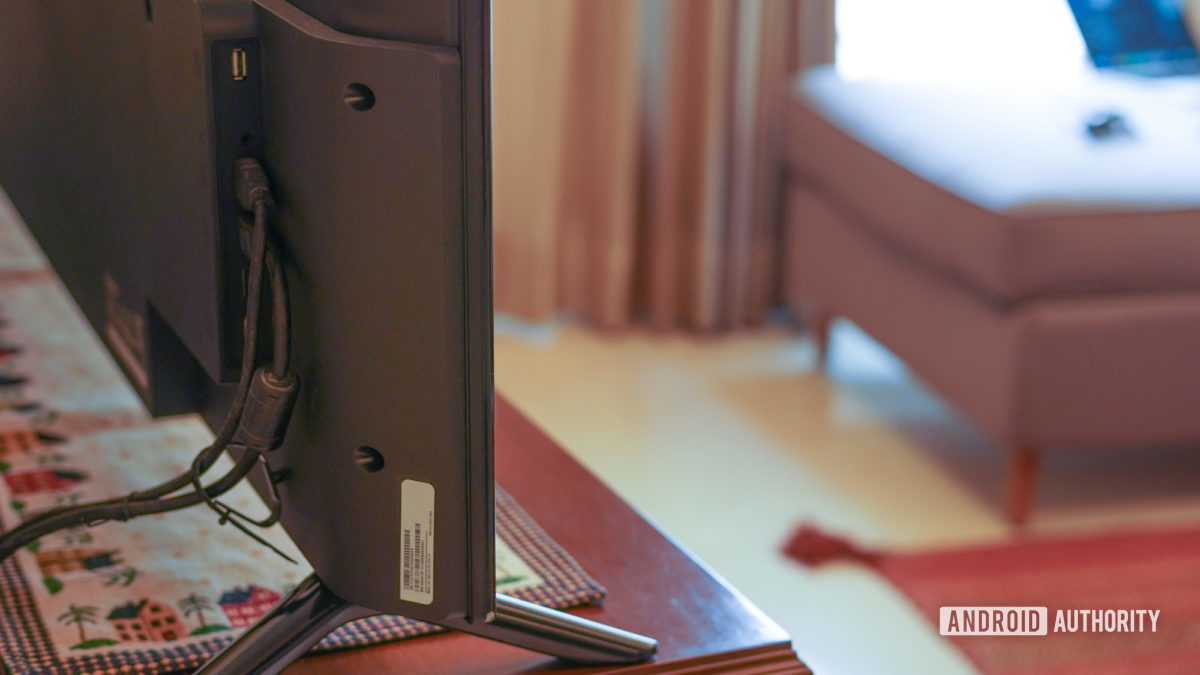 The rest of the port selection is bog-standard: ethernet, optical output, and a 3.5mm audio jack. The television also supports Wi-Fi and Bluetooth 5.0. The former is good enough for streaming services, but I had to fiddle around with the nodes of my mesh router while streaming high bit-rate content from my network attached storage (NAS) drive. Your mileage may vary, but I’d recommend keeping the television in close proximity to your router.

Bluetooth connectivity is rock solid. I had no trouble piping out television audio over a pair of headphones. This comes in very handy while watching movies or playing games late at night.

The Redmi Smart TV X runs Android TV, but Xiaomi doesn’t want you spending too much time there. Instead, it’s Patchwall that is the real draw here. Similar to MIUI on its phones, Xiaomi has a completely new software skin that sits on top of vanilla Android TV.

Android TV buyer’s guide: All you need to know about Google’s TV platform

You know what? It’s surprisingly good. Patchwall does a top-tier job of integrating satellite television with streaming services. It even offers universal search and recommendations, which makes it a lot better than Google’s lackluster attempts at content aggregation with Android TV. Good work there, Xiaomi.

On paper, the Redmi TV includes all the specs you could hope for. With support for Dolby Vision to HDR 10, you get a reasonably bright panel with a focus on accuracy.

Let’s be honest. This is a budget television with a focus on size while maintaining a degree of quality. Video output is very good for the price but pales in comparison to Xiaomi’s own QLED panels. Once calibrated, colors are reasonably accurate, though the output isn’t as vibrant as I’d have liked it. The peak brightness levels stood out for me, and I had no trouble viewing the screen in a bright sunlit room.

There is a bit of backlight bleed around the edges, but it wasn’t serious enough to be a detriment in all but the darkest of scenes.

I noticed a bit of backlight bleed, and the black levels aren’t particularly great.

It’s worth noting that the black levels aren’t anything to write home about despite support for dynamic lighting. However, this can be an issue with most budget-focused televisions and Xiaomi is hardly the exception.

The television includes support for motion smoothing. This adds to the sports viewing experience, but I recommend you keep this off for everything else.

On that note, a long press on the Mi button brings up quick access to picture profiles. This makes it easy to flip between content profiles depending on what you are watching. Finally, you give up on high-end features like a high refresh rate and variable refresh rate support. But you weren’t expecting that on a budget television, were you?

The Redmi TV includes two speakers with a total output of 30W. I wish the company had brought in the six-speaker array from the Mi Q1 QLED television. Instead, the dual speakers here tend to sound a bit muddy.

Sure, they go loud enough but there’s not much separation here. While watching Zack Snyder’s Justice League, it became a bit of a chore to follow the dialogue in more hectic scenes. 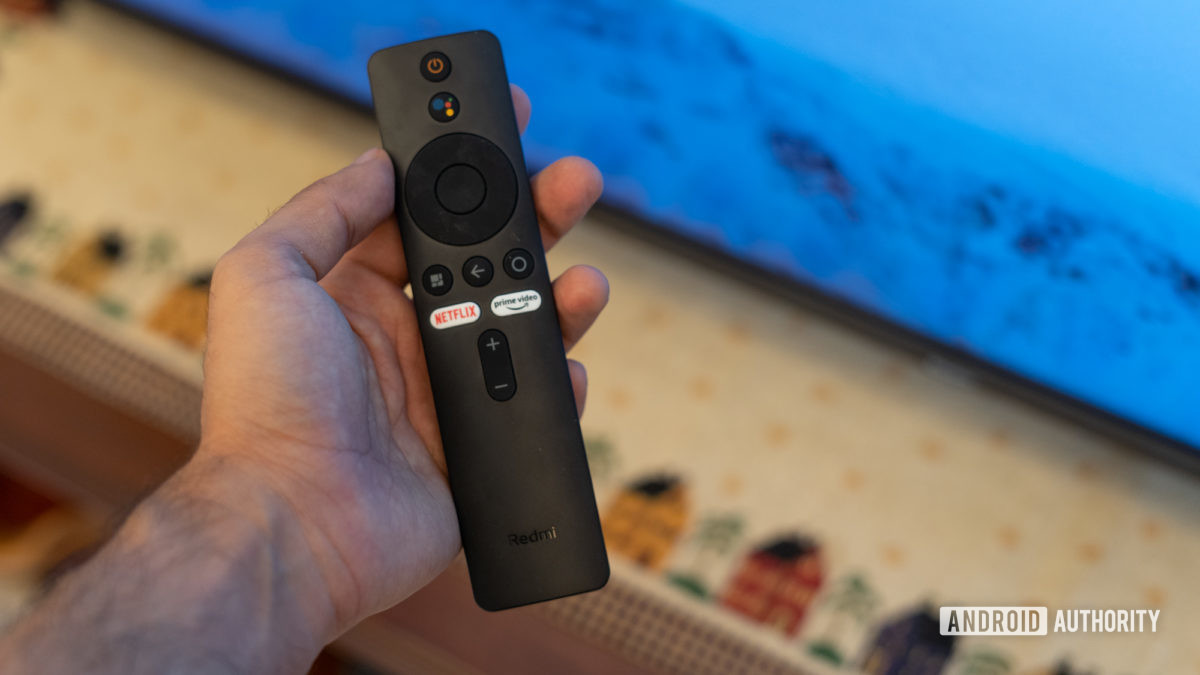 Plenty good. It’s the same remote that Xiaomi has been using across its product portfolio, and includes all the necessary buttons.

Like on the Mi Q1 QLED TV, there is a range of shortcuts here, like the ability to double-tap the volume button to mute audio. Long pressing the Mi Button brings up quick settings. Finally, there are options to turn off the display in case you are listening to music. You can also put the television in a low power state over a complete shutdown.

Xiaomi’s affordable television combines a decent panel with a quality user experience and backs it up with a robust after-sales network making it an easy to recommend option in the affordable large-screen segment.

The smart television market has gotten pretty competitive over the last few years, with quite a few players offering budget-focused panels. That said, the Redmi Smart TV 65x offers great value for money.

It’s hard to beat the value you are getting with the Redmi Smart TV 65X.

Major competitors include options from TCL and Kodak. The former offers slightly better image quality, but there is a premium to be paid there. Meanwhile, you can save some money on the Kodak CA series. However, the company doesn’t have anywhere close to the support network that Xiaomi has in place. 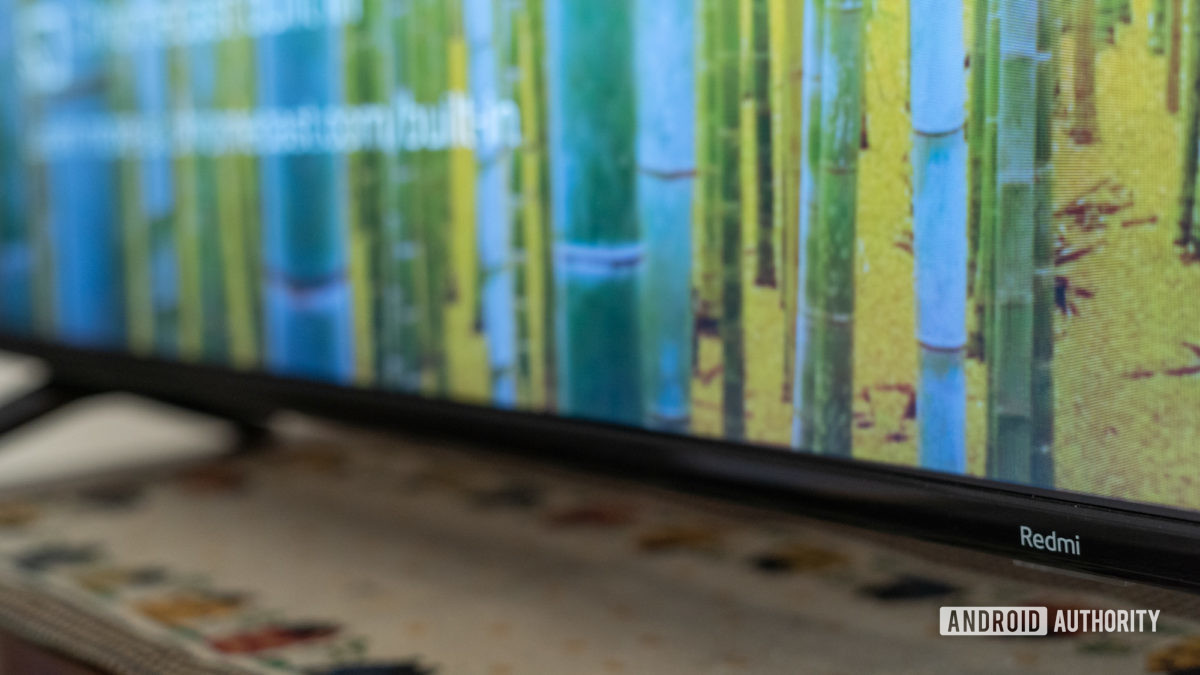 The Redmi Smart TV 65X isn’t the most feature-packed television, nor is it a statement piece. Instead, Xiaomi has focused on providing a decent panel at a reasonable price. The quality of materials used isn’t the last word in consumer electronics, but it doesn’t come across as cheap either. Priced at just Rs. 57,999 (~$784), the Redmi Smart TV X65 marries an affordable price point with picture quality that doesn’t disappoint.

It also shouldn’t be overstated that Xiaomi goes much further ahead than the competition in providing an after-sales network for a product. This is an important criterion for a product expected to last you a few years.

The Redmi Smart TV 65X earns a worthy recommendation for its value proposition.