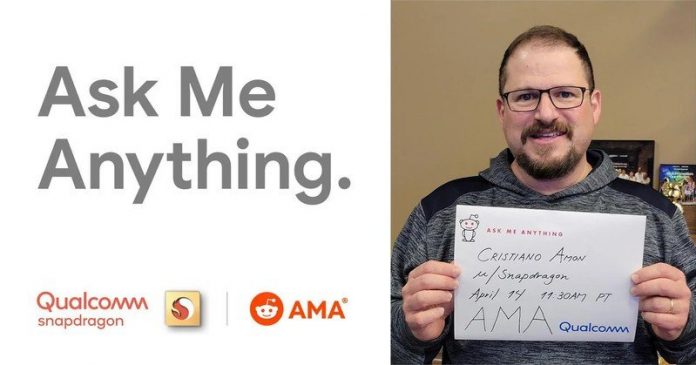 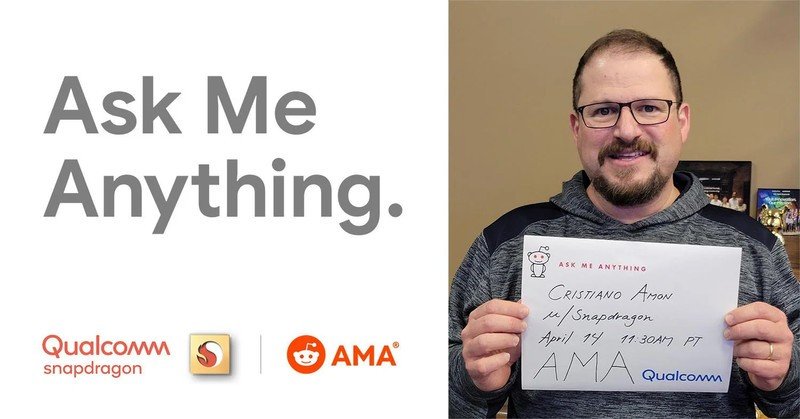 Qualcomm recently opened the Snapdragon Insiders program as a way to reach out to technology enthusiasts and fans of the company’s products. The program is meant to give members access to perks like contests, event invites, Ask Me Anythings (AMAs), and first dibs on information about new products. Today, the newly appointed Qualcomm CEO, Cristiano Amon, took to Reddit for an AMA discussing Qualcomm’s current and future products.

As expected, many of the questions were focused on 5G, which is understandable now that it’s becoming more commonplace with many of this year’s best Android phones to launch thus far. One question posed was about the role of 5G on a global scale and how it may cause a digital divide between those with and without access. Amon gave a response to the contrary:

Actually, it’s the opposite – 5G brings a unique opportunity to democratize internet access and computing power. In addition to bringing high-speed broadband to millions it will connect everyone and everything to the cloud and bring the computing power of the cloud to every person and device. I wrote about this for the World Economic Forum – I believe policymakers should prioritize 5G rollouts and unlock it’s potential.

His answer makes sense given the company’s push to bring 5G to lower prices with chips like the Qualcomm Snapdragon 480. It’s particularly impressive, given how the network is still in its infancy, which Amon highlights in another response, stating that “we are just at the beginning of the 5G transition,” particularly as it relates to mmWave and the available 5G spectrum. While we’re currently talking MHz and GHz of spectrum, Amon is already thinking about Terahertz (THz):

Look, there is no question that wireless will continue to need more spectrum. The technology behind mmWave spectrum applied to 5G is amazing – it works incredibly well despite the initial skepticism. THz will be the same.

Of course, the big pink elephant in the room was the global chip shortage that has ravaged multiple industries and caused a shortage of devices like the PS5. It has already started to affect the best Android phones, with big players like Samsung and potentially Google feeling the effects on their production line. When asked about how this affects Qualcomm, Amon responds by admitting that the effects of the pandemic have accelerated dependence on chips across several industries while giving some hope that things will improve later this year:

The pandemic significantly accelerated the digital transformation of the economy globally. That drove demand for semiconductors for connectivity, processing, and cloud across every industry. Additionally, as predicted by Qualcomm, the 5G smartphone market continues to grow, and will hit more than half a billion 5G devices at the midpoint of our projections. If anything, this semiconductor shortage highlighted the importance of our technology to the future of our economy and the significance of the opportunity ahead of us. We are optimistic that the semiconductor supply constraints will improve in the second half of the calendar year.

Cristiano Amon also talks about Qualcomm’s role in automotive, VR/AR, and PC chips, as well as how much he benches. Having this kind of consumer engagement is definitely a good way to begin his tenure as CEO once his new title goes into effect on June 30, and there will likely be more engagement opportunities thanks to the Snapdragon Insider program.