HomeNewsParallels 16.5 Can Virtualize ARM Windows Natively on M1 Macs With Up...
News

Parallels 16.5 Can Virtualize ARM Windows Natively on M1 Macs With Up to 30% Faster Performance 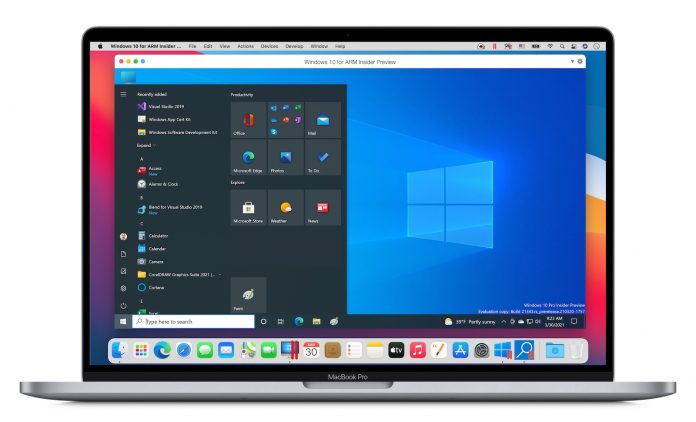 Parallels today announced the release of Parallels Desktop 16.5 for Mac with full support for M1 Macs, allowing for the Windows 10 ARM Insider Preview and ARM-based Linux distributions to be run in a virtual machine at native speeds on M1 Macs.

Microsoft does not yet offer a retail version of ARM-based Windows, with the Windows 10 ARM Insider Preview available on Microsoft’s website for Windows Insider program members. The ability to run macOS Big Sur in a virtual machine is a feature that Parallels hopes to add support for in Parallels Desktop later this year as well.

Note: MacRumors is an affiliate partner with Paralles. When you click a link and make a purchase, we may receive a small payment, which helps us keep the site running.Tag: Parallels
This article, “Parallels 16.5 Can Virtualize ARM Windows Natively on M1 Macs With Up to 30% Faster Performance” first appeared on MacRumors.com

Facebook
Twitter
Pinterest
WhatsApp
Previous articleiPhone 13 Pro Rumored to Be Thicker and Feature Larger Rear Camera System
Next articleDeals: Shop Low Prices on iPad Pro (Up to $120 Off), iPad Air (Up to $50 Off), and iPad Mini ($69 Off)
- Advertisment -

Windows 10X is probably dead, and Microsoft is better off without it