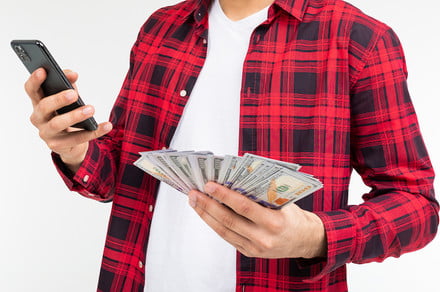 How would you feel if you won a $2.3 million jackpot playing online blackjack and then the company operating the game refused to pay because it claimed the win was the result of a software malfunction?

Well, this is exactly what happened to Brit Andrew Green in 2018. Naturally, he couldn’t accept the explanation, and so he took it to court. This week, after a prolonged legal battle, the company has finally been forced to pay up.

It all started when Green, 54, won the jackpot on a game called Frankie Dettori’s Magic Seven on an app operated by British betting firm Betfred and its parent company, Gibraltar-based Petfre.

When he saw he’d won 1.8-million British pounds, Green made a beeline for his local pub to celebrate with friends, racking up a £2,500 ($3,400) bill in the process. Betfred even called up to offer congratulations on the win and offer financial advice.

But several days later, a company executive contacted Green to say the company wouldn’t be paying out as the app had suffered an error that caused the game to malfunction.

Instead, Betfred offered Green £60,000 ($82,000) as a goodwill gesture, but insisted that he should never mention the incident again. But the online gambler refused the offer and went down the legal route in a bid to secure his winnings.

During the case, Betfred insisted that the software error, which prevented the game from properly resetting during Green’s gaming session, was covered by the game’s terms and conditions, the BBC reported.

But the court determined that the wording on this point was “inadequate” and “not transparent or fair” and therefore Betfred was not entitled to use this as an argument.

After hearing from both sides, the U.K.’s High Court this week ruled in Green’s favor, forcing Betfred to pay up.

“Mr Green won the jackpot three times whilst playing a game provided by one of our third-party suppliers,” the company said after the case ended. “The supplier reported a software problem to us and advised that we should withhold payment. However, we will abide by the court’s decision and not appeal. We would like to apologize to Mr. Green for the delay in receiving his money.”

In a statement, Green said the stress of the case had caused him to suffer both mentally and physically over the last few years.

“Along with my family, I have been through some very low times and become very down,” he said. “My physical health has also suffered badly, and I sometimes wished I’d never won this money because it was just making my life a misery.”

Green added, “The champagne can finally come off ice and be savored.”

Green’s lawyer said the ruling would “give hope to others who may be thinking that the big, rich guys always win.”