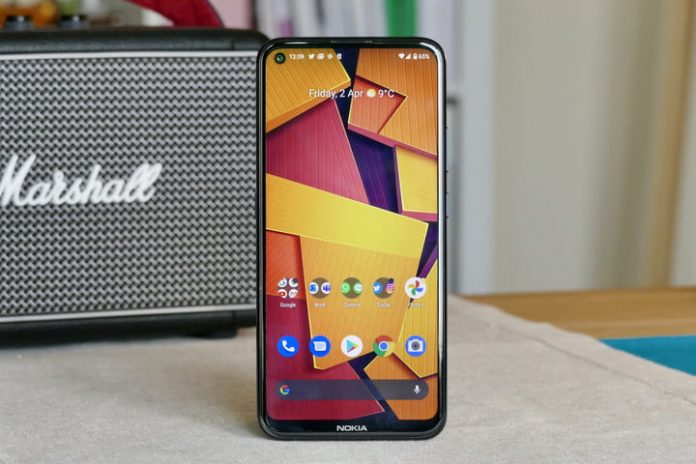 Budget smartphones have really come into their own over the past few years, with manufacturers honing the art of offering great features at affordable prices. The Nokia 5.4 is the latest in a long line of such devices, boasting such selling points as a quad-lens rear camera, 4,000mAh battery, a 6.39-inch display, as well as a modest $249 price tag. However, while it looks good enough at first glance, it certainly has plenty of competition to fend off, with the Moto G Power (2021) being arguably the best sub-$200 smartphones you can buy today.

With an even bigger 5,000mAh battery and a pretty 6.6-inch display, the Moto G Power has plenty to worry the Nokia 5.4 and its fans. But how exactly does each phone weigh up against the other? We answer this question with a head-to-head comparison. This should help you decide which is the best budget Android phone for you.

If you’re interested in looking at other phones, check out our articles on the best cheap phones for 2021, as well as the best Android phones.

The Nokia 5.4 and Moto G Power (2021) look roughly similar to the casual observer, although there are some subtle differences. While they each feature an edge-to-edge display with a punch-hole selfie camera in the top-left corner, the Nokia 5.4 sports slightly larger bezels, particularly at the bottom of its screen. At the same time, its overall design isn’t really different from last year’s 5.3, with the circular module for the rear camera lenses looking a little tired. By comparison, the Moto G Power’s square module (with nicely rounded corners) looks a little more modern. Both devices have a fairly cheap plastic back.

Don’t expect to set the world alight with either phone’s display. The Moto G Power’s 6.6-inch screen contains 1600 x 720 pixels, while the Nokia 5.4’s 6.39-inch display has 1560 x 720. This difference is negligible, with both phones also using LCD technology for their displays, meaning that they aren’t quite as vivid and as detailed as phones with an OLED or AMOLED screen. That said, reports indicate that the Moto G Power maxes out at a brightness of 500 nits, while the Nokia 5.4 only goes up to 400, making it a little dim by comparison.

Neither phone comes with an official IP durability rating, although the Moto G Power does feature a water-repellent coating. This is a slight difference, but when combined with the fractionally nicer design and brighter screen, we’re giving this opening round to Motorola’s phone.

In a world of A14 Bionics and Qualcomm Snapdragon 888s, both the Nokia 5.4 and the Moto G Power come equipped with a Snapdragon 662. This is a decent enough processor, although you may see some slowdown on more intensive games, while apps may also take slightly longer to load. The Nokia 5.4 improves things slightly by virtue of shipping with 4GB of RAM as standard, compared to the Moto G Power’s 3GB. You can pay more to have a Nokia 5.4 with 6GB of RAM, or a Moto G Power with 4GB.

The Nokia also has the advantage in terms of internal memory, housing 64GB of storage. By contrast, the Moto G Power comes with only 32GB, which is pretty incredible (in a bad sense) in this day and age. You can pay $50 extra to have the version with 64GB of memory (and 4GB of RAM), but it also seems that many online retailers are selling the 128GB version of the Nokia 5.4 for the same price.

The Moto G Power performs better in terms of battery life. At 5,000mAh, it will pretty easily last you two days if you don’t go too crazy, and just over a day if you’re a heavier user. By contrast, the Nokia 5.4 runs on a 4,000mAh cell, which is good enough. It won’t last quite as long as the G Power between charges, but it should see you quite comfortably into a second day.

This relative shortcoming aside, the Nokia 5.4 wins this round due to its bigger RAM and internal memory.

The Nokia 5.4 and Moto G Power both provide a healthy number of rear camera lenses for your buck. The Nokia 5.4 ships with a quad-lens rear, comprising a 48MP wide lens, a 5MP ultrawide, a 2MP macro, and a 2MP depth. The Moto G Power is identical to this, except its triple-lens setup doesn’t include an ultrawide lens.

This ultrawide lens makes a big difference to the Nokia 5.4’s versatility, even if it isn’t as capable as other ultrawides you’ll find on more premium phones. What’s more, the Nokia 5.4 is a little more usable in general than the G Power, with its main lens enabling you to take decent, if unspectacular, photos in good conditions. The G Power doesn’t fare quite as well, with its main camera lens mostly capturing relatively flat pictures, with the occasional intrusion of noise. Its macro and depth lenses are also pretty useless, but then again so are the Nokia 5.4’s.

Both phones let you capture HD (1080p) video at 30 frames per second, which isn’t particularly impressive in the light of 4K and even 8K capabilities on other phones.

While Android 11 is the latest OS for Android phones, both the Moto G Power and Nokia 5.4 are still using Android 10. Still, Motorola can be applauded for offering a refreshingly stripped-back version of the Android experience, removing plenty of unnecessary clutter while adding a range of useful features, such as time-saving gestures.

It’s a similar picture with updates. Nokia is signed up for the Android One program, yet it launched only with Android 10, so it may take a while for it to receive upgrades. Likewise, the Moto G Power is guaranteed to update only to Android 11, so you won’t get Android 12 or any later version. This is disappointing, but thanks to its quick and uncomplicated software, we’re giving this round to the Moto G Power.

The Moto G Power does at least offer one unique selling point: The aforementioned gestures, also known as Moto Actions. These let you do such things as use three fingers to capture screenshots, twist the phone to launch the camera, and perform a chopping motion to turn on the flashlight. The phone also offers a Gametime mode, which lets you tweak settings — such as notifications and battery usage — in order to optimize your gaming experience.

These are nice touches, and while they’re hardly groundbreaking, they are just enough to give this round to Motorola’s phone.

The Nokia 5.4 can be bought directly from Nokia, which is currently selling the phone at $200, rather than at its $249 launch price. It works with all major carriers, and you can also buy it via Amazon, Walmart, and other major retailers.

The Moto G Power (2021) is available from Motorola and costs $200, or $250 if you want the model with 4GB of RAM and 64GB of internal memory. It’s supported by all major carriers, and can also be purchased from major retailers like Amazon and Best Buy.

The differences are pretty marginal, but the Moto G Power (2021) just about bests the Nokia 5.4. Its screen is a little brighter, its design a touch more attractive, and it offers more streamlined software. It’s also cheaper, at least as far as official launch prices are compared.

On the other hand, the Nokia 5.4’s camera is more usable overall than the Moto G Power’s, and it also comes with more RAM as standard and more internal memory. This may be more important to many people than good looks and user-friendly software, so we can certainly understand if some people end up going for Nokia’s budget Android.