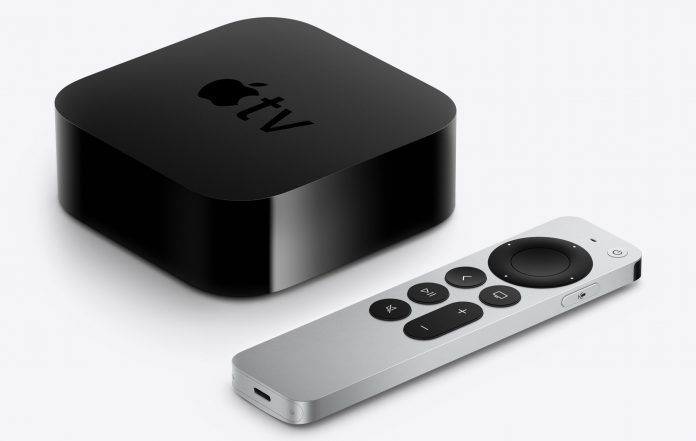 The new Apple TV 4K unveiled this week ships with a redesigned Siri Remote with a physical clickpad, new power and mute buttons for a TV, and a repositioned Siri button, but there’s another change that has gone less noticed.

According to Digital Trends, the new Siri Remote lacks an accelerometer and gyroscope, which allowed the original Siri Remote to function as a gaming controller. Apple even required tvOS games to support the Siri Remote following the launch of the fourth-generation Apple TV, but it dropped this requirement in June 2016.

Due to its lack of accelerometer and gyroscope, the new Siri Remote will not be compatible with some Apple TV games. Instead, users will need to use the original Siri Remote or connect an Apple-certified game controller.

The following message will appear on the Apple TV when opening a game that does not work with the new Siri Remote, according to tvOS 14.5 code seen by MacRumors contributor Steve Moser: “To play this game on your Apple TV, you need to connect the Apple TV Remote (1st generation) or a compatible PlayStation, Xbox or MFi controller.”

Note that the Siri Remote is called the Apple TV Remote in countries where Siri is not available on the Apple TV, but the remote is otherwise identical in functionality.

Gaming on the Apple TV has always been a niche relative to full-fledged consoles like the Xbox, PlayStation, and Nintendo Switch, and many users who do play tvOS games likely prefer to use an actual game controller anyway, so the new Siri Remote’s lack of accelerometer and gyroscope is unlikely to be a dealbreaker for many users.

It’s worth noting that Bloomberg’s Mark Gurman had reported that a new Apple TV would have a stronger gaming focus. A faster A12 chip does benefit gaming performance, and tvOS 14.5 adds expanded game controller support on the software side, but a gaming-focused Apple TV with an A14X chip rumored by leaker “Fudge” has yet to materialize.Related Roundups: Apple TV, tvOS 14Tag: Siri RemoteBuyer’s Guide: Apple TV (Caution)
This article, “New Siri Remote Lacks Accelerometer and Gyroscope for Gaming on Apple TV” first appeared on MacRumors.com

Facebook
Twitter
Pinterest
WhatsApp
Previous articleThe first HDMI 2.1 gaming monitor you can actually buy will launch in May
Next articleApple’s Greg Joswiak: No Plans to Merge Mac and iPad
- Advertisment -