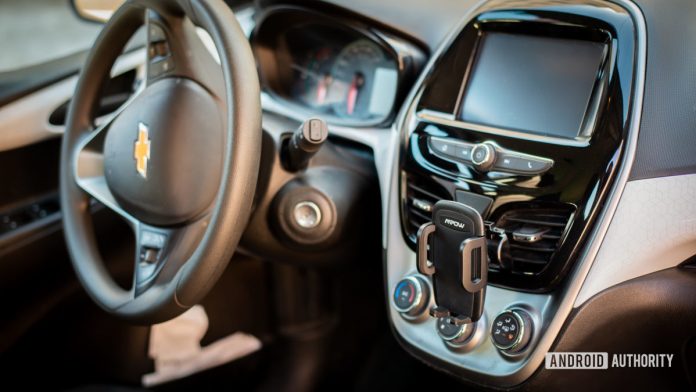 See also: The best phone holders for your car

The Mpow Car Phone Air Vent Mount is a full-size phone holder that mounts to your car vents. It can be attached to the thin clips and should secure your handset for easy access and quick viewing. This item has a $14.99 MSRP, but it can often be found for less on Amazon. It’s only available in black and measures 108 x 102 x 70mm.

Vent mounts tend to be great options for those with limited space in their vehicles. Such mounts attach to parts of the car that aren’t really crowded. Furthermore, vents are rarely interacted with, so the mount and phone likely won’t get in the way. 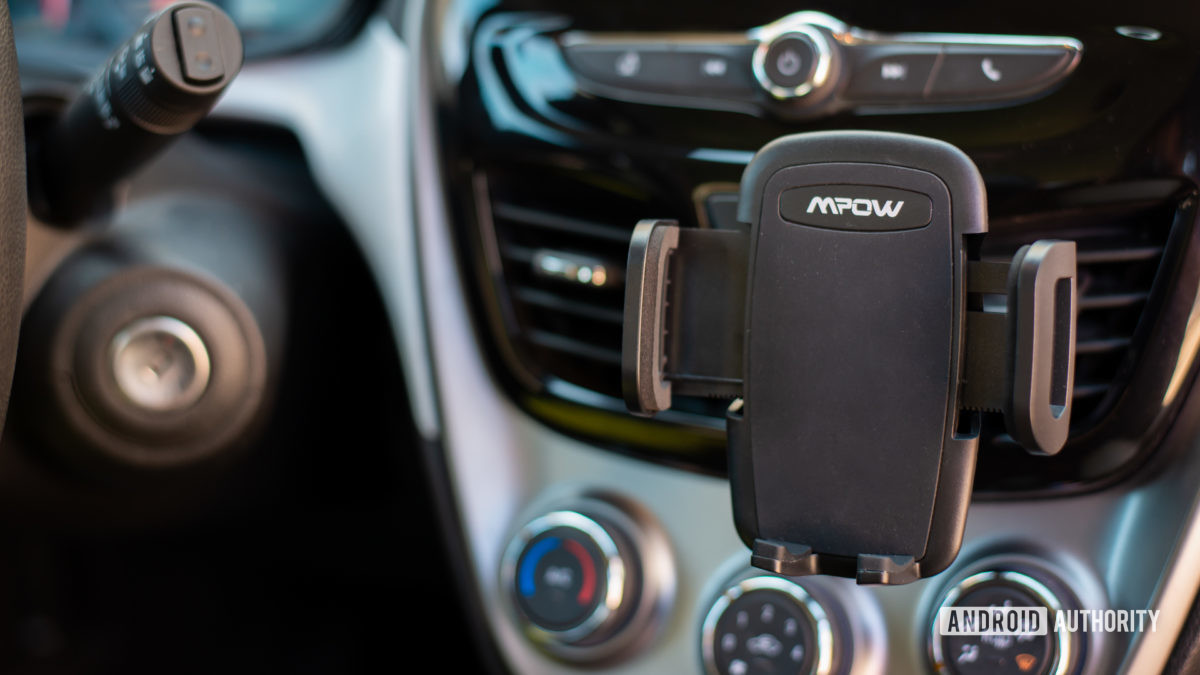 Let’s start by mentioning this is a very affordable accessory in a market in which Mpow is well recognized. And while it’s not perfect (more on that in the next section), it has plenty to offer at its price point.

Positioning the phone to your liking is pretty simple. It uses a ball joint to allow you to move the device around by applying a reasonable amount of force. Arms also extend outward up to just under 9cm, which means any device with said width will fit.

The Mpow Car Phone Air Vent Mount has plenty to offer at its price point.

You can fit pretty large devices into the Mpow Car Phone Air Vent Mount. I was able to mount a Google Pixel 3 XL comfortably, and that device sports a 6.3-inch screen with large bezels. I was also using a wallet case, which made it significantly wider and thicker. The Samsung Galaxy S10 Plus fit in with no problems either. 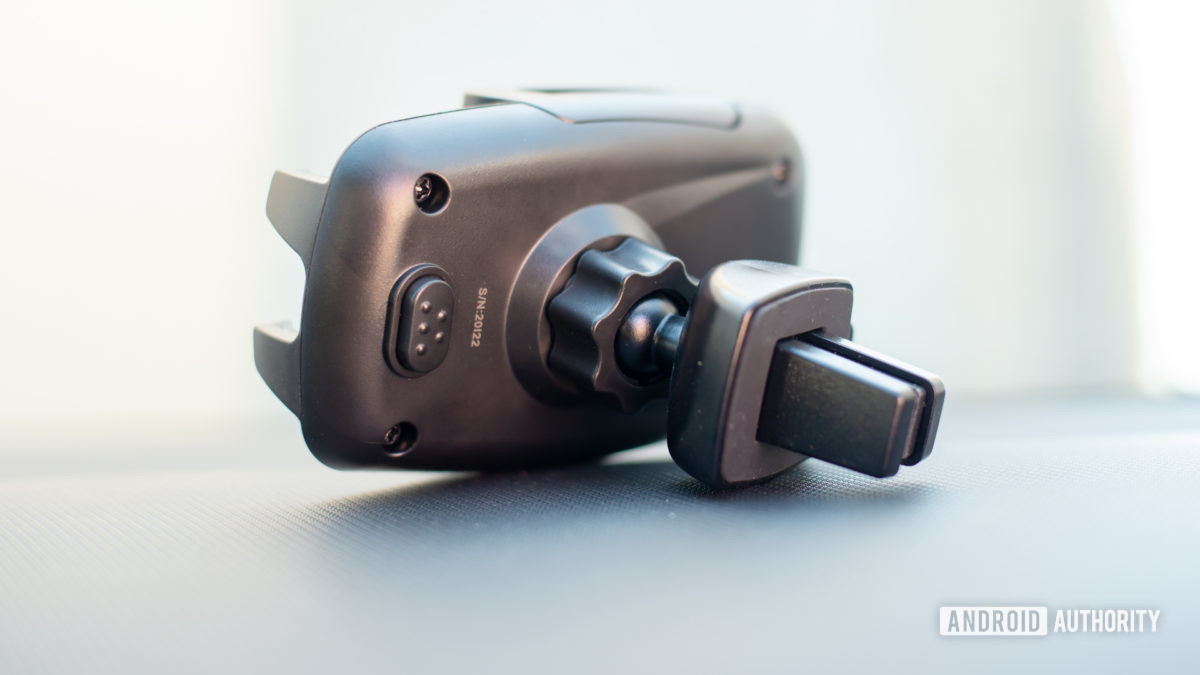 An advantage of the Mpow Car Phone Air Vent Mount’s release button is its ease of mounting and demounting. Even if the mechanism feels a little fragile, it’s a fast and easy way to grab the phone and jump out of the car.

There’s bottom support and it leaves the middle section open for charging. This could be a problem if your charging port isn’t located exactly in the middle of the device’s bottom side, so check first. Of course, you get strategically placed padding to keep your device protected and the clamp tight. The Mpow Car Phone Air Vent Mount isn’t nearly as solid as most of its competitors. Its plastic feels cheap. The addition of multiple moving parts doesn’t help either. These make it a very versatile phone mount, but also raise some concerns for long-term durability.

There’s plenty of wiggle with shakes, bumps, and potholes.

Another issue isn’t exactly Mpow’s fault, but it does affect the experience. Air vent blades aren’t sturdy enough to keep a heavy, large phone and mount combo in place. The good news is the Mpow Car Phone Mount’s tilt can be adjusted easily. This means you can slant the phone upwards even if the vent blades fall downward because of the mount/phone weight. 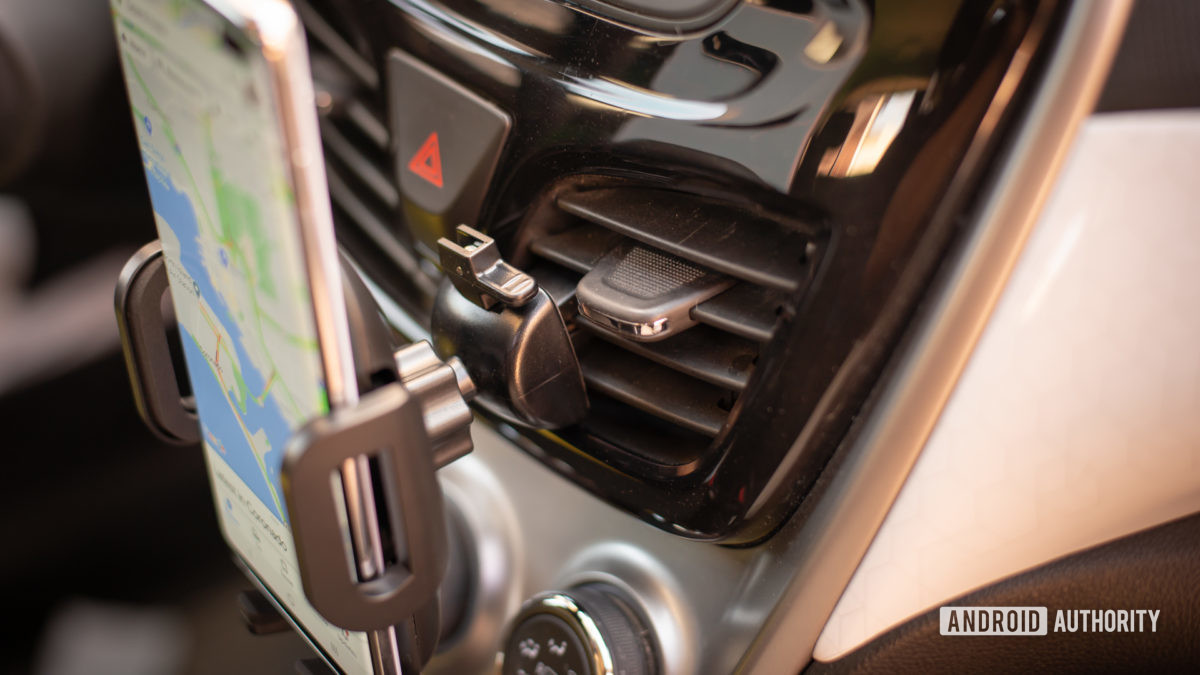 The device’s lower-end build quality shows once you start driving though. There’s plenty of wiggle with shakes, bumps, and potholes. Even driving the phone on the freeway makes it shake. It’s not like the phone will fall out (or at least it never happened to me), but it’s annoying and doesn’t inspire much confidence. 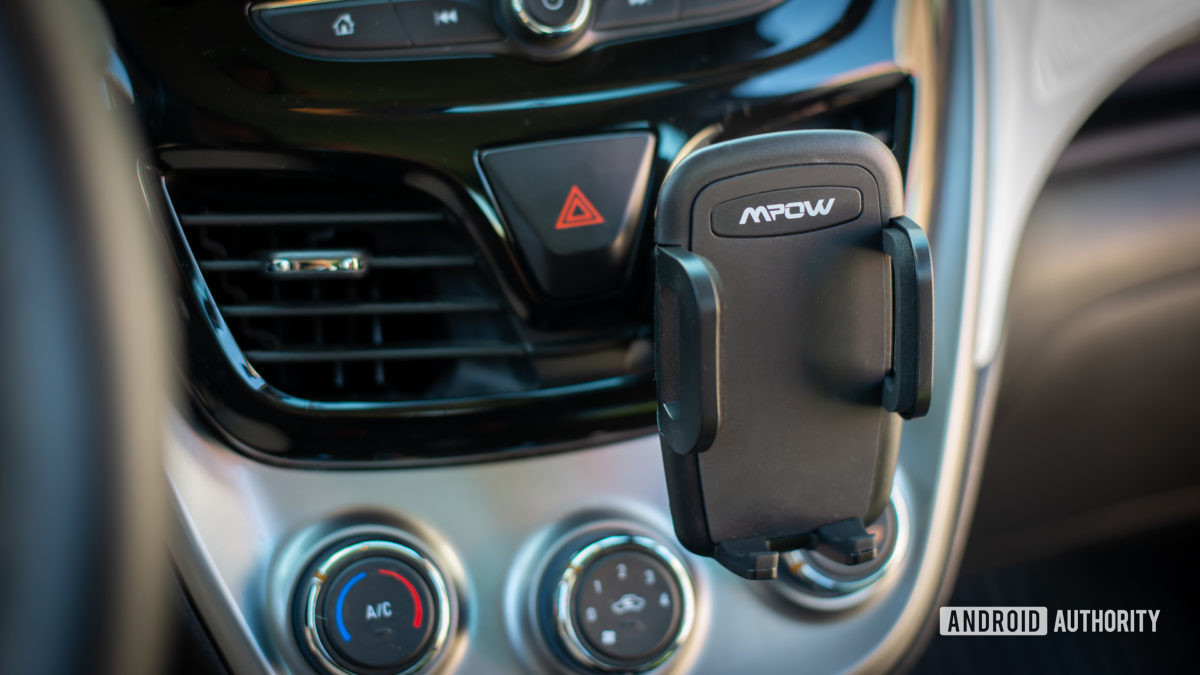 The Mpow Car Phone Air Vent Mount isn’t the best out there, but it’s a very affordable product. You could definitely do much worse at this price point. Especially considering you can often find it on special through Amazon.

Just keep in mind that a lower price often comes with sacrifices, and there are plenty here. While the product is functional, the experience isn’t always optimal. Build quality could be better, some parts feel cheap, and the mount (along with the phone) wiggles significantly when you’re on the go.

Get past those downsides and you will find the Mpow Car Phone Mount offers good value and enough functionality to keep budget-conscious drivers happy. That said, those looking for real quality should look elsewhere.

The Mpow Car Phone Air Vent Mount is an affordable phone holder that attaches to your vehicle’s air vents.