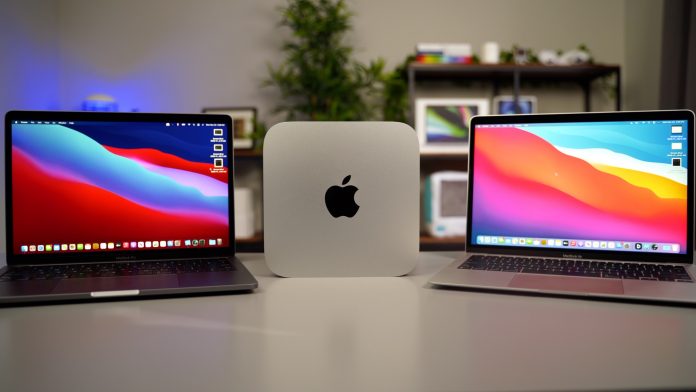 The Mac experienced momentous growth in the first quarter of this year, with shipments growing by 111.5% compared to the same time period last year, according to market data from IDC.

The data shows that the whole PC industry grew year-over-year, despite the global health crisis and component shortages. In Q1 of the year, Apple shipped roughly 6.7 million Macs, representing 8% of the whole market. Just a year ago in the same time period, Apple shipped around 3.2 million computers. 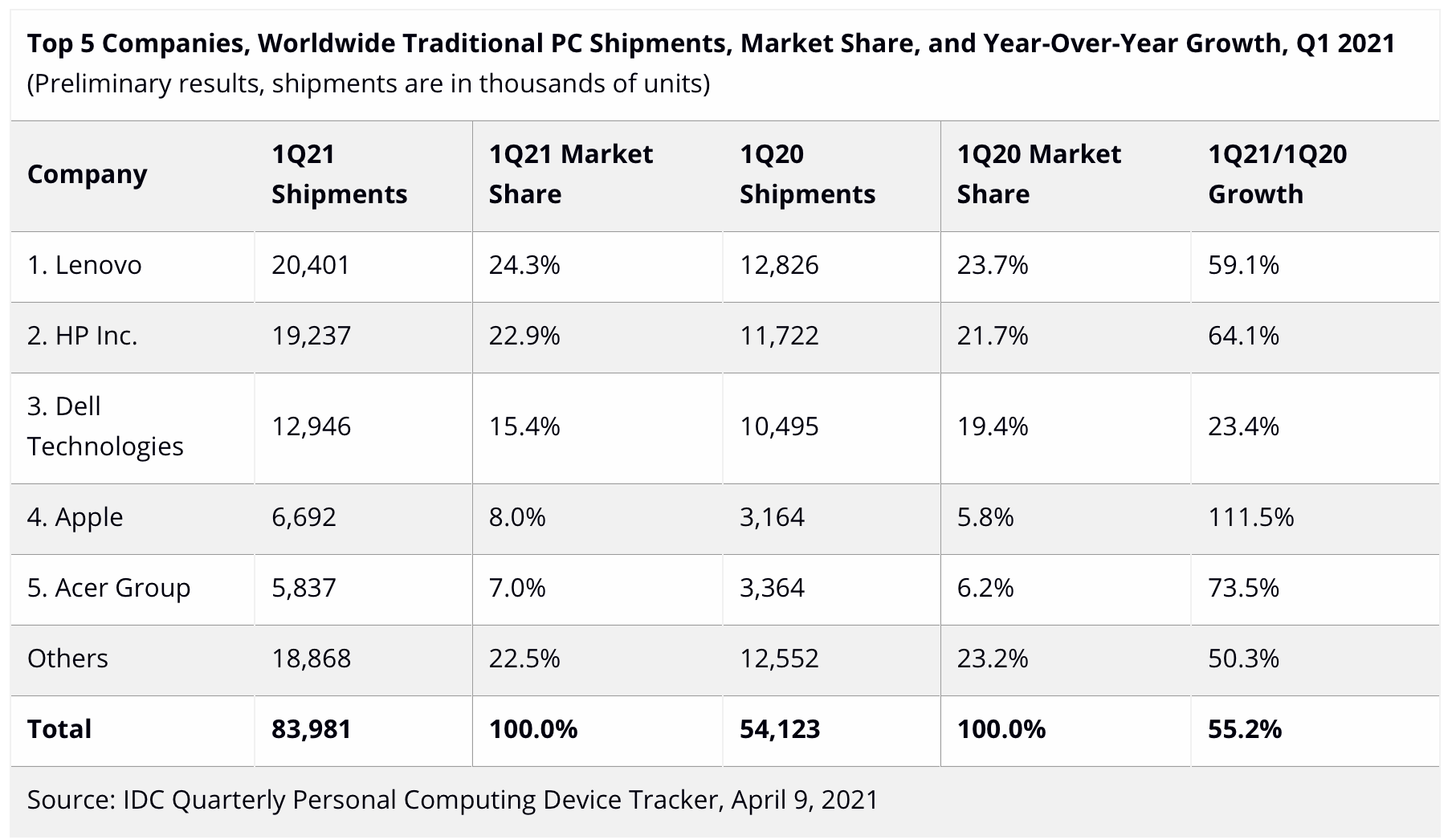 Others such as Lenovo, HP, and Dell saw double-digit growth this quarter. However, Apple represented the most amount of growth. Ryan Reith, the vice president of IDC’s Worldwide Mobile Device Tracker, says the industry has been hit due to ongoing component shortages but that the outlook remains positive.

The ongoing shortages in the semiconductor space only further prolong the ability for vendors to refill inventory and fulfill orders to customers. We believe a fundamental shift has occurred around the PC, which will result in a more positive outlook for years to follow.

Apple’s performance this quarter follows significant growth in Q4 of last year, where thanks to new Apple silicon Macs, Apple saw a 31.3% increase in shipments compared to the same quarter a year prior.

In November, Apple released three brand new Macs powered by its own Apple silicon, driving sales amid work and learning from home procedures. Looking towards the coming months, Apple is expected to widen its lead in the PC industry thanks to the launch of redesigned MacBook Pros, iMacs, and more.Tag: IDC
This article, “Mac Shipments More Than Doubled in First Three Months of 2021 Compared to Same Period in 2020” first appeared on MacRumors.com

Familiarizing With the Benefits of Technology for Your Small Business