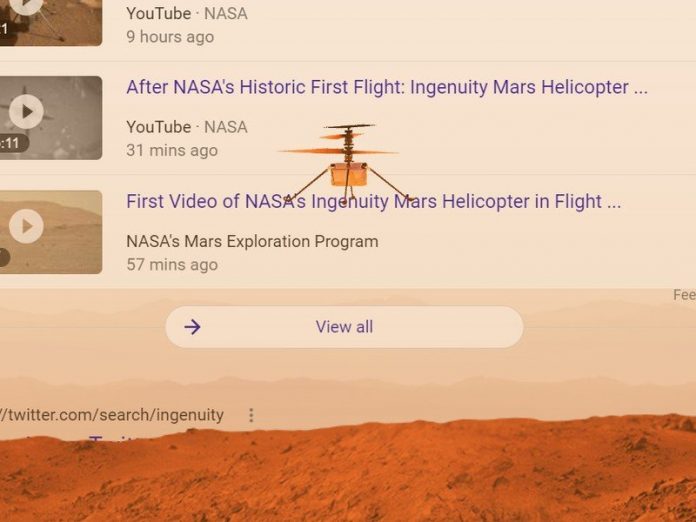 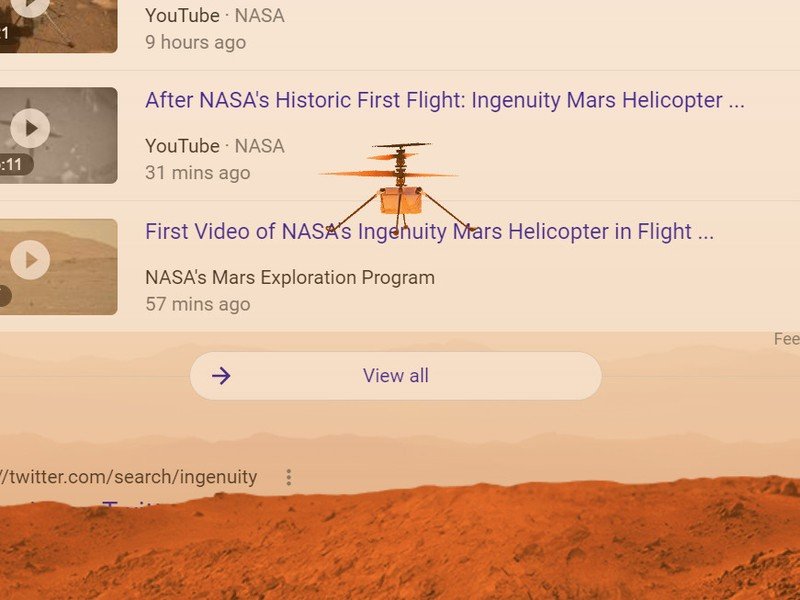 Monday represented a landmark moment as NASA completed the first powered test flight on Mars, thanks to the Mars Ingenuity Helicopter. It marks a major accomplishment for NASA and opens up a world of possibilities for unmanned planetary exploration. To commemorate the moment, Google Search has launched a fun Easter egg for anyone hoping to read up on the little helicopter that could and did. 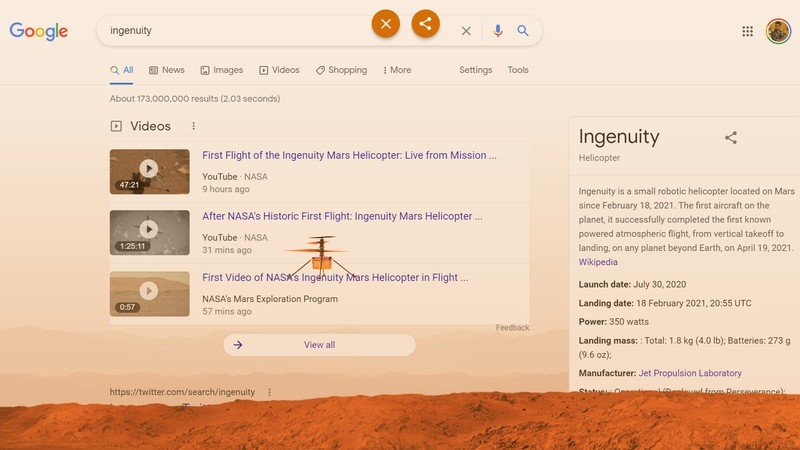 If you type in “Ingenuity,” “Mars Ingenuity Helicopter,” or any combination thereof, the associated Wikipedia card will display a small animation of the robot. Clicking on it will give your results page a reddish, Mars-like hue, with the red planet’s desert landscape rising from the bottom of the display. The Ingenuity helicopter will start flying around your computer screen, going back and forth, forward and backward, and all over the place. Additionally, the Easter egg will even work on even the best cheap Android phones when you enter the search results page. 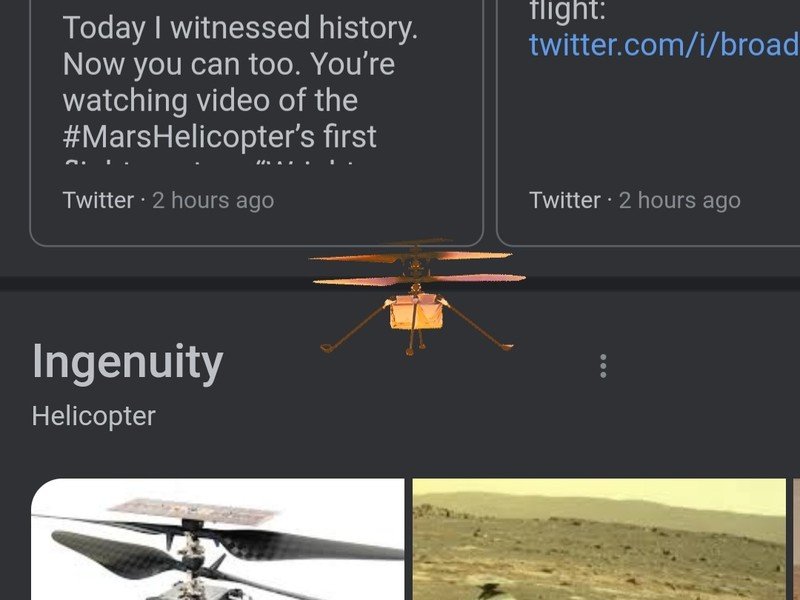 The flight is a big deal because Mars has much lower atmospheric pressure than Earth; in fact, it’s only about 10% as dense as our atmosphere. That’s the equivalent of about 100,000 ft. above the sea level or higher than three Mount Everests. Being able to take off and fly in such low pressure successfully is a feat that even Earth-bound helicopters haven’t achieved.

Even more impressive is that the Ingenuity helicopter accomplished this using the Qualcomm Snapdragon 801, a chipset that was once used in the best Android phones like the Samsung Galaxy S5. That’s a far cry from the powerful chips used in today’s phones like the Samsung Galaxy S21 Ultra, but it goes to show just how extraordinary mobile computing has become. This opens up possibilities to use this kind of atmospheric flight on other planets or even Saturn’s moon, Titan, which has a much denser atmosphere than Earth.