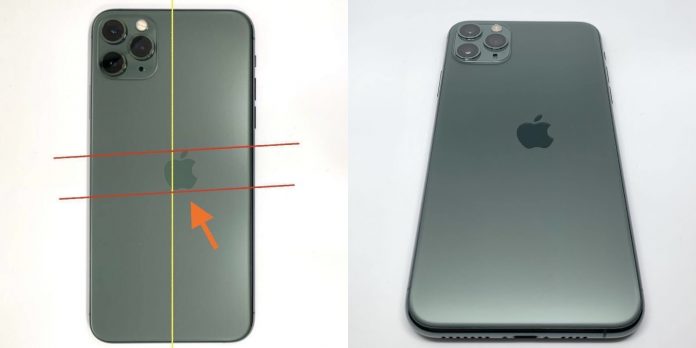 Apple has in place stringent quality control standards on the assembly line floor to prevent mistakes in production, but that doesn’t mean they don’t happen.

Images shared on Twitter reveal a iPhone 11 Pro with a misaligned Apple logo on the back of the device, a misprint that is said to be as rare as 1 in a million.

The images, posted by Internal Archive, clearly show the Apple logo is canted up from the base and slightly off-center, making it closer to the right than it should be.

The Internal Archive, which often shares images of Apple prototypes, claims the misprint could “possibly be even rarer” than 1 in a million, which apparently made the device a sought-after item – it recently sold for $2,700, according to the Twitter account. The phone was purchased in an Apple Store and the customer kept and resold it.

A misprint ‌iPhone 11‌ Pro that sold for 2700$. This misprint is extremely rare- I’d say 1 in 100 million or possibly even rarer. pic.twitter.com/68F7giZAbm

Defective Apple products do make it out of the factory from time to time, but multiple devices are usually caught up in production faults, so it’s unusual for a single impacted device like this to see the light of day – and even more uncommon for someone to pay over the odds for one.
This article, “Images Depict ‘Extremely Rare’ iPhone 11 Pro With Misaligned Apple Logo” first appeared on MacRumors.com