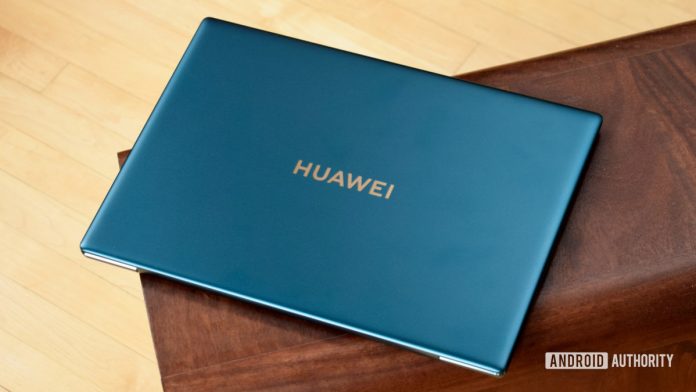 Huawei’s MateBook line enters its fifth generation this year and the company is now on its fourth revision of the MateBook X Pro series. The Huawei MateBook X Pro is one of four products in Huawei’s 2021 laptop line-up. It’s the premium-tier offering, sat alongside the new productivity-focused MateBook D16 and the more affordable Huawei MateBook 14 and 13.

Huawei buyer’s guide: Everything you need to know

Building very much on last year’s laptop formula, the 2021 variant offers up a few incremental improvements and the latest processor capabilities. But the overall package remains focused on the same ultra-premium end of the Windows laptop market, with a keen eye for design and style.

As we’re into our fourth revision with the 2021 Huawei MateBook X Pro, the main upgrade this generation comes to the processing package. Huawei offers Intel Core i5-1135G7 and Core i7-1165G7 variants, both based on Intel’s latest 11th generation CPU technology.

Paired up with 16GB LDPRR4 RAM and a new dual sharkfin fan design, there are no qualms about performance here. The dual sharkfin fans are 35% thinner to push air through a 30% thinner heat-pipe, allowing for quieter operation with 25% better cooling capabilities, according to Huawei. In reality, the laptop runs nice and cool, and I only noticed the fans spinning up while fast charging.

The other notable changes to the 2021 model vs the MateBook X Pro (2020) are found in the trackpad. There are now eight piezoelectric ceramic pads to provide more precise vibration feedback across the entire trackpad. The laptop also has a larger Huawei Share sensor which boasts a 4x larger detection area and 1.8x greater range for pair up your Huawei smartphone.

Related: The best Huawei phones you can buy right now

Prices start at €1,399 (~$1,650) and you can pick up the laptop in Space Gray and Emerald Green color options. Huawei’s latest laptop will be available from April 2021 in Germany, Italy, France, Spain, and the UK. Other regions may follow later.

How does the design hold up? 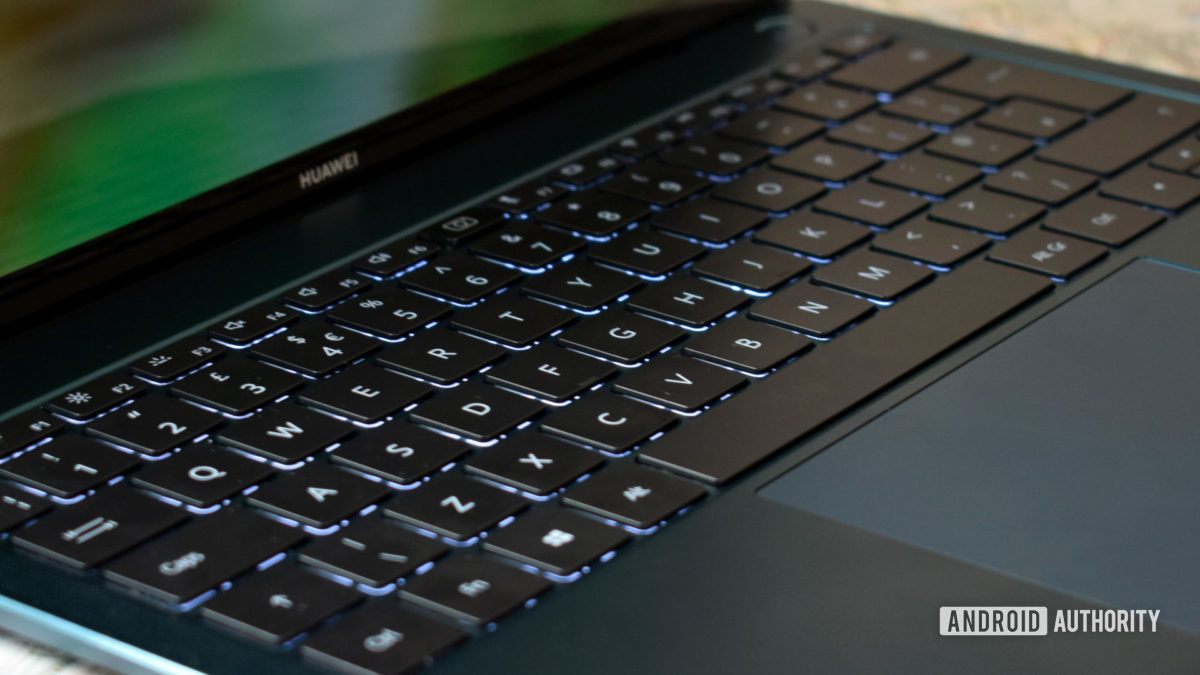 “If it ain’t broke don’t fix it” is Huawei’s mantra when it comes to the MateBook X Pro series’ design. Everything is in the same place as last year’s model, down to the speaker grills, power button, recessed camera, and USB-C ports. There are two USB-C ports and a 3.5mm headphone jack on the left and a single USB-A on the right. Huawei has integrated external display functionality into its USB-C port rather than relying on a dongle, which is a nice touch.

The MateBook X Pro (2021) has one of the better laptop keyboards around.

We liked the keyboard found on last year’s model and the 2021 edition holds up just as well. Although the keys are very low profile, there’s enough feedback to support fast typing without issue. The space bar feels a little sluggish by comparison, but it’s far from a deal-breaker. This is definitely one of the better laptop keyboards around.

At approximately 1.33kg and 14.6mm thin, the MateBook X Pro 2021 is plenty lightweight and portable but with just enough heft to feel substantial. The Emerald Green model I’ve been test-driving is simply sublime. The brushed aluminum finish feels as high quality as any other product on the market. 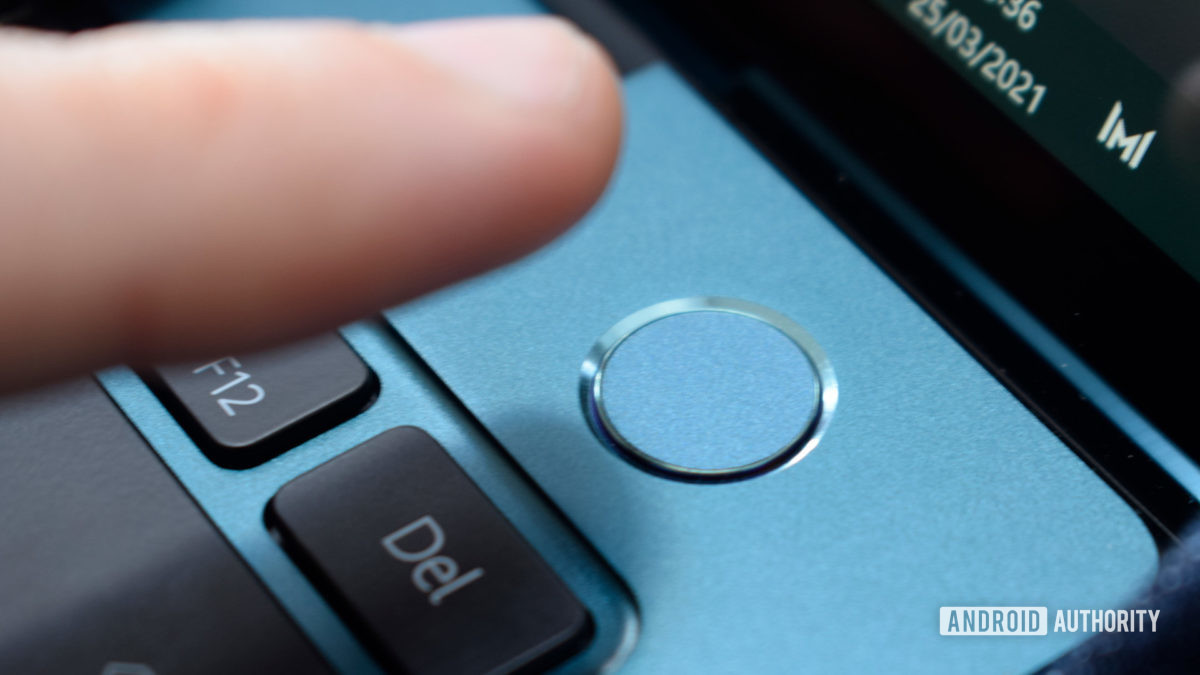 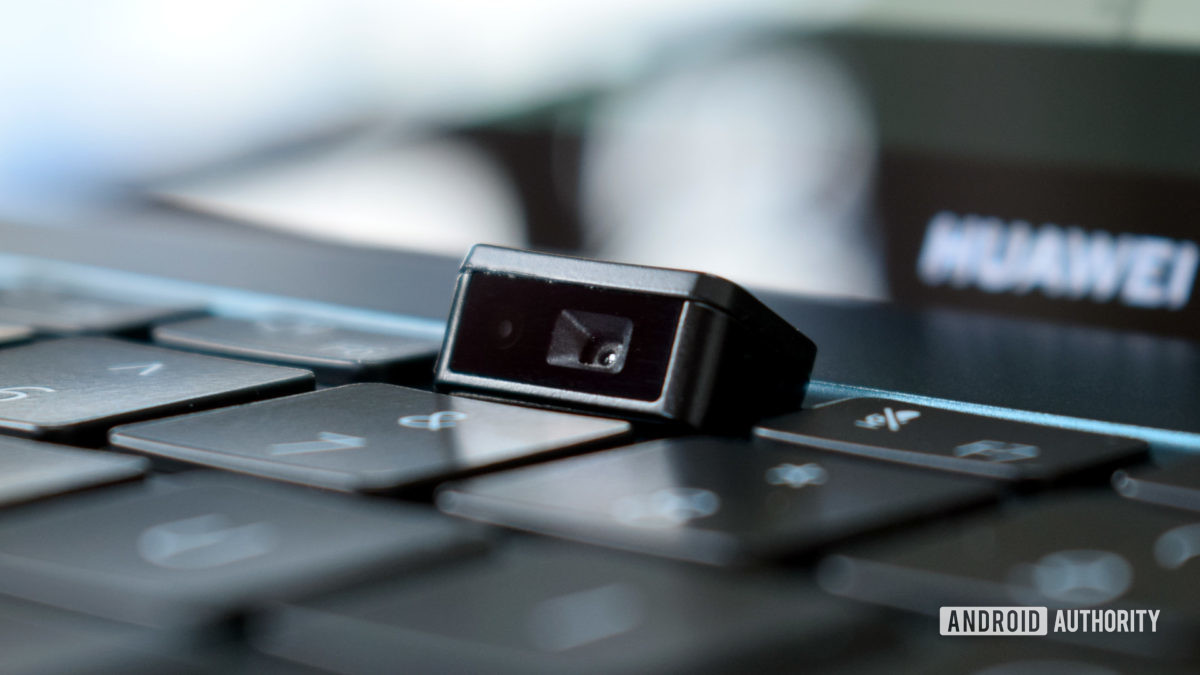 The unchanged design has a few familiar downsides though. The pop-up camera — snugly fit between the F6 and F7 keys — still doesn’t offer great video quality. Likewise, the upward-facing angle is unflattering at best and too low to be usable with the laptop sitting on your lap.

The 10-point touchscreen is a nice touch but it feels a little unnecessary given that the laptop doesn’t transition into a tablet form factor. I’m used to working on a wide-screen laptop, so the display’s 3:2 aspect ratio also feels quite tight when squeezing two windows side-by-side. But it’s perfectly serviceable for multi-tasking. My bigger issue with the display is the noticeable amount of lightbleed along the top edge. Fortunately, the display matches the 1,500:1 contrast ratio 100% sRBG color gamut claimed by Huawei, so it looks pretty good. 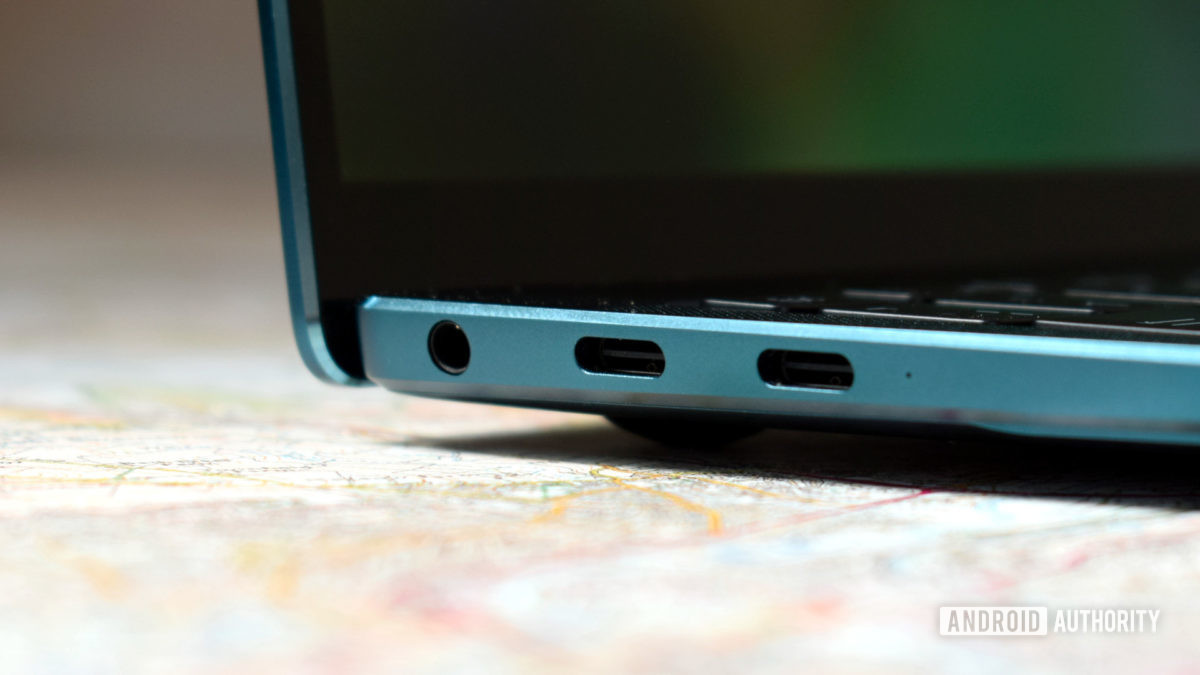 Thin laptop designs always run the risk of reduced battery life. Fortunately, Huawei has managed to keep the same 56kW cell as last year. This is big enough to get you through a full working day so long as you don’t push the laptop’s processing requirements too hard.

Over the course of my working week with the Huawei MateBook X Pro I saw battery life range from as little as four hours when image editing up to eight or so when typing and document editing. I don’t think the laptop will ever make it to Huawei’s promise of 10 hours unless you dim the display to unviewable levels.

Fortunately, the Huawei MateBook X Pro supports 65W fast charging, which fully charges the battery in under two hours. This is achieved through the Huawei SuperCharge adapter included with the laptop or through third-party USB Power Delivery compliant chargers with sufficient power.

Overall battery life is a bit hit and miss, but should serve most users through a working day. Failing that, a short fast charge over lunch will keep the MateBook X Pro running without issue.

How powerful is it? 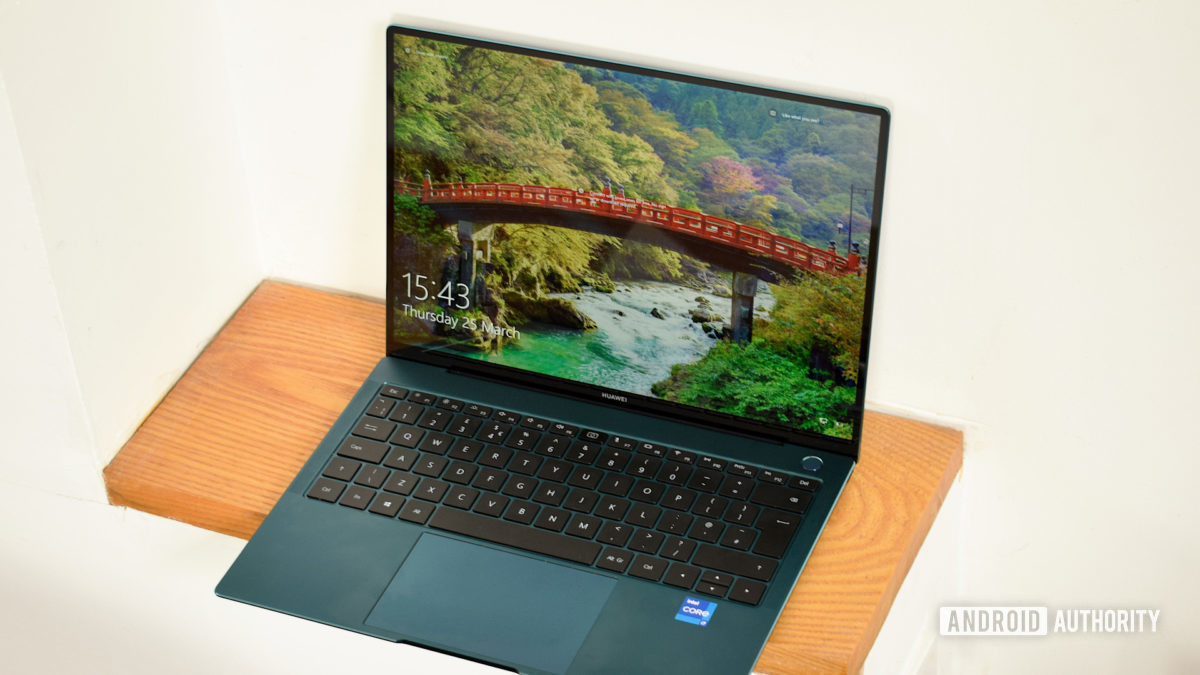 With a high-end 11th Gen Intel Core i7-1165G7 onboard, day-to-day performance is more than adequate. Although Tiger Lake is not a game changer compared to last year’s already snappy Comet Lake chip, I’ve recorded some much-improved benchmark results. With four 10nm CPU cores and eight threads hitting turbo speeds of 4.7Ghz and Intel’s new Iris Xe graphics onboard, this is a decent workhorse.

However, this isn’t the most powerful CPU setup on the laptop market right now. Video editors may want to opt for something with a larger number of cores while serious gamers will definitely find better performance from laptops with a dedicated AMD or Nvidia GPU.

The MateBook X Pro (2021) doesn’t have the most powerful CPU setup, but it’s decent workhorse.

If you’re interested in Huawei MateBook X Pro (2021) benchmarks, it scores 1,461 single-core and 4,151 multi-core in GeekBench 5 when running in max performance mode. That’s quite a bit slower than the Apple MacBook Air’s Apple M1 Arm core but is pretty competitive with the similarly priced HP Spectre x360. Sticking the laptop in better battery mode, which caps the CPU at around 2.7Ghz, scores a more conservative 961 single-core and 4,152 multi-core.

Graphics-wise, the chip scores 1,446 in 3DMark’s Time Spy benchmark, which definitely doesn’t make it into gaming laptop territory. As previously noted, the new fan setup is very quiet and keeps the laptop cool enough to use on your lap. In my day-to-day use, the laptop only notably heated up while fast charging. 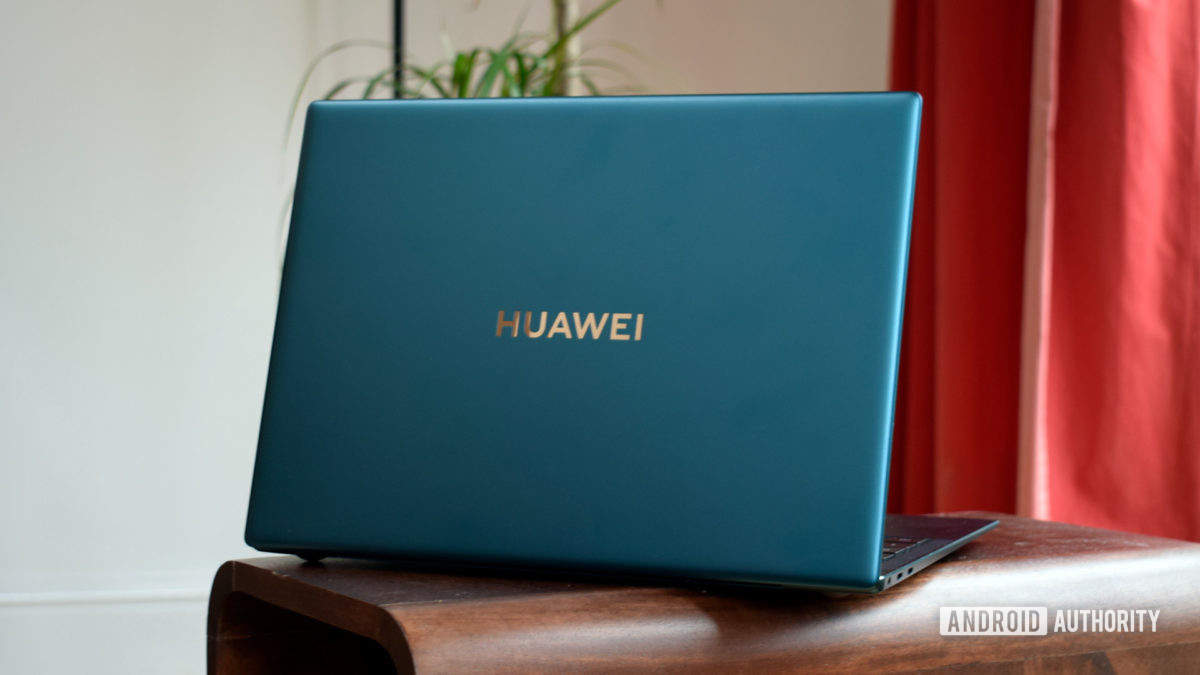 With prices starting at €1,399, the Huawei MateBook X Pro (2021) is an undoubtedly high-end piece of hardware. That’s the same price as the eight-core, 512GB storage model of the impressive Apple MacBook Air (M1), which performs incredibly well for Arm rather than Intel silicon, bar the odd application compatibility problem.

Read more: The best laptops you can buy

Those keen to stick to Microsoft’s Windows platform should certainly have their eye on the near-faultless Dell XPS 13. It boasts similar features, cutting-edge processing options, and a wider 16:9 aspect ratio display. If you’re after something at the really premium end of the market, there’s the HP Spectre x360 13. This 2-in-1 sits in the same ballpark for performance but the premium model includes a fancy 4K OLED screen and LTE connectivity for business on the go.

Overall, the Huawei MateBook X Pro (2021) isn’t glaringly overpriced compared to its competitors but feels like it’s edging close to it. Especially if you look at Apple’s latest MacBook. Those who prefer core specs over Huawei’s albeit compelling aesthetic design may find more of what they’re after elsewhere. 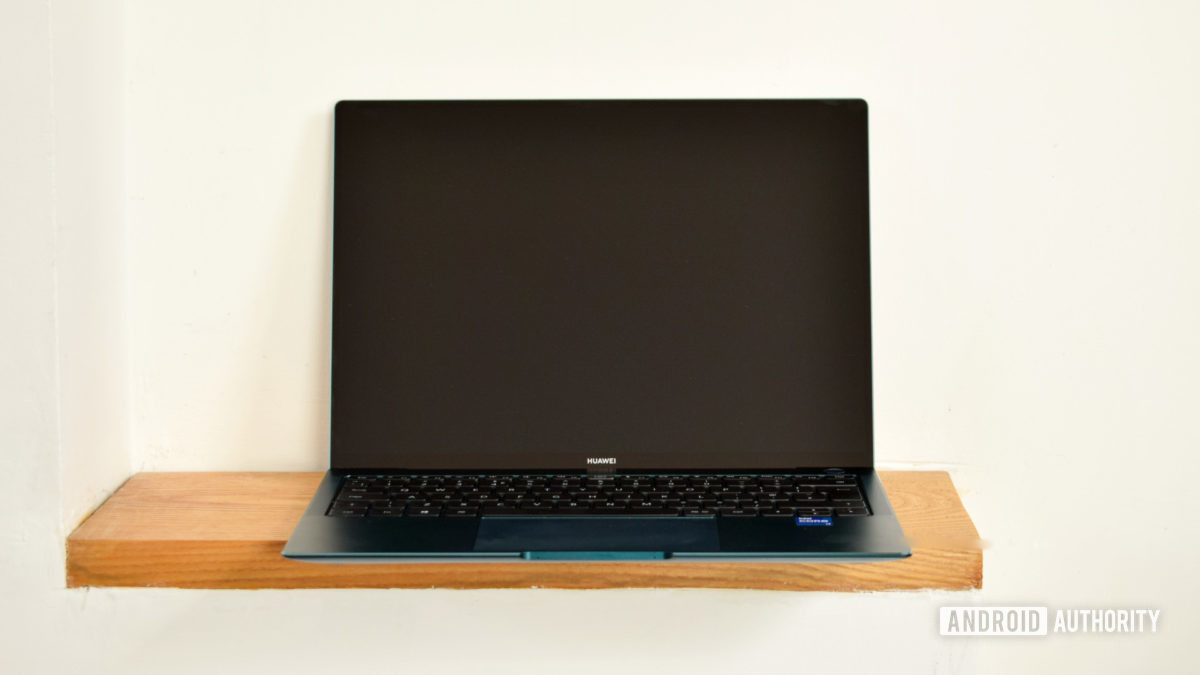 Aesthetics and design are the cornerstones of the MateBook X Pro series and the 2021 model is no different. Not a lot has changed here over the past couple of years but the design still holds up well and remains the main reason to buy this particular laptop. The little improvements to the trackpad and a fast processor are also very welcome.

Performance and battery life are both well suited for day-to-day workloads. Although I’m still not convinced that the battery will consistently last more demanding users through a full day, especially as the laptop ages. Consumers looking for something more niche, like a media editing station or high-end gaming performance, can certainly get more for their money by looking elsewhere.

The MateBook X Pro has style in spades with substance to match.

Ultimately, the Huawei MateBook X Pro still has a few familiar issues, so isn’t a slamdunk recommendation. The 720p nostril-exposing webcam hasn’t aged well at all in an era where consumers have become more discerning about video conferencing quality. Availability is also a bit finicky, with US consumers missing out once again and European consumers paying quite a high price. Still, the Huawei MateBook X Pro (2021) is a fine buy for those looking for a powerful, stylish laptop.

How to watch MotoGP Doha: Live stream the race online