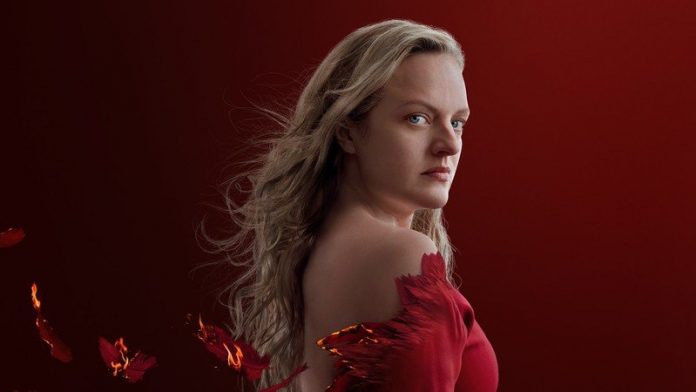 It’s been almost two years but the wait is finally over for fans of Hulu’s The Handmaid’s Tale and we have all the details on how you can watch new episodes from season 4 of the show on TV or online. 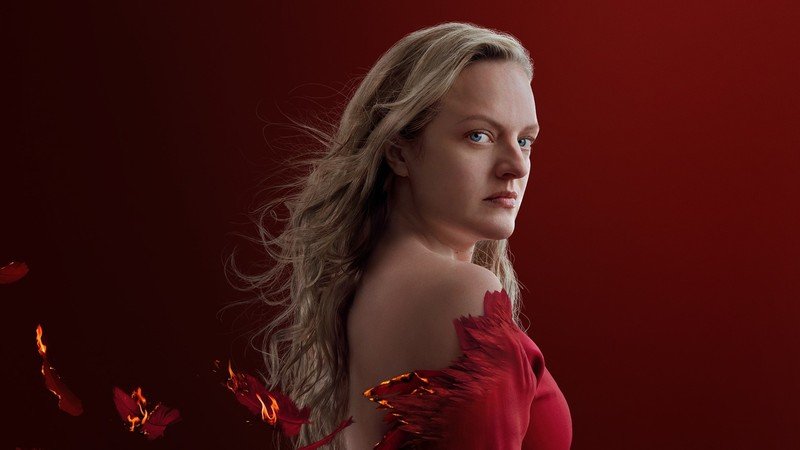 The Handmaid’s Tale is adapted from the 1980s novel of the same name by Margaret Atwood and the show first premiered on Hulu’s streaming service back in 2017. The series takes place following the Second American Civil War and is set in a totalitarian society called Gilead in what was formerly the United States.

As fertility rates have collapsed due to STDs and environmental pollution, women that can still bear children are highly sought after by the ruling elite. These handmaids as they’re called are used as the sexual slaves of the ruling elite and are forced to wear long red dresses, heavy brown boots, and a large white coif to conceal them from public view.

June (Elizabeth Moss) is the main character of the show and one of Gilead’s handmaids. She struggles to survive as a handmaid for the powerful Commander Fred Waterford and his resentful wife. Eventually, though, June decides to make her escape but life on the run proves to be just as difficult as life in Gilead. Season 3 of the show ended on a cliff-hanger with June being shot while trying to help over 100 children escape to Canada and the new season of the show picks up right where it left off.

Whether you’re a huge fan of the book or just want to see if June and the resistance can finally defeat Gilead, we’ll show you how to watch season 4 of The Handmaid’s Tale from anywhere in the world.

The Handmaid’s Tale season 4: When and where?

How to watch The Handmaid’s Tale in the U.S.

If you live in the U.S. and already have a Hulu subscription, you’ll be able to watch the first three episodes of season 4 of The Handmaid’s Tale when it premieres on Wednesday, April 28. There are a total of ten episodes in the show’s latest season and the remaining seven episodes will be released weekly. If you’re not a subscriber yet, Hulu is currently offering a 1-month free trial which should give you plenty of time to test it out yourself.

If you’re considering signing up for Hulu, it’s worth noting that there is also a Disney+ Bundle available that gives you access to Hulu along with Disney+ and ESPN+ for just $12.99. If you just want to watch The Handmaid’s Tale on Hulu though, then the service’s Basic plan costs $5.99 per month while its ad-free Premium plan costs $11.99 per month. Alternatively, you can also sign up for Hulu with Live TV for $64.99 per month to watch the service’s Hulu Originals along with 60 live TV channels.

Stream The Handmaid’s Tale in Canada

Canadian viewers will be able to watch back-to-back episodes from season 4 of The Handmaid’s Tale on CTV Drama on Wednesday, April 28 at 9pm ET/PT. The remaining episodes in the latest season of the show will air weekly at the same time just as they will in the U.S. You can also stream the show online on CTV’s website but you will need to login with the credentials from your cable provider to do so.

If you’ve already cut the cord, don’t worry as you can also stream The Handmaid’s Tale online by signing up for Crave. Crave costs $9.99 per month and your subscription also gives you access to Crave Originals like Letterkenny. There is also a seven-day free trial so you can test it out for yourself.

Watch The Handmaid’s Tale in the UK

How to stream The Handmaid’s Tale in Australia

Alternatively, you can also stream episodes from season 1 to 3 of The Handmaid’s Tale on Stan. The service offers three plans in the form of Stan Basic, Stan Standard and Stan Premium with the biggest difference between them being that you’ll need the Premium plan for $17 per month to watch content in 4K. However, if watching The Handmaid’s Tale in 1080p is fine with you, then the Basic plan for $10 per month should suffice. Regardless of which plan you choose, Stan offers a 30-day free trial so you can test out the service for yourself.