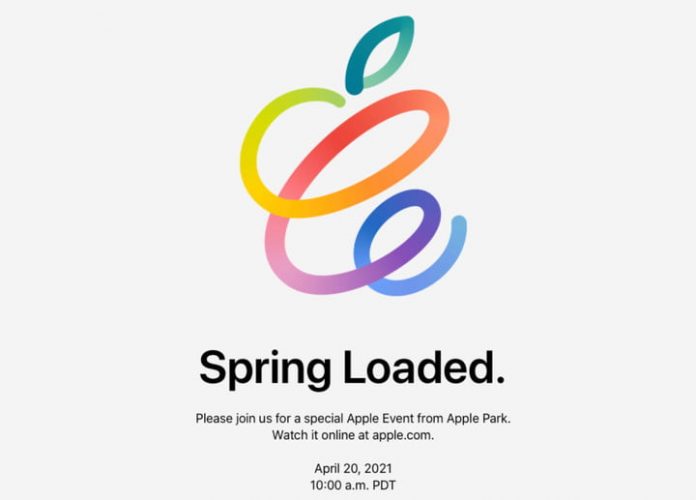 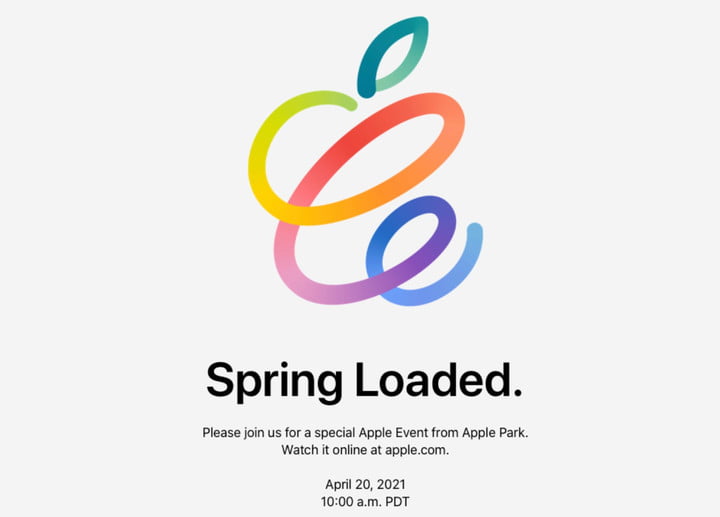 Ahead of Apple’s scheduled WWDC developer conference this summer, Apple has another event planned for later this month. The date was leaked by Siri when users asked when the next Apple event would be; the company’s digital voice assistant responded that Apple had something planned for April 20.

Apple followed this up with an official invite to the event, titled “Spring Loaded.” Here’s everything you need to know about how to watch Apple’s spring 2021 event and what products could be announced.

Continuing with the trend for recent press events and media announcements during the global pandemic, Apple’s Spring Loaded event won’t be held in person. Instead, like prior events, the Spring Loaded event will be broadcast online, with press, dedicated Apple fans, and general viewers invited to view the livestream to see what will be unveiled.

“Please join us for a special Apple Event broadcasting from Apple Park,” Apple’s email invitation reads, noting that the livestream, which takes place at Apple’s Cupertino headquarters, can be viewed from Apple’s event website.

The event is scheduled for 10 a.m. PT on Tuesday, April 20, which means people on the East Coast can tune in at 1 p.m. ET. The livestream will be available on Apple’s website and on YouTube in the embedded video above.

What to expect from the Spring Loaded livestream

True to the company’s tradition of delivering surprises through its keynote presentations, Apple did not disclose what it intends to reveal at the event. However, in recent months, there have been rumors of new iPads, updated iMacs, a new Apple TV, and the much-anticipated AirTags.

Given that the stylized Apple logo for the event appears to be hand-drawn, new tablets could be on the horizon. Prior to the Apple’s Spring Loaded announcement, there were rumors that the Cupertino, California company could refresh its iPad Pro models with a new mini-LED screen-backlighting technology. Given constrained supply chains during the pandemic, mini-LED panels could be in short supply, and Apple could face shortages of new iPad models, at least initially.

The iPad mini is also rumored to be getting a refresh, and there are speculations that Apple will boost the screen size to 8.4 inches while retaining a more traditional design, with top and bottom bezels and the Touch ID button. This suggests that slim bezels with a Face ID camera won’t be making the cut on one of Apple’s most affordable tablets.

If you’re after new Macs, a number of Apple desktops are now long in the tooth. Most notably, we know a new iMac with a completely redesigned chassis is in the works. It will also sport a more powerful version of the M1 processors.

Other accessories that could debut at the Spring Loaded event include a refreshed Apple TV with a redesigned remote that can be tracked in Apple’s Find My app as well as first-party AirTags tracking devices.