HomeNewsGoogle Duo: What is it and how does it work?
News

Google Duo: What is it and how does it work? 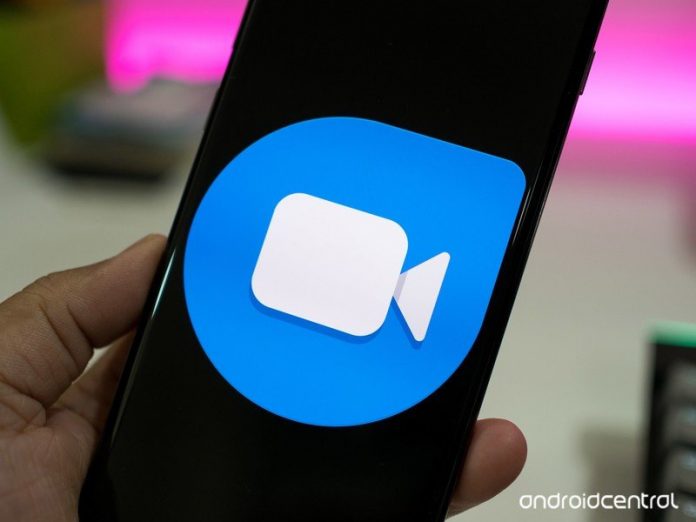 If you’re not using Duo for video calls, you’re missing out. 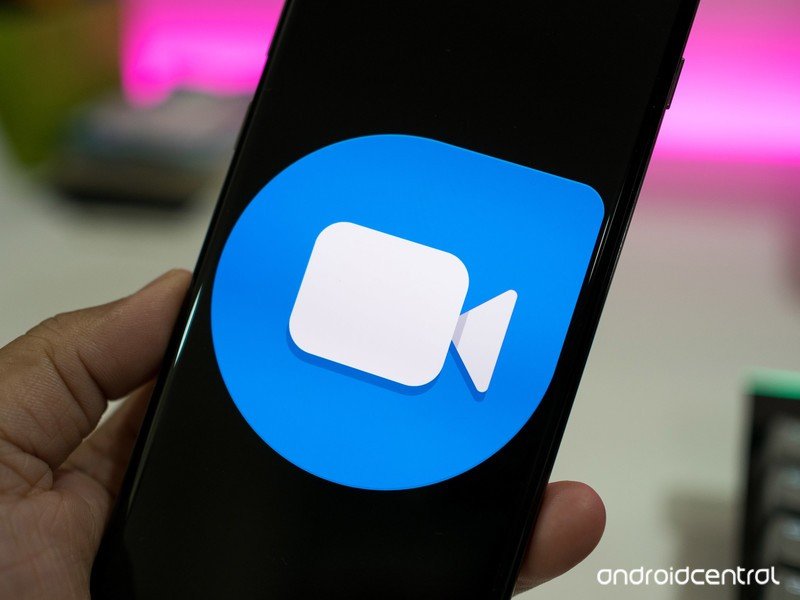 Google Duo has been around now for several years, and during that time, it has become one of the most feature-rich video calling services available in the market. Duo launched alongside Allo as Google tried to simplify its messaging strategy — offering one app each for text messaging and video calling — and while Allo was waylaid in 2019 over low usage figures, Duo has grown from strength to strength. The service has amassed over a billion downloads and is now pre-installed on all new Android phones.

Here’s everything you need to know! With a minimalist user interface and rock-solid reliability, Duo is the best video calling service around. Duo stays connected even when you’re on a weak 2G signal, you get to make audio calls, and all video and audio calls are end-to-end encrypted. 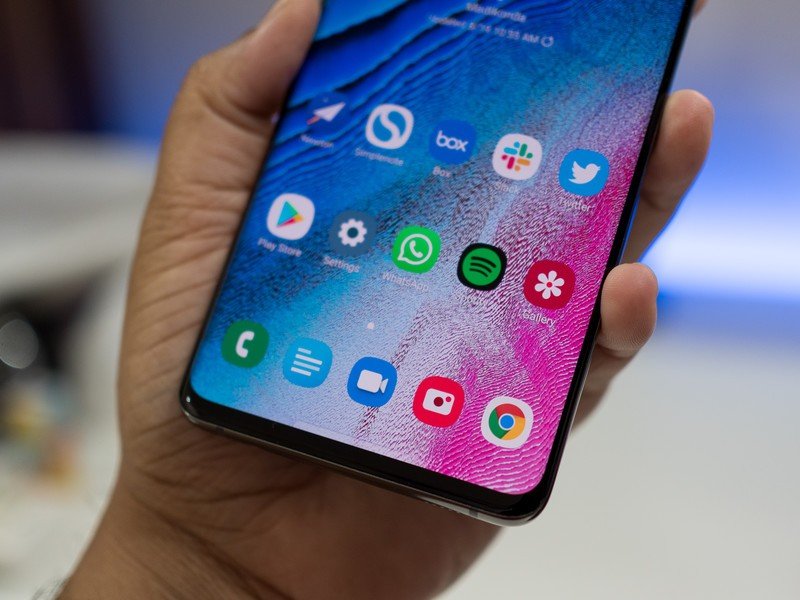 Duo is unlike other video calling services in that it is extremely straightforward and easy to use. All you need to do is sign in to the app, select a contact you wish to call, and tap the video call button. The interface is as minimal as it gets; you just see a list of contacts that have Duo installed, and there’s the option of inviting your friends over for those that don’t already use Duo.

Video calls on Duo are at 720p resolution, and one of the best features of the service is that it works even if you have a weak cellular connection. Sure, the video quality isn’t going to be great, but you won’t notice any interruptions even on a 2G signal, and that’s a big deal. Duo automatically switches between a Wi-Fi or cellular signal based on the connection’s quality, and it’s done seamlessly in the background.

If you’re using Android 8.0 and above, you can take advantage of picture-in-picture to continue your Duo video call even when you’re using another app. The Duo call will resize to a small window at the corner of the screen.

You can make regular voice calls from Duo In addition to video calls, you can also make regular audio-only calls on Duo. Just select a contact, and hit the Audio call button to place a call. Like video calls, audio calls on Duo don’t take up a lot of bandwidth, are reliable, and the quality is fantastic. It’s the last point that makes Duo particularly great for audio calls, and more often than not, I just use Duo instead of my carrier just because of how much clearer the audio quality tends to be.

Use your phone number and link with your Google account

Like WhatsApp, Duo works primarily with your phone number. You’ll have to sign in to the service with your phone number and verify it, following which you will be able to link your Google account to the service. Doing so automatically logs you into Duo across devices, removing the hassle of SMS verification. Contacts that have your Gmail address will also be able to see that you have Duo, allowing them to call you directly.

Duo pulls up a list of your contacts with the service installed, making it easy to start a video call with your friends and family. You can also access Duo on multiple devices at the same time. This wasn’t possible in its early days, but Google has since rolled out the change based on user feedback.

Access Duo from your phone, tablet, or the web Duo has made its way to iOS, and Google has also introduced a web client. What’s great about Duo’s cross-platform availability is that the experience is unchanged whether you’re using Android, iOS, or the web.

For the web client, you’ll need to head to duo.google.com. Just like the Android app, Duo’s web interface is sparse, and you’ll be able to see your recent calls as well as your contacts list. Starting a call from the web client is just as straightforward as on Android: just select the contact you wish to talk to and choose between a video or voice call. And now, you can finally make group calls with Google Duo on the web with up to 32 of your closest friends!

Duo is also integrated into the dialer on Android One, Pixel, and newer Samsung Galaxy and OnePlus phones, allowing you to switch to a video call seamlessly.

If you have a ChromeOS device like a Chromebook or Chromebox, you can either use Duo on the web, or download the Duo app from the Play Store.

Knock Knock shows a live preview of an incoming call Knock Knock lets your recipients get a live preview of your video before they pick up the call. You’ll only be able to see their video once the recipient accepts the call. The feature makes things that much more personal, and it is limited to people you already have in your contacts list. If you’re uncomfortable sharing your video before the call goes through, there’s always the option of disabling Knock Knock.

All video and audio calls are encrypted 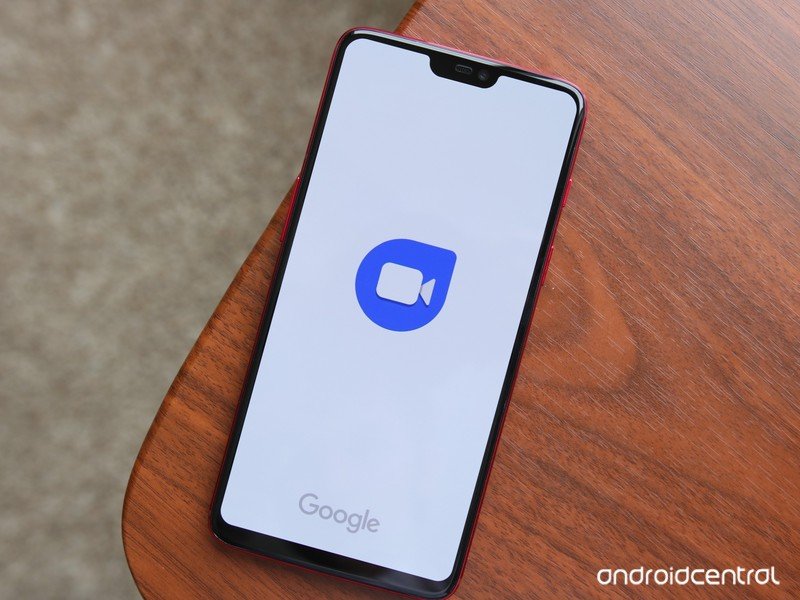 One of the core tenets of Duo is end-to-end encryption. All video and audio calls made using the service are encrypted by default, regardless of whether you’re using the Android or iOS app or the web interface. That means you’re guaranteed privacy when you’re on a video call with friends or family.

Group calling lets 32 people join a call at once

Duo started with one-to-one video calling, but Google has added more and more features to turn it into a robust platform. First up was audio calls, and later Google rolled out group video calling.

With Duo, you can now have up to 32 people on a call at once. To do so, you’ll have to set up a group and hit Start, following which all members in that group will get a notification to join the call. This now works from the app and the web.

Duo lets you send video and voice messages to contacts 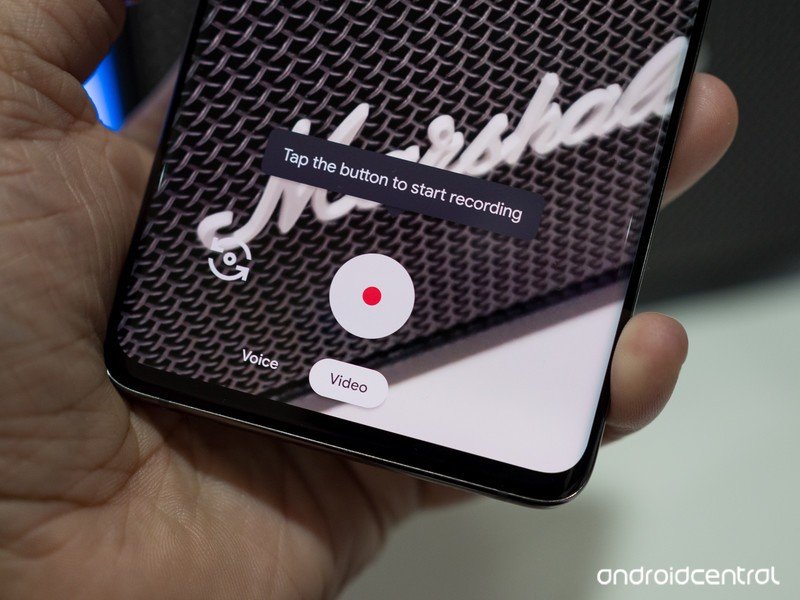 If your contact doesn’t pick up, you have the option of sending a message. You’ll be able to leave a video or audio message that lasts up to 30 seconds, and there’s the option of adding a text overlay with additional filters.

You can also send a message without having to call someone: just swipe down in the app, and you’ll see the message window. Messages are retained for 24 hours from the first time you play them, and you can also save them on your device by downloading them.

Duo is the default video calling app on Smart Displays 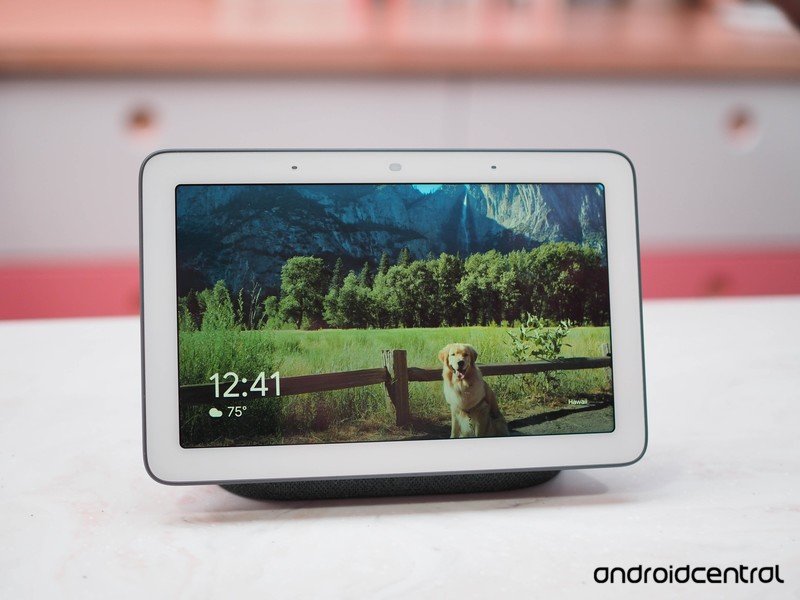 If you’ve got a Nest Hub, JBL Link View, or a Lenovo Smart Display, you’ll be able to sign in to Duo from the device to make video calls. You’ll have to use voice prompts to initiate or end a call.

Don’t burn through your data limit with data saver 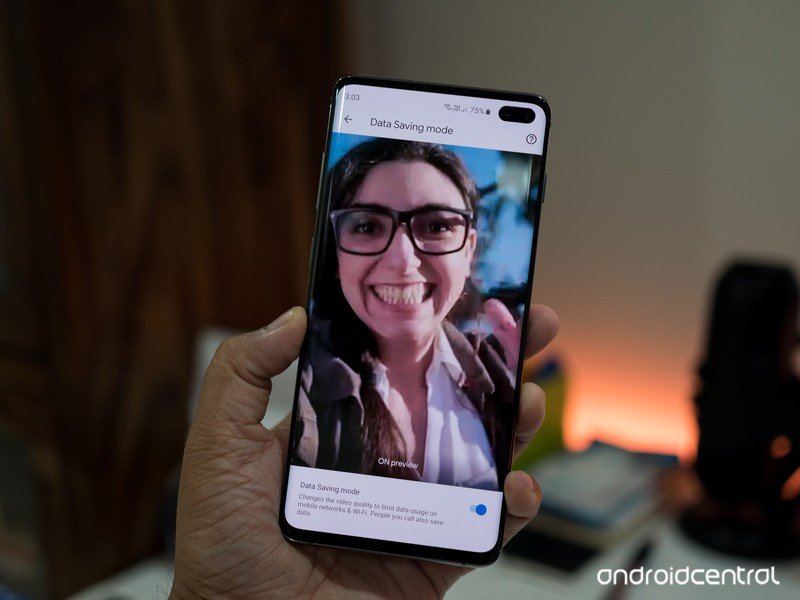 One of the standout features in Duo is the data saver mode. You’ll be able to toggle the feature by heading to Settings -> Data Saving mode and enabling the feature within Duo. Doing so gives you a preview of the video quality, and while the quality isn’t stellar, it ensures you don’t use up your data plan. Duo, by default, limits bandwidth to about 1Mbps over cellular, and data saver goes above and beyond that to cut down on data usage.

In addition to this manual setting, Google has introduced a new audio codec called Lyra into messaging apps like Duo that allows for higher-quality audio on low-bandwidth networks. This way, even if you’re in a location without a great network, you can still have a good audio call experience.

With a minimalist user interface and rock-solid reliability, Duo is the best video calling service around. Duo stays connected even when you’re on a weak 2G signal, you get to make audio calls, and all video and audio calls are end-to-end encrypted.

Facebook
Twitter
Pinterest
WhatsApp
Previous articleHide.me VPN deal gets you a year of Premium for $45 plus three months free
Next articleOddworld: Soulstorm, Days Gone, and more free this month on PS Plus