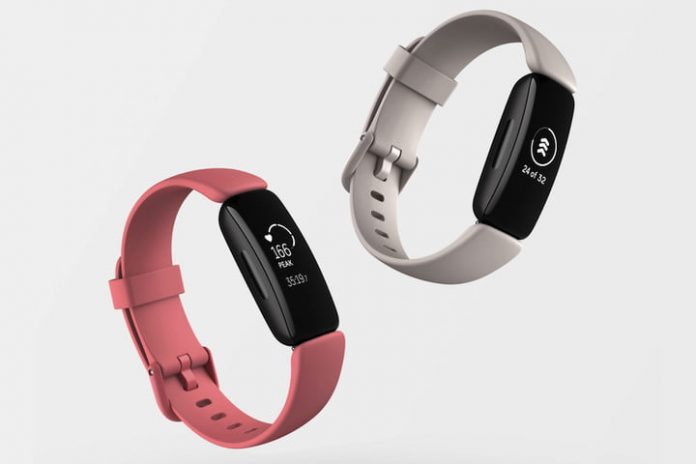 The Fitbit Inspire 2 is a traditional fitness tracker that packs the most important health features that you can expect from a health-focused wearable device. It comes with a step counter, a heart rate monitor, a sleep tracker, and the Relax app for guided breathing exercises, among others. The Fitbit Inspire 2 also offers water resistance of up to 50 meters, as well as a 10-day battery life that’s possible due to its low-power display.

If all you need is a simple fitness tracker and not the advanced features of modern smartwatches, the Fitbit Inspire 2 could be the wearable device for you. Fitbit is selling it with a $30 discount, lowering its price to $70 from its original price of $100. This deal will only last till April 24, so if you want the Fitbit Inspire 2 on your wrist as soon as possible, you should click that Buy Now button immediately.

If the Fitbit Inspire 2 is too basic, you might want to take a step up to the Fitbit Charge 4. It’s the top choice in Digital Trends’ best fitness trackers for 2021, and for good reason. It comes with a full roster of features for tracking workouts and health metrics, with all the data shown on the Fitbit app on your smartphone. The app also functions as a motivational tool as it rewards you for reaching your goals. The smartwatch also adds GPS support to track your workouts, such as the distance of your run, even without bringing your smartphone with you.

The Fitbit Charge 4 packs immense value at its original price of $130, so it’s an even better deal with the $30 discount that lowers the fitness tracker’s price to just $100. This deal will only last till April 24, so if you’re already looking forward to the activities that the Fitbit Charge 4 can track for you, you should click that Buy Now button as soon as you can.

The Fitbit Versa 3, like its predecessor, the Fitbit Versa 2, expands the wearable device’s functions as a fitness tracker so that it can better function as an all-around smartwatch. The latest version adds GPS, which is important for runners and cyclists in tracking their workouts, and the PurePulse 2.0 heart monitor, for more data points and the utilization of machine learning for more accurate and comprehensive heart data. As a smartwatch, you can reply to messages on Android smartphones, control the playback of streaming music, and pay for in-store purchases through Fitbit Pay.

The Fitbit Versa 3 pushes the company’s fitness trackers firmly into the smartwatch territory. If this is the wearable device that you want on your wrist, you should take advantage of Fitbit’s offer that slashes $50 off its original price of $230, for a more affordable price of $180. This deal will only last until April 24, so if you want to acquire the Fitbit Versa 3 without paying full price, you shouldn’t hesitate to click on that Buy Now button.

Facebook
Twitter
Pinterest
WhatsApp
Previous articleSave every bit of data with the WD Easystore 14TB hard drive down to $220
Next articleAcer Aspire 5 (2021) review: Not easy on the eyes