Home News FFVIII Remastered makes its way to Android — is it worth it?
News

FFVIII Remastered makes its way to Android — is it worth it? 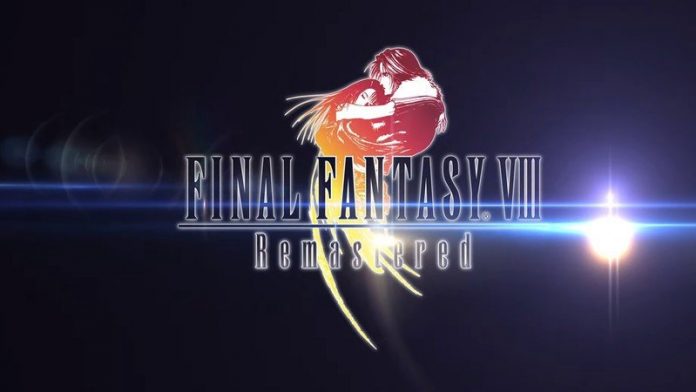 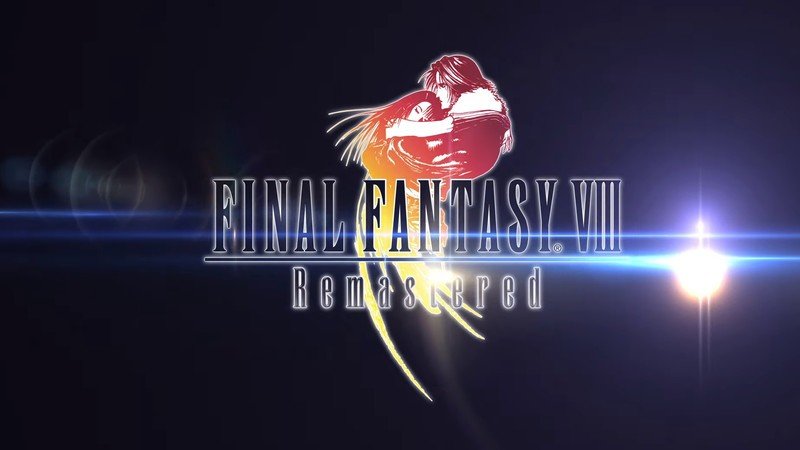 It may have lived in the shadows of its siblings, but Final Fantasy VIII, the black sheep of the family, refuses to be forgotten.

Final Fantasy VIII is often cited by casual and diehard fans alike as one of the worst installments in the series, a reputation that I can admit it deserves. Arriving on the heels of Final Fantasy VII with a new look and an angsty attitude, FFVIII took some pretty massive liberties with the standard JRPG formula that didn’t all land as well as many players would have liked.

FFVIII is wonderful because it has a grandiose, bananas story that puts some other JRPGs to shame. Graphically, it was a groundbreaker of its time, and the cutscenes still look pretty good even by today’s standards. Combine that with the less polygonal, more human character models, and it’s not hard to see how this game would have been mind-blowing in 1999. It also boasts one of the best soundtracks ever created by Nobuo Uematsu and a fascinating and immersive setting that will keep you engaged for hours and hours.

On the other hand, FFVIII has been called terrible because it shook up the standard gameplay mechanics associated with its genre in favor of what many would argue was an overly complex, unintuitive system. Think you can use spells by spending MP? Nope, you can’t do that here. Want to earn cash by defeating enemies to buy new weapons and armor? Too bad, that’s not a business model this wild child subscribes to. Miss the materia system from Final Fantasy VII? Buddy, you and me both.

But you have to give credit where credit is due. For better or worse, Final Fantasy VIII wasn’t afraid to radically depart from the carefully crafted formula used by so many other JRPGs. Now, with the remastered version available for Android, let’s head into the fray once more to rediscover what Final Fantasy VIII has to offer. 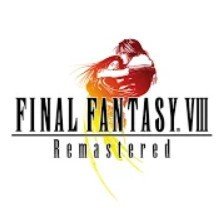 Bottom line: Final Fantasy VIII Remastered features an imaginative sci-fi-fantasy world full of complex characters and an even more complex combat system. It’s not for everyone, but if you’re brave enough to venture off the beaten path, then this unusual installment in the Final Fantasy series may be just what you’re looking for. 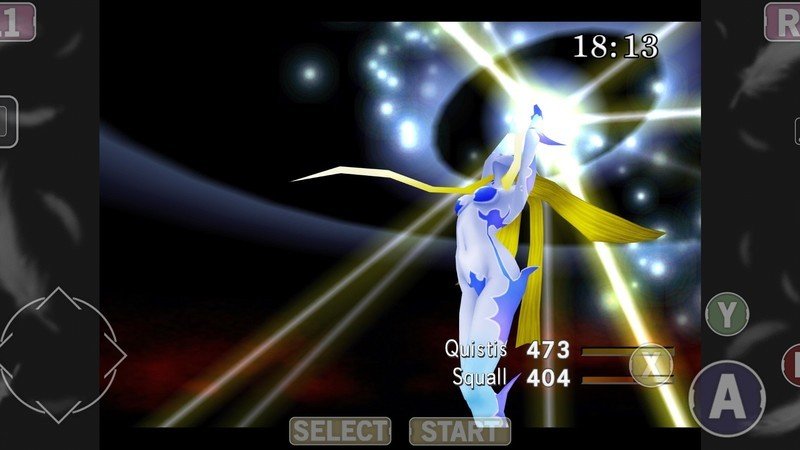 The story, characters, and setting are the strongest parts of Final Fantasy VIII in my book. FF8 drops you into a world that is instantly filled with drama as the game opens on a brutal duel between two young men, Squall and Seifer. After being injured in this scuffle, you wake up in the infirmary as the main character, Squall. A moody kind of guy who seems to have no time for trivialities like friendship or love, Squall is divisive in his own right, with many players complaining that he’s just too angsty to take seriously.

Although hard to like at first, Squall is a great example of what Final Fantasy VIII is trying to show you. That no one is ever just what’s on the surface and that we all have deeper facets of our personalities that can grow and change with time and experience. In typical Final Fantasy fashion, Squall is joined by a colorful cast of characters. They embark on an epic and wild journey through space-time in an immersive sci-fi-fantasy setting to defeat a mysterious evil.

Now, stay with me here because the next thing I’m going to say is pretty polarizing. When I first tried to play Final Fantasy VIII as a child, I loved the concept but could not finish the game because I never fully understood the combat system. Replaying this game as an adult, though, I finally see the incredible potential that VIII was aiming for all along. I won’t sugar-coat it; VIII’s combat system, which is largely defined by the GF (Guardian Force), Junction, and Draw system, is not intuitive. What’s worse, the in-game tutorials really don’t do anything to help explain it and actually make it more confusing by being too text-heavy and placing tutorials in sections of the game where their usefulness isn’t maximized.

If you can power through the confusion, there’s an exceptionally customizable and powerfully exploitable combat system underneath

However, if you can power through this initial confusion and maybe look up a few videos to help explain the hundreds of abbreviations better, you may just find that there’s a rough diamond under all that dirt. There’s an exceptionally customizable and powerfully exploitable combat system. It may just be that I have a few more wrinkles on my brain now, but I am finally having a ton of fun just messing around with Junctioning to see what happens if I put X thing in Y slot for Z character. 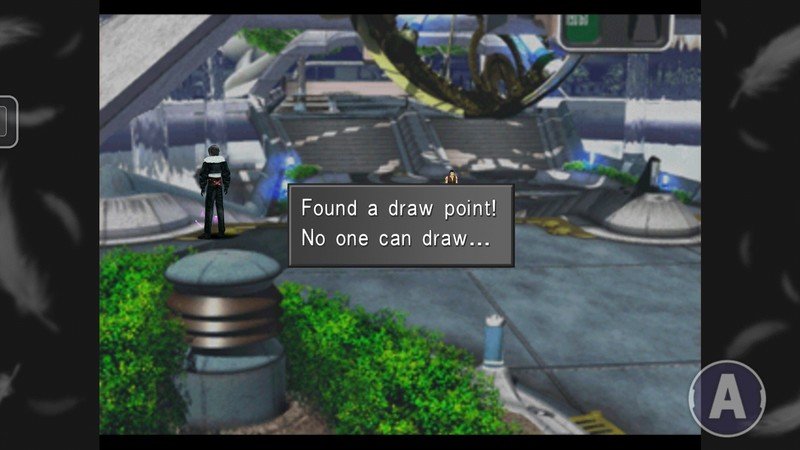 The flipside of the combat system’s coin is that the gameplay is so opaque that many folks simply don’t see value in pushing through to the other side. I cannot fault anyone for that stance; I’ve been there, and I get it. It would take a dissertation to try and explain why the combat is as divisive as it is. I won’t subject you to that, but what you do need to know is that FFVIII took many core functions from JRPG mechanics, like magic and summons, and smashed them all together to create one super system, in a sense.

By many player’s standards, FFVIII is just too complicated to be fun

The easiest example I can give of this would be the magic system. Rather than having MP and learning new spells through game progression, FFVIII uses the Draw system, wherein spells are consumable items. Let’s say you’ve got one of Final Fantasy’s staple magic attacks, Thunder. Well, in FFVIII, Thunder isn’t an infinite resource that you can keep using as long as you have the magic points to cast it. It is instead a one-use “item” that you have to refill and stockpile using Draw. Draw is an action that you can use on an enemy during combat to pull the magic right out of them or that you can use at fixed Draw Points located throughout the world to pull out a pre-determined spell. This is an oversimplification of the concept, but it’s already too long, highlighting the problem with FFVIII. By many player’s standards, it’s just too darn complicated.

As for the port itself, it has a few glaring issues as of this article’s writing. The first big issue is that the game currently doesn’t support the use of controllers, so your Razer Kishi will be tragically useless. As I mentioned earlier, the touch screen controls aren’t bad, but lacking any controller functionality could easily turn prospective players off, especially one as long as FFVIII. It also doesn’t support cloud saves yet, which is another big tick under the Con column.

Finally, some players have been reporting game-breaking technical issues like screens being superimposed over other portions of the game where they don’t belong. I didn’t experience this myself, but enough reviewers have reported that it’s clearly a known issue. The hope is that all of these issues and bugs will be fixed with time, but it’s worth keeping these in mind as you consider whether or not you’re going to drop twenty bucks on a twenty-year-old game.

Final Fantasy VIII Remastered: Should you play it? 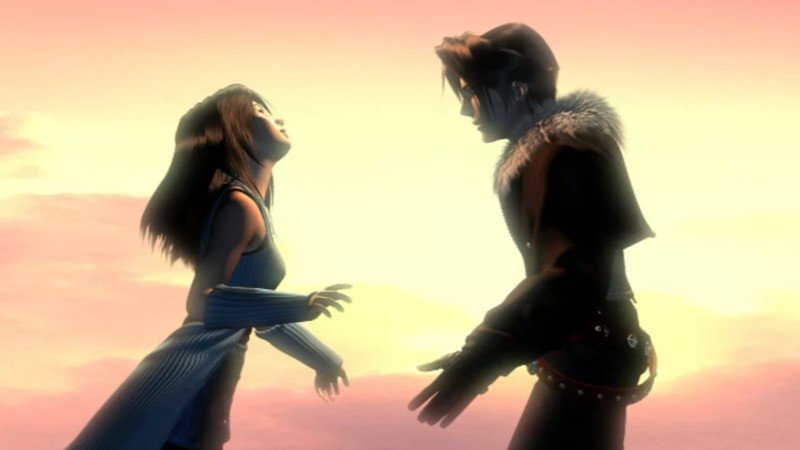 “Should you play it?” is a loaded question when it comes to FFVIII. If you’ve played it before and loved it, then sure, you’ll probably have a great time getting to play the remaster on mobile. Or maybe you haven’t played VIII before, but you’re tired of the standard JRPG formula and want to give something new a shot. If that’s the case, FFVIII might be just what you’re looking for! But if you come into FFVIII expecting a standard JRPG experience, you may find yourself sorely disappointed, and more likely than not, confused.

It also can’t be forgotten that the Android port currently lacks a few standard features that make it hard to justify the comparatively high price tag. I might recommend that you wait until there are a few more updates before taking a wild ride on the Doom Train any time soon. With just a few tweaks, this could be one of the best ports available for Android, but it’s just not there quite yet.

Bottom line: As badly as I want to give this game a higher rating, FFVIII on mobile currently lacks key features that could make it an incredible port. When/if cloud saves and controller support are added, then this game can easily be a must-have for your mobile Final Fantasy library.

Facebook
Twitter
Pinterest
WhatsApp
Previous articleShould you upgrade from the Fitbit Versa 2 to the Fitbit Versa 3?
Next articleUGREEN’s HiTune T2 earbuds will make you wonder why AirPods cost so much